This is a “Janapada” song in Kannada, also later became a popular movie song. It showed the glory of the falls in those days. But, that was until Sir M. Visweshwaraiah visited the falls and said “What a waste!!” A massive dam was built for generation of electricity and the falls lost its natural glory.

This was the state of the falls when I visited in last December. 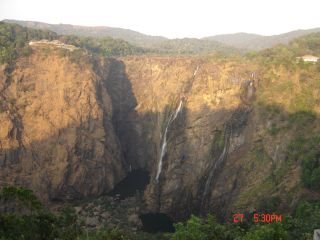 Last week, I had been to my native place “Talavata”, near to jog falls and had the opportunity to see the falls in its full glory. All 11 gates from the Linganamakki dam were opened. 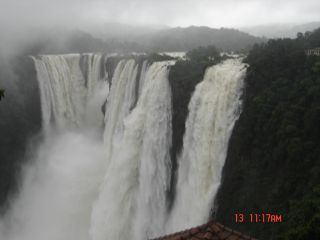 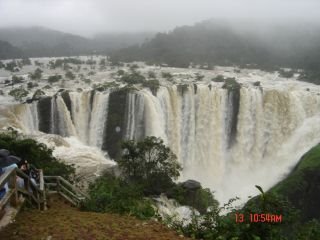 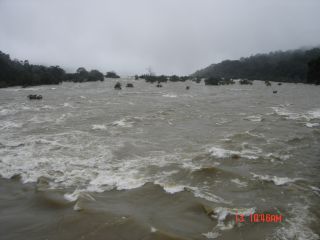 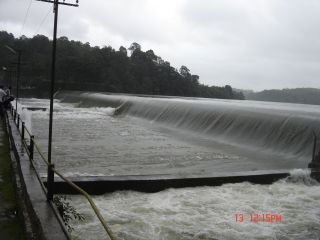 The Linganamakki dam was closed for general public. So, we had to climb a hill to get the view of the dam. 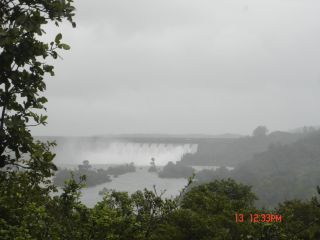