I had visited Kukke Subramanya several times. It formed the “base camp” for Kumara Parvatha and railway track treks. But this time I went as a pilgrim with my family. Since Dharmasthala was nearby, it was also added to the itinerary.

The journey till Shakleshpur was great, but the troubles started after that. The Shiradi ghat road was at its worst condition. A nightmare for the man behind the steering. And adding salt to the injury are the monster trucks on the road. 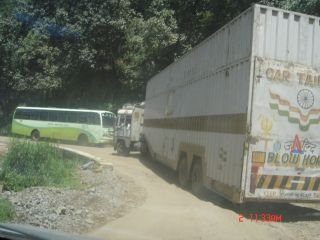 The next two hours drive was very tiring and was cursing myself for taking this “National highway”. The more scenic “Bisle” could have been a better choice.

At Gundya, took the deviation to Kukke Subramaya. Even after several celebrity visits (latest being our Tendulkar), this road is in worst condition. The 22 kms took me 45 minutes. Finally, reached Kukke at 12:45PM. We got decent rooms at Ashlesha for very nominal price.

The Kumaradhara river at Kukke Subramanya. 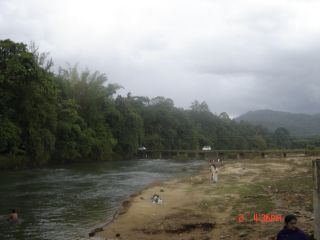 The Subramaya temple under the foothills of mighty Kumara Parvatha (covered under clouds). 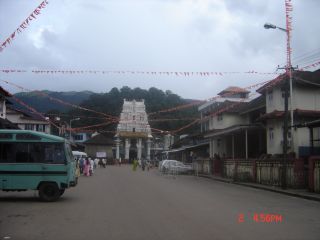 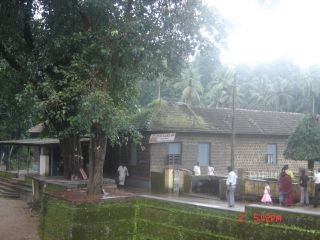 Next day, we went to Dharmasthala. We had to stand in the queue for 1 hour for the darsan. I was impressed by the cleanliness of the place and the arrangements for the visitors. 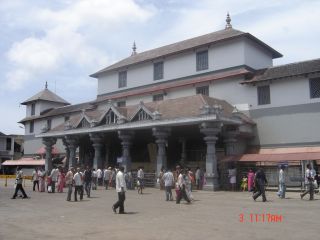 We decided to take the Charmadi ghat route for the return journey. The distance was more but we could avoid the hopeless stretch of Shiradi ghat road.

The view of Arbi Bandaje falls(a small white line) at the beginning of the ghat. This was the place where I did my first trek during my college days. 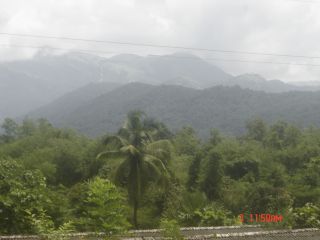 The Charmadi ghat road. Monsoons are just over and green everywhere. 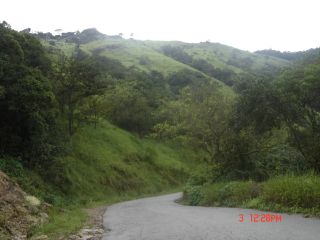 A waterfalls on the way. 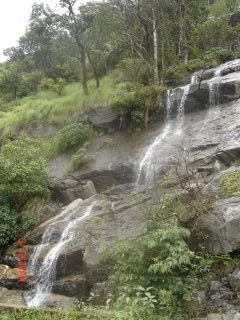 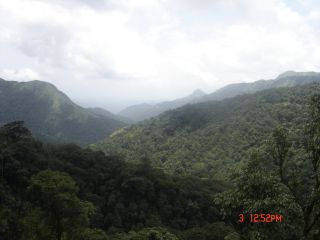