I had this desire of going for white water rafting for a long time. This materialized last weekend. A quick trip was planed to Dandeli, in Uttara Kannada district. Myself and my wife started on a Friday night on 8:45 KSRTC bus. It took 11 hours and we were in Dandeli at 8AM. We checked in into Jungle lodges which is about 2 km from the town. We got a nice room facing Kali river.

After breakfast we went for a coracle ride. The Kali river was in full flow thanks to the water released from the dam upstream for the generation of electricity. The coracle ride lasted for an hour and we found a couple of crocodiles. Locals said there were some 200 of them. 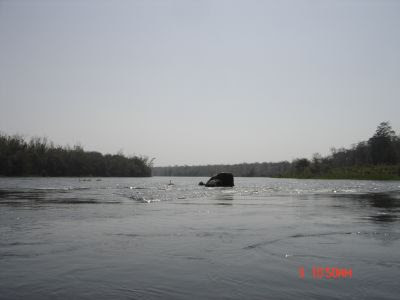 After lunch, was the most exciting part of the trip, white water rafting. It starts from a place called GaneshGudi, 20 km from Dandeli. On the way we saw Supa dam, the biggest dam among the series of dams built on Kali river. 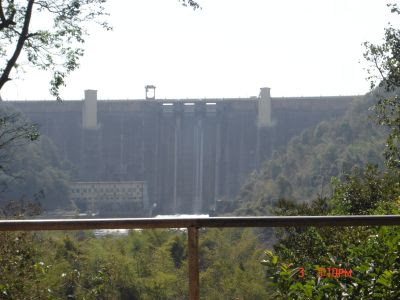 We were introduced to the rules of the rafting and after wearing the life jackets and helmet, we were on the raft. 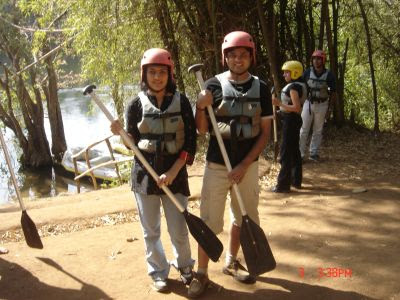 Very soon, we were at the first rapid and also the biggest one. We could feel the rush of adrenaline as the raft slid into the rapid. Bad part was that i could capture these events in my camera. All along the rafting, we just needed to follow the instructions by the trainer. We passed through some nine rapids and in some places where the water was placid, we jumped into the river. The rafting lasted for about 1.5 hours and it was an experience to remember. I am planning to do more of this kind in the coming days. 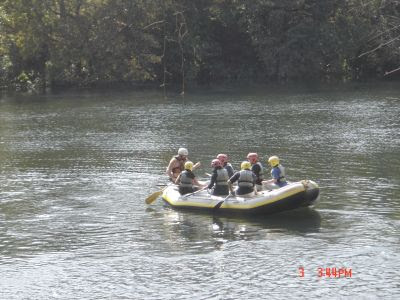 Evening, we spent sitting idly on the river banks in the resort. The next day started with a safari to the Dandeli wildlife sanctuary. The forests were dense but very few wild animals. We spotted a jackal, couple of Sambar deers and few peacocks.We also went to a view point which offered the bird view of the wild life sanctuary. 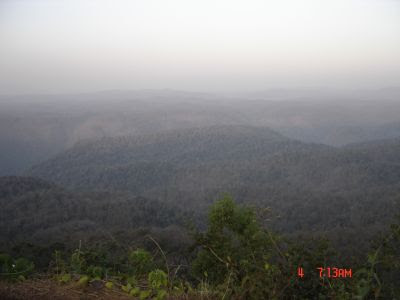 We checked out after lunch and went to Dharwad. We then took an overnight bus to Bangalore after spending a few hours at my cousin's place in Dharwad.

Information:
Dandeli is about 500 kms from Bangalore and there are many KSRTC and private buses. It is some 60 kms from Dharwad.
Stay:

There are not many places in Dandeli town itself but there are few good resorts near Dandeli.

1. Jungle Lodges is a nice place with a very good quality of service. They arrange for the tours inside the national parks.
2. Kulgi adventure camp is a budget option which is run by Forest department.
3. Bison river resort
4. Hornbill river resort