29th July 2007
Sunday morning, I got up with a lazy mood. With nothing to do, I felt bored and decided to visit Kokkare Bellur, a bird sanctuary near Bangalore. I and my wife started towards Mysore and reached Maddur in an hour. It took quite an effort to find the route to Kokkare Bellur. I had a make a couple of U turns and ask 4-5 people to get into the right path.

Direction: After Channapatna, go towards Maddur. Before Maddur, is a village Rudrakshipura. It is just before the BPL factory. Take a left turn here and Kokkare Bellur is another 12 kms on this village road.

The road was quite bumpy. In a state where the National Highways are in a pathetic condition, to expect a good village road would be ridiculous. 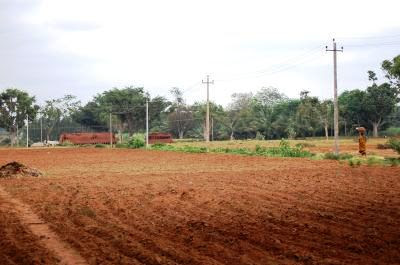 When we reached Kokkare Bellur village, we could not see any birds. We asked a villager and he said that the season was over and there were only 3 or 4 Pelicans left!! Needless to say, we were disappointed. I should have checked for the birding season before. We went inside the village to see the remaining Pelicans. As soon as I stopped my car, we were surrounded by a group of children. They took us to a place where there was a lone Pelican sitting on a tree. We came to know that during season they will be in hundreds and everywhere. Unlike typical bird sanctuaries, Kokkare Bellur does not have a lake. But there are water source like Shimsa River some kms away. 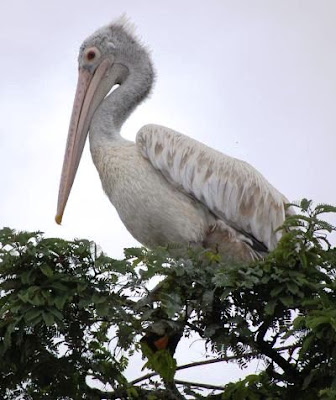 We decided to return back as there was nothing much to do other than watching the lone Pelican. The children then started begging for money. There were some twenty of them. Usually, I shoo away the people who indulge on begging. But looking at their innocent faces, we gave away whatever coins we had. We cannot blame them, the poverty that is driving them to beg.

While returning, another gang of people were heading towards Kokkare Bellur. We suggested them to return as the place was devoid of any birds. We continued our journey as they started discussing themselves about their future course of action. We had our lunch at Kamath Lokaruchi.

It was not a great trip, but definitely I will visit the place again on next March for the Pelicans.