I was confined to Bangalore for the last two months. When YHAI Bangalore announced an ambitious trek to conquer Amedikallu and Ettina Bhuja, I promptly joined the trek. Twenty people started from Bangalore on the Friday night on two Tempo travelers. The team was logically divided into two groups. Ten of us (Aravind, Subbu, Aishwarya, Murali, Maithree, Girish, Chandru, Jayanth, Pratap and Lakshmi) had some experience of trekking. The others were the students from a management institute and were first timers for the trek. (Henceforth, I will call them as other group)

The plan was to make Shishila as the base point, and climb Amedikallu on Saturday and Ettina Bhuja on Sunday.

Shishila is a small village near Dharmastala. From Dharmastala, take the road towards Kukke Subramanya. 10 kms on this road is Kokkada. Take a left turn here and travel for 15 kms to reach Shishila.

There was a road block at Charmadi ghat and we were struck for 3 hours. We reached Janardhan Gowda’s house at Shishila at 9:30 in the morning. By the time we were ready for the trek, it was already 11AM. Ramu was our guide, and he said that since we were late, instead of climbing Amedikallu; Ettina Bhuja could be tried that day. Amedikallu could be tried the next day, he said. We agreed to that and started our journey.

Ettina Bhuja means “Shoulder of an Ox” and below is the view of the mountain at Shishila. It is a prominent peak seen in Shishila due to its shape. 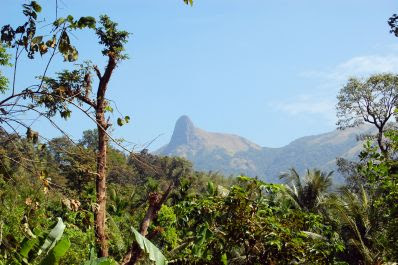 The initial part of the journey was on a jeep track. After some 3km on this path, we reached a stream. The water level was knee deep, but still it took some 30 minutes for everybody to cross the stream. The slow pace of “other group” was of concern. Our guide said that it is impossible to climb the peak with that pace. 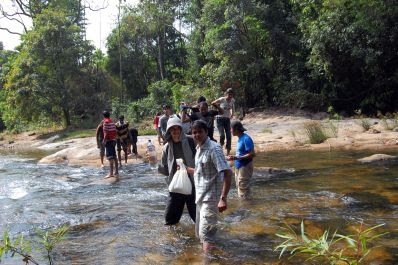 Another 30 minutes of walking in the forest, we reached a water point. It was the last place where we could find water. Actual climb starts from this point. The climb is quite steep at some places. 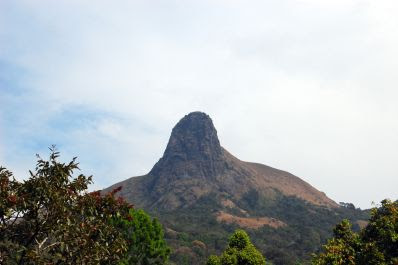 We stopped for lunch at about 2 in the noon. The guide was still of the opinion that the chances of making to the top was nil. The other group was totally low on morale and was looking forward to get down to the base. But it was difficult for them to move down without the help of the guide. The path is visible for most of the time, but can be confusing at some places. So, the decision was that they would rest at a place where the grasslands begin and we would continue our climb. 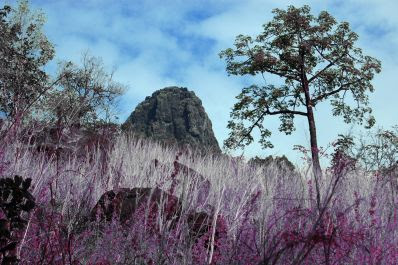 After lunch, with new energy we started towards the peak. We had to circle around the peak, since the vertical cliff on one side of the peak was impossible to climb. 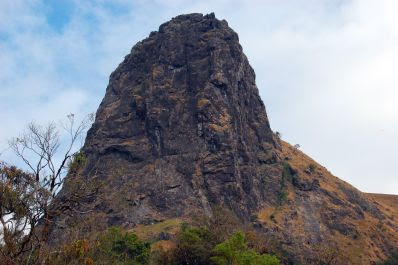 The final stretch was strenuous. As I was negotiating the rocks, my only worry was the snakes that may be hiding under the rocks. 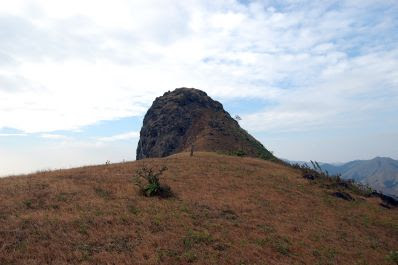 Everything went fine and I was on top of Ettina Bhuja at 4:30PM. By 5PM, Subbu, Aishwarya, Chandru, Girish, Maithree and Jayanth were on the top. 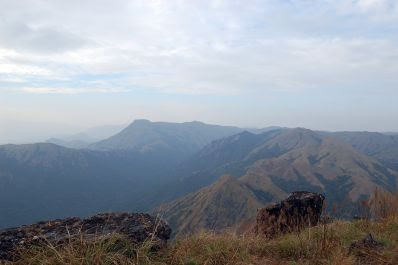 After some snaps we started getting down. We moved down quickly to join the other group that was waiting for us. After sunset we started back one loooong journey. We estimated that we would be at Shishila by 7:30-8 in the evening. The estimation went horribly wrong. 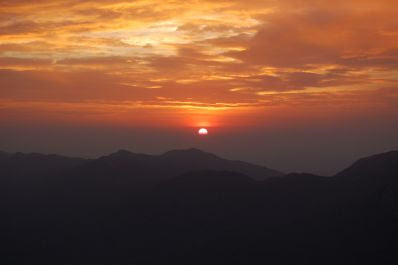 The group did not have any torches and they had to manage with the ones we had. The journey was at snail pace. It was 12 in the midnight when we reached Shishila. Our guide did a good job of finding the route even in the forest. This is one of the rare treks where climbing down took more time than going up. 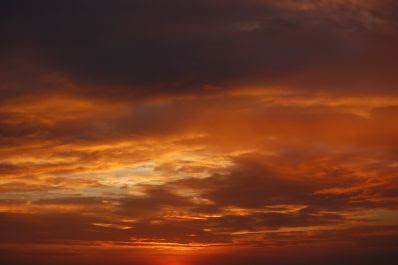 People in Janardhan Gowda’s house had prepared dinner for us. Even though it was midnight, they opened the door and offered us the dinner. I was totally moved by their gesture.

It was 2 in the night when we hit the sleeping bags. The other group had decided to return back to Bangalore and slept in the Tempo Traveler. We were dead tired and the chances of making it to Amedikallu on the next day looked grim.

Note:
Ettina Bhuja is about 4.5 -5 hours climb from Shishila for a normal trekker. Most of the climb is through dense forests. Water can be a problem here. There is a stream before the climb starts near Shishila and 1 km before the top. One can stay just before the peak. Mudigere Kottigehara route is just 2 kms from the peak. So, one can climb from Shishila and exit at the Mudigere road. It is better to take a guide; else there is a chance of missing in forests.