It was about 4:30PM when we left Shirdi. Nashik was our next destination and also the halting point of the day. The journey from Shirdi to Nashik took two hours.

Nashik is a major industrial town of Maharashtra today, but historically it was prominent from the times of Ramayana. It was here at Panchavati that Lord Rama spent the final days of Vanavasa. The word “Nashik” is derived from the legend of Lakshmana cutting the nose (nasika) of Shoorpanaka who tried to seduce Rama. Nashik is one of the four cities in India where Kumba Mela is held once in twelve years.

We first went to Panchavati area of Nashik. It is here at Triveni sangama the three rivers Godavari, Aruna and Varuna join together. 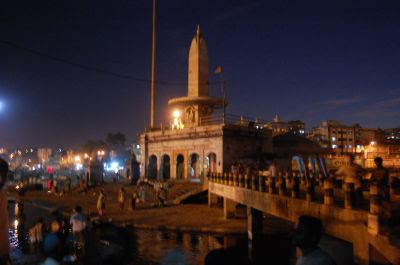 Since this was the karma bhoomi of Rama, the place is full of Temples. The narrow lanes and rustic buildings give a feeling that we are moving back in time. The important temples here are Kapaleshwar Mandir, Gore Ram Mandir and Kale Ram Mandir. Our guide was very enthusiastic and made us to shout “Jai Sri Ram“ whenever we enter the Temple. 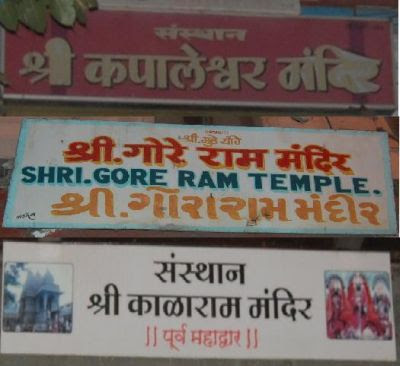 The name Panchavati was due to the presence of five banyan trees. These trees are marked even today. There is a cave nearby called Sita Guha where Rama, Sita and Lakshmana prayed to Lord Shiva. 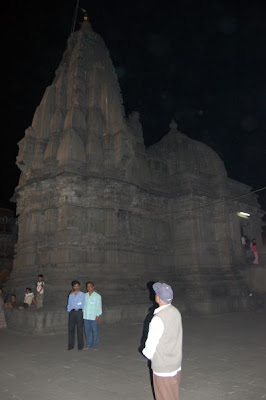 Next day we were ready by 5AM and set towards Trimbakeshwar, one of the 12 jyothirlinga of Shiva. It is 30 kms from Nashik.

At 5:45AM, we were standing in queue of the Temple. It took us an hour to have the darshan. There were not many devotees at that time, but the indifferent attitude of the administration causes the unnecessary delay.

The Temple is of 400 years old. Backdrop of the temple is Brahmagiri hill, the origin of Godavari River.

We came back to Nashik and went to Muktidam. It is a comparatively new Temple. The replicas of 12 jyothirlinga’s are here. The 18 chapters of Bhagavad Gita are wriiten on the walls of the Temple. I could not read it as it was written in Marathi. 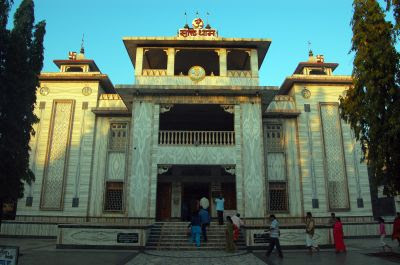 After breakfast, we started towards Ellora.