2nd-3rd February 2008
YHAI Bangalore had organized a trek to Silent Valley National Park in Kerala on 2nd and 3rd of February. Silent Valley is considered to have one of the few virgin rainforest in the world and any nature lover would like to visit that place. It was one of the most sought after trek in YHAI Bangalore and 27 people registered for the trek with few people coming from Chennai and Pondicherry.

We reached Palakkad on Saturday morning after traveling on an overnight bus from Bangalore. We were delayed by 2 hours due to a traffic block between Coimbatore and Palakkad. Driver mentioned that this was the regular problem on that route. Poor traffic sense of the people adds to the woes.
After finishing breakfast at Indraprastha hotel in Palakkad, we boarded a mini bus to Mukkali. Mukkali, 65 kms from Palakkad is the entrance for Silent Valley. It was 10:30AM when we reached Mukkali. We were given accommodation at the forest guest house nearby. 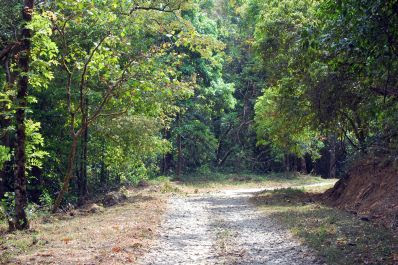 Forest department clearly mentions that Silent Valley is not for “tourists” and are not very eager to promote the place. People can only trek for 1.5kms from a watch tower near Sairandri to Kunti River. Treks to the core areas of the park are banned. 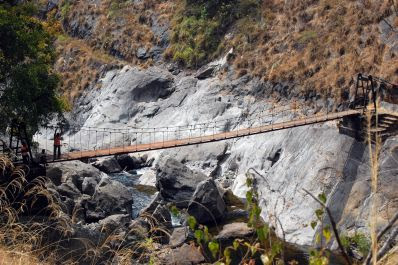 We just walked to the Kunti River. The crystal clear water of the river indicated that the area was away from any pollution. We had our lunch at the river and spent some time playing in the water. 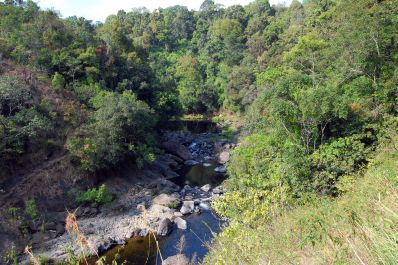 We then went back to the watch tower. Being a bit acrophobic, I had to struggle to climb up to the top. 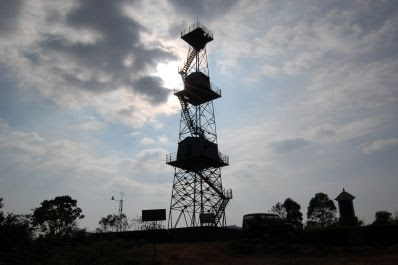 Once on top, we could get a bird view of the entire Silent valley. 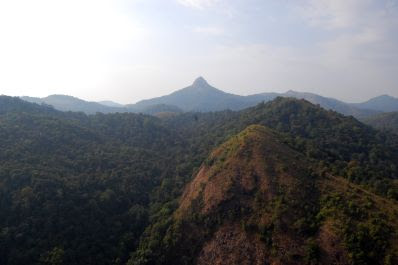 The forest department rule states that one should return back to Mukkali before 6PM. Guides who come along with us make sure that we follow that. Overall, we spent around 3-4 hours in Silent Valley. Only animals that we spotted were a Nilgiri Langur and Malabar giant squirrel. Lion tailed Macaque, for which the Silent Valley is famous for was elusive. 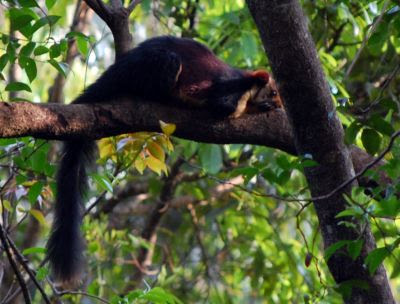 After coming back to Mukkali, few people went to play in the river next to our guesthouse. I spent some time in taking photographs of Kingfisher that were numerous in that place. 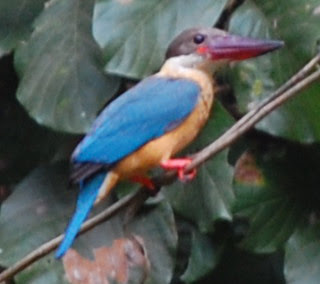 Next day morning, I, Krishna and Girish got up early and went for birding session. While Girish went towards the road leading to Silent Valley, myself and Krishna walked along the river side for the birds. We were rewarded with Kingfishers, blue whiskered bulbul, hill myna, Racket tailed Drongo, flycatchers, woodpecker and many other birds which we could not recognize. 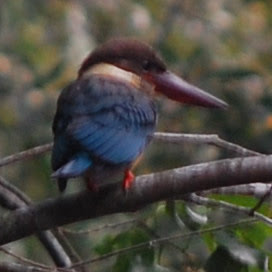 After breakfast, we went for the trek to Kiripara, a hill in Attapadi area. It was pity that we could not climb that hill due to the slow progress of 25 member team. We also had a deadline of starting back from Mukkali by 4PM as few people had to catch evening train from Palakkad. 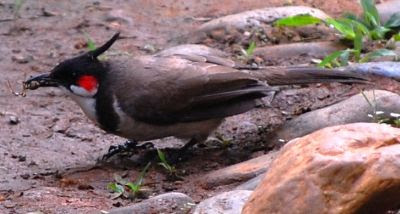 We had a late lunch and started our journey back at 4PM and reached Palakkad by six. After spending some time in the town, we took 8’O clock train to Bangalore.

My take on Silent Valley:
There is no doubt that Silent Valley has one of the best rainforests in the world and entire National Park is completely void of any human habitation. But it does not fit into either trekking or tourist place. We had high expectations but Silent Valley did not live up to it (At least for few of us). If one is at Palakkad and has a day at his disposal, he can go and visit this place. But it is not worth to travel from Bangalore just to visit that place. But but but….. If one gets permission from Trivendrum forest Office to trek to the core areas of the park like Poochapara (1 day trek) and Walakkad (3-4 days), nothing can be better than that!!!!