2nd March 2008
Kotebetta is the third highest peak in Kodagu district after Brahmagiri and Thadiyandamol. The name in Kannada means “Fort hill”, because of the fort like appearance of the peak.

I, Girish, Krishna, Srinivas and Subbu climbed this peak on 2nd of this month. We had met each others during previous YHAI treks.

The bus to Madikeri departed late at 12 in the Saturday midnight from Majestic bus stand. But the journey was quite pleasant and fast. We were at Madikeri at 4:30 in the morning. We had lot of time to spend.

The starting point of the trek was from the village Hattihole, 24kms from Madikeri on Somavarpet route. The first bus was at 6:45AM. We decided to finish our breakfast before boarding the bus. The only hotel opened was the bus stand hotel “Samudra”. We munched whatever was available and by the time we finished our breakfast, the bus was ready for departure.

The sun was still rising as the bus moved out of Madikeri. It took 30 minutes to reach Hattihole. The stop was just after the bridge. We thought of carrying packed lunch and went to the only hotel there. But the person at the hotel told that it would take another hour for the food to be ready. We decided not to wait for the food from hotel; instead we brought some biscuits and cucumbers from a nearby small departmental store. 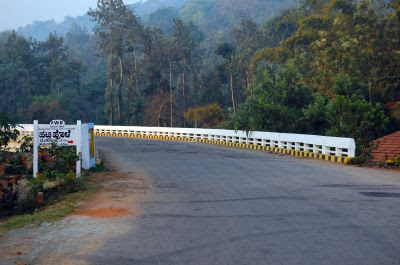 We started our trek at 7:20 in the morning. The initial walk was on the tar road with Hattihole River on our left side. It was still cold and the walk was pleasant. All along the route we could hear chirping of birds. 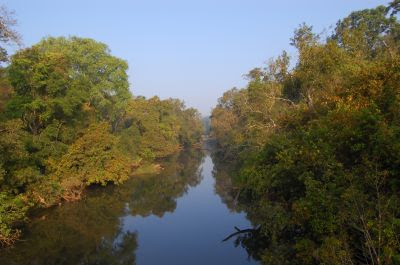 The first landmark was the hanging bridge on the river. It took us an hour to reach that point. Some time was spent on taking snaps from the bridge. Shortly after this landmark, there was a diversion on the road. We took the road going towards right. From here, we started moving away from Hattihole River. The tar road turned into a Jeep track after sometime. We were surrounded by Coffee estates with houses dotted here and there.

We walked without any hurry taking snaps everywhere. After about an hour from the diversion, Coffee estates gave way to the forests. This change was gradual and we barely noticed it. But the track was still wide enough for a Jeep. Shortly after we came to an open space and saw the first glimpse of Kotebetta. We had not seen the picture of Kotebetta before, but since it was the highest peak in the area, we concluded it to be Kotebetta. 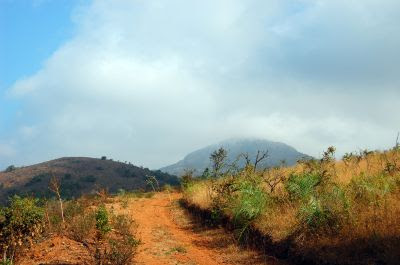 We walked for another 30 minutes to reach the base of the peak. The Jeep track ended here. There was some confusion on how to ascend further as the path further was non existent further due to rocky area. We just decided just to climb up and after few moments, the path could be retraced. It was a narrow path and climb was a bit steep at few places. We were more tired due to the hot sun. 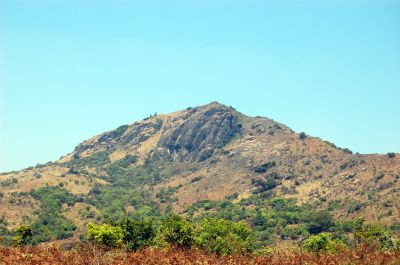 We took 45 minutes to reach the peak from base. It was 11:15AM when we were at the top. The distance from Hattihole to peak is around 10kms. 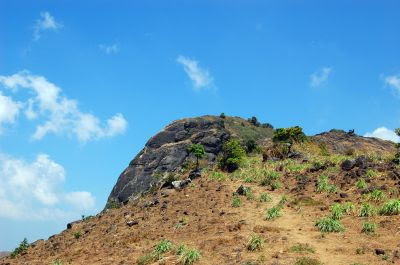 There is a small Temple at the top and a wide open space. It was an ideal place for camping but one major problem was paucity of water. The nearest water spot is about an hour away. 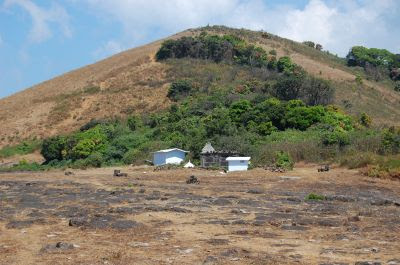 We spent about an hour there. Snacks from Hattihole were emptied. From the top, we could see wide range of mountains with several villages, lakes and fields everywhere. 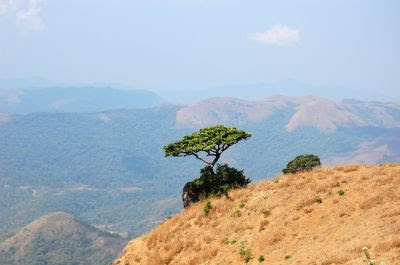 The downward journey was simple though we suffered from shortage of water and scorching heat. We found a suitable spot in Hattihole and jumped into the river. Nearly an hour was spent by cooling in waters. 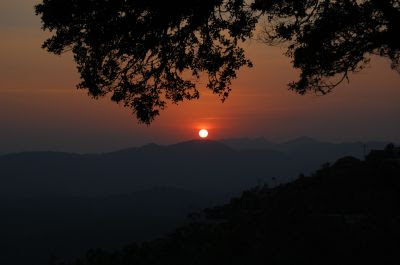 I was in deep sleep as soon as the bus pulled off from the bus stand only to be woken up by Subbu at my stop at RajaRajeshwari Nagar, Bengaluru.

A Sunday spent nicely!!
The photos of the trek can be viewed here.