30th-31th May 2008
Yercaud is a hill station in Shevorayon hills near Salem City of Tamilnadu. It is a smaller version of Ooty or Kodaikanal, I would say.

Route:
From Bangalore, take NH-7 to Salem passing through Hosur, Krishnagiri and Dharmapuri. While entering Salem, follow the sign board towards Salem City towards right away from highway. A km later, you will be at five road junction. Take the second left here. From here, just follow the sign boards to Yercaud.

The travel:
It was a very long time I went with my family. My daughter is 7 months old. I had seen most of the hill stations near to Bengaluru and only place that was left out was Yercaud. I thought it would be a perfect place for a family weekend. This was the first time I was taking my daughter and of planning went on mainly to keep her comfortable.

We started on Friday morning at 6AM. There was some underpass work at ring road which meant that I had to take diversion. Added to our woes was a truck guy trying to take a U-turn in Hosur road. He stopped the entire traffic on both ways for more than 30 minutes. It was 7:45AM when we reached Hosur. Breakfast was as usual at Meenakshi Bhavan.

Krishnagiri was reached in no time. After that the road is being widened for 4 lanes, which made journey bit slow. After Salem, it was ghat road with 20 hairpin bends to Yercaud. We checked into Silver Holiday cottage near lake.

Yercaud is a small town. As you enter Yercaud, lake will be at your right side. Soon you will reach the circle. This circle forms the center for all places in Yercaud.

Some of the places visited in Yercaud:
Shevaroyan Temple: This is the highest point in Yercaud. It is about 6 kms from Yercaud town. There is an old Temple inside a cave. This place also offers some of the excellent view of Yercaud. Sad part is that mining operations are rampant near this place. To reach Shevaroyan Temple, take left at the circle. Proceed for 3 kms and there is a Y junction. Take the road going up towards right. 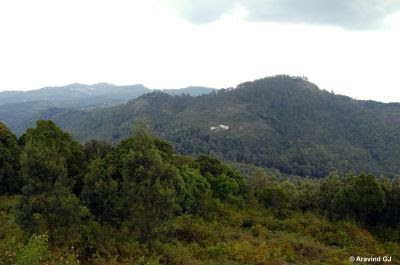 Rajeshwari Temple: This is on the way to Shevaroyan Temple.

Pagoda point: At circle, take right and then immediate left. Drive for 4.5 kms by following the sign boards to reach the point.

Lady’s seat/Gents seat and Children’s seat:
Take right at the first sight of the lake while entering Yercaud. Drive for a km to reach a T junction. Take right here and follow the sign boards to reach Lady’s seat. Salem town can be seen from this view point. The hairpin bends leading to Yercaud is also visible. Gents and Childrens seat is just another view point at walking distance from Lady’s seat. 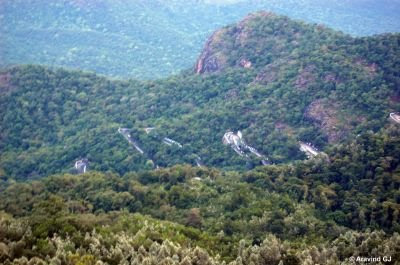 Lake: This is the center of all activities in the town. There is also a park (Anna Park) next to the lake. One thing that I noticed is that in all hill stations of Tamilnadu (Ooty, Kodaikanal, Yelagiri and Yercaud), lake forms the center of all tourist activity with a small park next to it!! 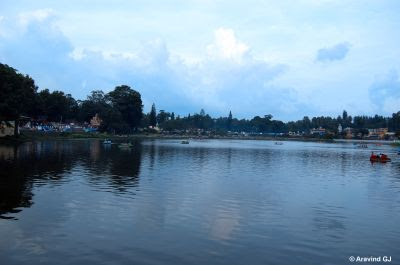 Loop road:
Second day morning started off with a drive on the loop road. This is a place which is figured in the tourist map of Yercaud. It is a 32 km road which starts and ends at the lake passing though the country side of Yercaud with nice Coffee plantations and forests. It was traced by an Englishman Mr. Surgeon in 1824. To go to the loop road, take the road to Shevaroyan Temple. At Y junction, the road to the right goes to Shevaroyan Temple while the left road is the loop road and passes through the villages of Nagalur, Semmanatham, Kaveri Peak and Majakuttai. 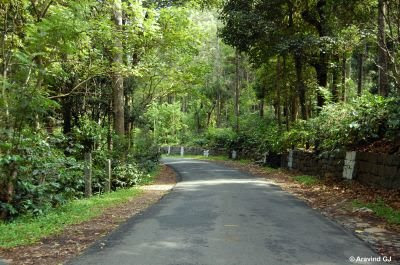 The return journey:
After loop road, we decided to return back. But the Police guys at check post did not allow taking the ghat road. Instead, they asked to go via Kuppanur. It took some time to find the route to Kuppanur. This ghat road was very narrow but not many vehicles were moving on this road. I took an hour to reach Kuppanur from Yercaud. Here I was at a junction where one road went to Salem and other to some other town. It looked like I have to enter the Salem city to join the main highway to Bengaluru, which I did not like. One village guy asked to take the other road which joins to Dharmapuri. It was a State Highway and I was bit apprehensive about the state of the road. But he assured me saying “Road nalla irukku”. The road was really fantastic with very less vehicles on the route. But then after covering some distance, I had to take diversion for Dharmapuri. It was a village road and all sign boards were in Tamil which meant that at every junction I had to ask villagers for the correct route. That was not an issue as the people were very friendly and always eager to help. Even the village roads here were excellent. Without any issues we reached Dharmapuri and from then it was all NH-7 till Bengaluru. Heavy rains and traffic jams welcomed us as we entered Bengaluru.

For my daughter, this was the first time she moved outside Bengaluru. I would say that she enjoyed the journey and was happy all the way.

Yercaud is a place for people who would like to lazy out for a day or two. Though this place is not commercialized, mining activities are rampant. While climbing ghat road and near Shevaroyan Temple, you can large part of the forests destroyed by mines. These days, my blood boils whenever I see or hear about mining. In Karnataka, they have caused widespread destruction of forests. The trucks carrying mines have caused havoc in all the highways. Most of the highways in Karnataka are in bad shape because of these b*@#*$^@s. The entire state is paying heavily to make a dozen people billionaires.

More photos of the trip can be viewed here.