20, 21st September 2008
This trek was organized by Sharavathi adventurers. The places were to my native place, but still I had not visited them. These falls are located inside the core area of Sharavathi valley which is not easily accessible.

We started on Friday night at about 11PM from Bengaluru on a Tempo Traveler. It was 10AM when we reached our start point of the trek Hogehalli. Our guide Narayana was already waiting for us and had made arrangements for breakfast. It was Kadubu, a local dish and it tasted great!!

Without wasting much time, we started our trek. The first point of visit was Basavana Baayi falls. Shortly after starting the trek, near Hogevaddi village, we saw a group of spotted deer. It was promising and our guide told that the area is teeming with wild life. The trek was through a thick forest. But several centuries ago, this area was a big town and the remains were still seen in the forest.

There is a small temple at Basavana Baayi. The falls itself is very small but it forms a nice pool and is ideal place for swimming. We had to cross the stream before reaching the falls. The rocks were quite slippery. After crossing the stream, on the last rock I took out my camera from the bag to take some snaps. I do not know what happened, but suddenly slipped. Noting serious, I had few small bruises. But my camera hit the rock; the lens broke out and took a dip in the stream. After some searching, lens was found but water had entered into the lens. Also, camera was not functioning after the fall. My heart was broken for this sudden mishap of my companion. Well, nothing can be done about it and we cannot go back in time. Accidents do happen. 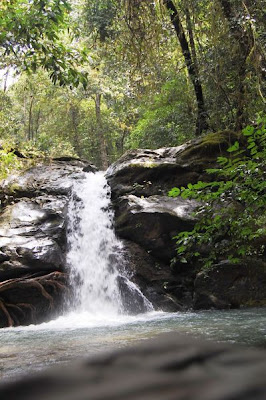 After taking a dip in the water, we continued our journey. This time we were passing through Kallare forests and it was very dense. There were no defined routes and were blindly following Narayana. He was working as a surveyor in the forest department and knew each and every inch of land in Sharavathi area. The area was completely infested with leeches and by the time we came out of forest, most of us had a dozen of leech bites.

Our lunch was arranged in a house at Korikodlu village. One thing to be appreciated about this trek is the quality of food. It was always great and we used to hog food like hungry wolves.

The skies opened up in the afternoon and we had to open our raincoats. We were passing through the hills of Kendalare and the views were stunning. Had it been a clear day, it would have been even great. 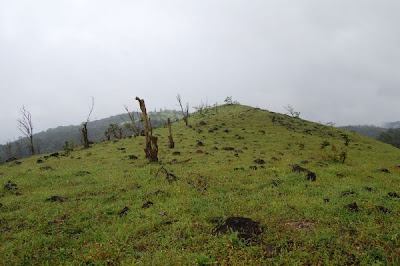 At about 5:30PM, we reached our point of stay in Padubeedu village. Stay was arranged in one of the houses. The house was at a beautiful place next to a stream overlooking Devakan bare, a hill. After having a usual round of camp fire, we had an early dinner and hit the beds at 9:30PM. 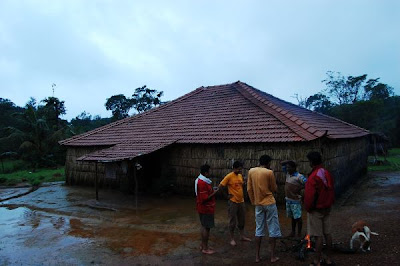 Next day was a day of twin waterfalls. We started towards the first one, Belligundi falls. It took about an hour to reach the falls. The trek was through beautiful meadows and dense forests. 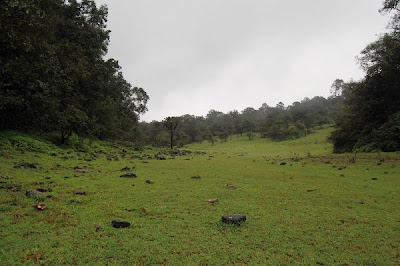 We were stunned to see Belligundi falls. What a view it was!! One cannot express the feelings through words. On one side is the Arabian Sea and its coast line, other side is the huge mountains of Western Ghats. In between the mountains, Belligundi drops from a height of 480 ft forming a thin silver line between greens. This was a falls only to enjoy from a distance. To get down the falls, it would take a day’s trek. Another way to reach bottom of the falls is to trek along the stream from coastal side. But that can be done only during post monsoon months when water levels recede. The falls is also called as “Kudumari” falls in coastal area. 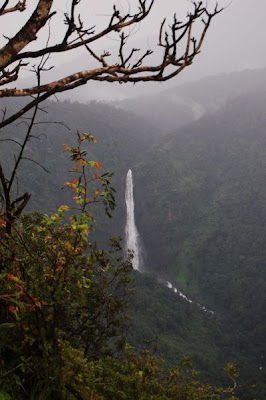 After Belligundi, we started towards Gudanagundi falls. It is just 30 minutes walk from Belligundi view point. The final descent to the falls was quite slippery. Due to high water levels, we could not get down the falls. So, we went on top of the falls and jumped into water. Arabian Sea and Shirur town is visible from this falls. 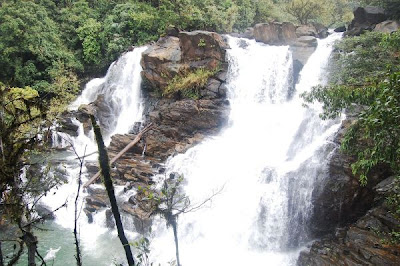 After Gudanagundi, the stream falls in a series of 6 stages, few exceeding 200ft in length. This series of falls is called Koosalli falls in coastal region. Our guide Narayana told that it is possible to get down to all these stages after monsoon season. But that is only for brave hearted people. 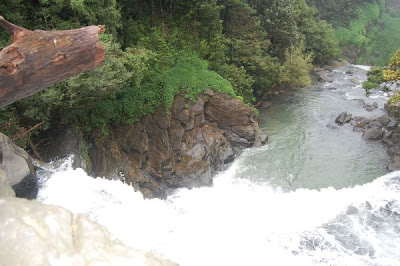 To return back to Padubeedu, we had two routes. One was through forest and the other on the river path. For the second route, we had to cross chest deep water at few places. So, we took the route through forest. At 12 noon, we were at Padubeedu. After having lunch, we left to Kattinakaru, where we had asked our driver to wait for us.

Our guide Narayana was telling that there are several huge falls in the area and when I started to write down the names of those falls, final count was 26!! I had not even heard the names of most of the falls.