Gore cross is a small place on NH-17 between Honnavar and Kumta. A temple dedicated to Krishna is on a small hill. I happened to see this Temple on my visit to my relatives place at Kadekodi, a village near Dhareshwara. 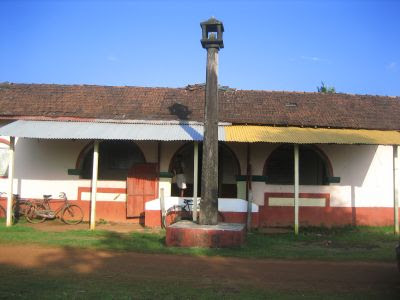 A small road takes to the hill. Temple is situated on a large plateau on the hill. There is also a math that looks after the Temple. The surroundings of the Temple offer silence and solitude. One can also see Arabian Sea from the hill.

Dhareshwara Temple is one of the five Atma linga Temples. It is situated just next to NH-17 between Honnavar and Kumta. Other four Temples are at Gokarna, Gunavanthe, Murudeshwara and Shejjeshwara.

We were the only people at the Temple. I was saddened at the condition of the Temple. Even priest was not visible anywhere.

Our next visit was Dhareshwara beach. It is a common thing in Karnataka that boards with Kannada script written wrongly, but here it was hopelessly wrong. It sounded as Dhareshwara “bitch”!! 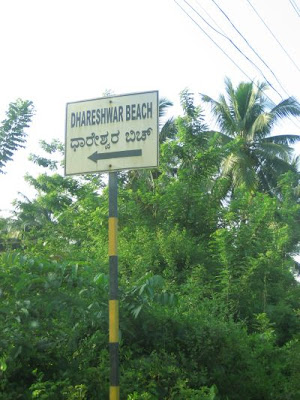 Vehicle can go directly to the beach. This is not a very clean beach but walk for a km towards north to get into cleaner section where there is no human activity. 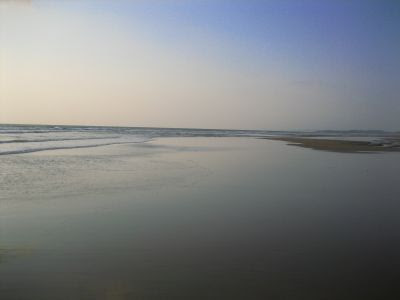 I was surprised at my daughter’s response to waters. She was seeing a beach for the first time but once in water, she refused to go away from it!! 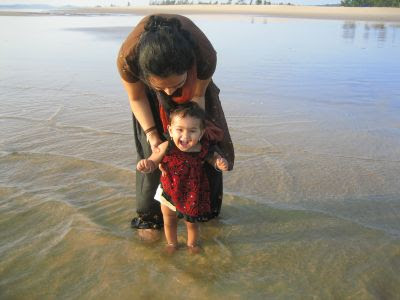