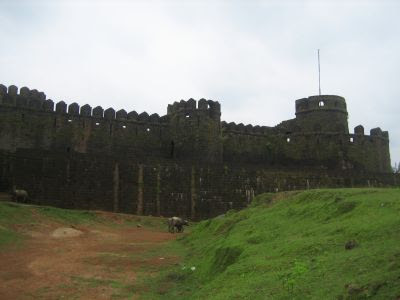 This fort is in the Mirjan village on NH-17, 10 km from Kumta. When told that we were going for Mirjan fort, my relatives cautioned about the place being a bit infamous for some criminal activities. Few incidents that happened last year was at the back of their mind. 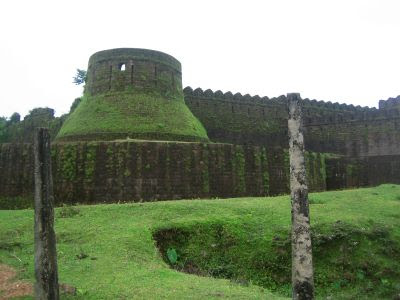 Couple of kms from highway on a small road will take to Mirjan fort. It looked like a haunted place, with no soul around. My wife was bit worried that there were no visitors to this fort. 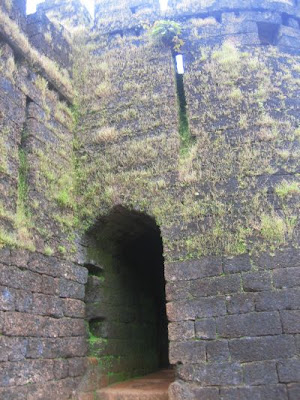 As we entered into the fort, we found one guy. He was from ASI (Archaeological Survey of India). There was some excavation happening at the site and he told not to use camera. I wanted to protest but since his looks were dangerous, I did not argue. 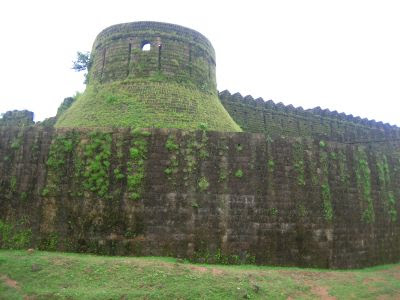 It is not a huge fort. What irritated me was that there was no information about the fort. By that time, I found out that the ASI person was a good chap, only his physique and looks was tough. He narrated the story of the fort. He did not know Kannada and his Hindi was very tough to understand. My wife got bored and started looking else where. I told him that I knew everything about the fort and asked him to stop his narration. I thought I could find information from net, but surprisingly there is nothing much about the fort. Only reliable information was a paragraph from ASI website 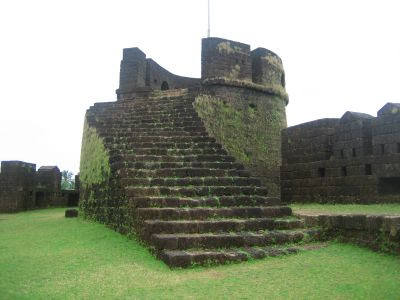 “The Fort at Mirjan was constructed during A.D 1608-1640. Excavation conducted at the site during the field season 2000-01 has unearthed a number of laterite structures of medieval period . The structural remains include a U shaped structure with a cloister all around. Towards the west of the U shaped structures, a circular soakage pit constructed of dressed laterite stones and water tank connected with water carrier were exposed. Among the antiquities mention may be made of a unique gold coin issued in A.D. 1652 by the Portuguese Viceroy Conde De Sarzedas during the rule of JOAO IV. The other antiquities include canon balls, Chinese Porcelain, clay tablets with Islamic inscriptions.” 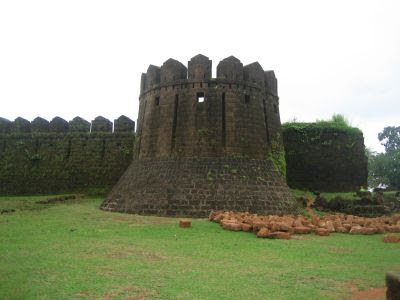 What I found strange was couple of big wells in the fort. I have never seen well of that size till now. There are also few tunnels that go out of the fort. 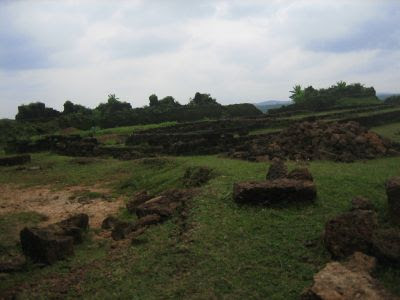 There are also nice views of the paddy fields outside. 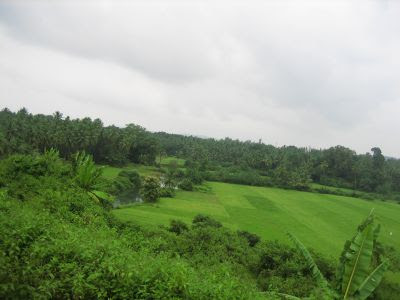 Well, it is certainly not a bad place even though some criminal incidents had happened before. The fort itself is getting a facelift. I think once the excavation and renovation activities are completed, it would be a good spot to visit. 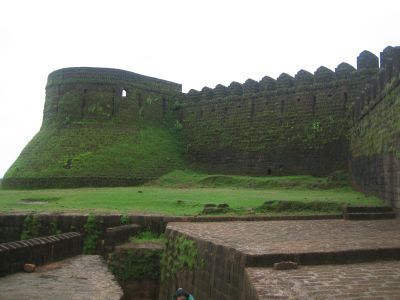