The second day was supposed to be a long walk and since we had to reach Gersoppa by 4 in the evening, we had to maintain the timings. So, we had an early wake up call at 5PM. People promptly got up and were all ready by 6AM. Our cook Dharmanna and others had woken up at 3AM and had prepared “Akki Rottis” for breakfast. It always happens that during trek, one always gets to eat some junk and stale food, but not here. We always got fresh and hot food thanks to Dharmanna.

The route was a Jeep track and we were walking on a ridge with valleys on both sides. But due to thick vegetation, we could get the feeling of walking on a ridge. At one place, we found some open area and got some stunning views. We could see dense forests everywhere. Even Arabian Sea and an island (must be the one near Karki) was visible. On the way, we could also see Gersoppa town and Tail rise dam. 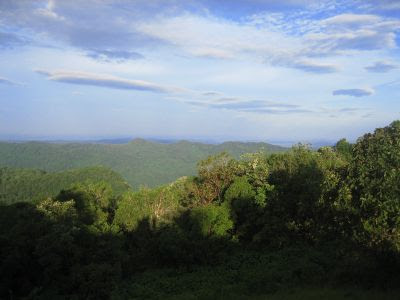 We walked non stop for 2 hours and had covered a good distance. We found a lake and decided to have breakfast. It was then we got to know that Kanoor Kote was just a few minutes walk. Though it was not in the itinerary of the trek, since we had covered a good distance by that time, it was decided that we would visit the fort. People who had already seen the fort earlier decided to rest. After breakfast, Narayana led us to the fort. The golden days of the fort had long been over and for the last few centuries, forest has taken over the fort. Also, this place has higher concentration of Wipers, and Narayana was constantly telling us to walk carefully. We also found that Kanoor Kote Wipers being bit more fast and aggressive when compared to the ones we had seen before. I have no explanation for that. 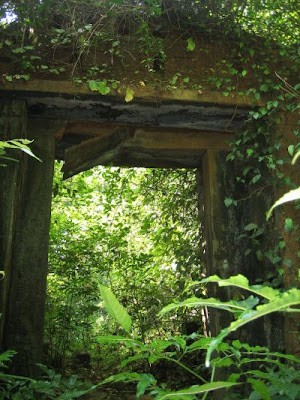 History says that during its peak time, this fort was ruled by Queen Chennabhairadevi. She was more popularly known as “Pepper Queen” as she was exporting pepper to Europe. Keladi Nayaks who were in constant war with her kingdom were finally able to capture her. Later, she died in the prison sometime during 1606 AD. The fort was left deserted and forest took over. 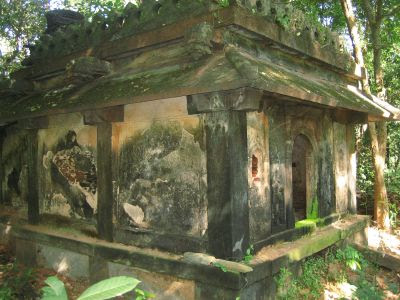 I heard few more stories linking fall of the fort with Shivaji and Delhi Sultans, but it looks like they may not be true as the timelines does not match. 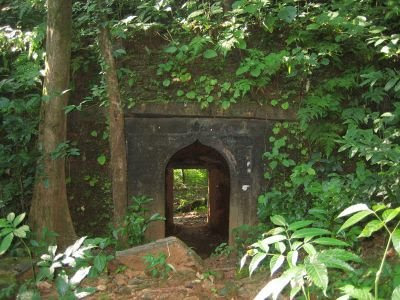 But in the last decade, the fort witnessed “gold rush”. Many places in the fort were looted and destroyed in search of the gold that was rumored to be in the fort. The idols inside the Temple were taken out and the place of “Garba Gudi”, one can see only diggings. The remains of the fort and Temple are scattered everywhere. 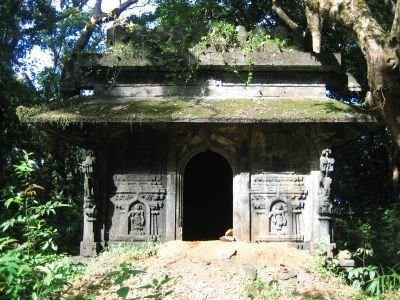 Narayana took us inside the tunnel. A torch would be helpful, and it is better to check for snakes before entering dark places. 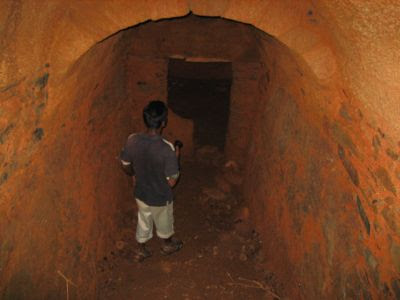 We spent about an hour in the fort and joined others who were resting. From fort, it was continuous descent till Kandodi. Again, we did it non stop. From Kandodi, the route was a mix of civilization and forests. We crossed several streams on the way. It was about 12 in the noon when we reached Chaturmukha Basadi. This Basadi is amidst a forest in a peaceful location. There are few families who look after the Basadi. This Basadi was built by Chennabairadevi and could not be completed because of her defeat with Keladi Kings. 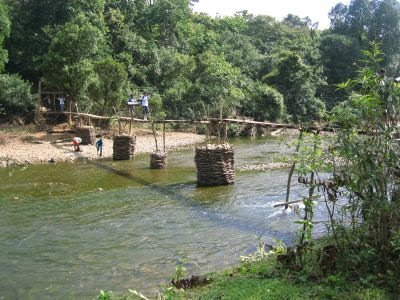 After lunch and a dip in the nearby stream, we set out for the final walk of the trek. The last hurdle we crossed was River Sharavathi, snake boats ferried us to the other side of the River. These boats are scary which make me feel that I should have learned swimming. 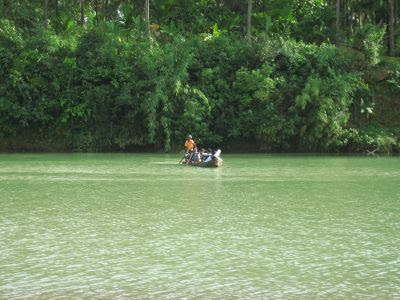 Two km walk from river side to the bus stop was the most tiresome journey due to hot and humid weather.

More photos of the trek can be seen here.