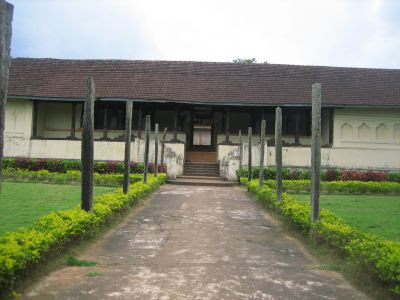 Keladi is a village 7 kms from Sagar in Shimoga district of Karnataka. Keladi was the capital of Keladi Nayakas who rules the areas around Shimoga for nearly two and a half centuries. 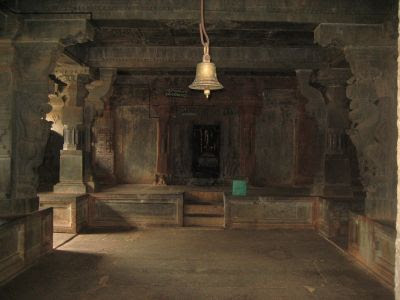 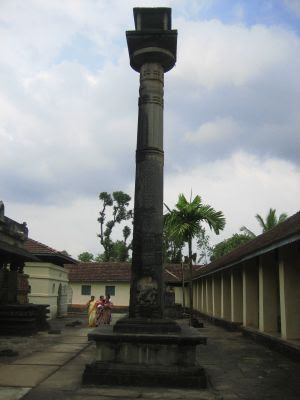 Important rulers of this Kingdom were Hiriya Venkatappa Nayaka, Shivappa Nayaka and Keladi Chennamma. In 1763 AD, Keladi was defeated by Hyder Ali of Mysore and was merged with Kingdom of Mysore. 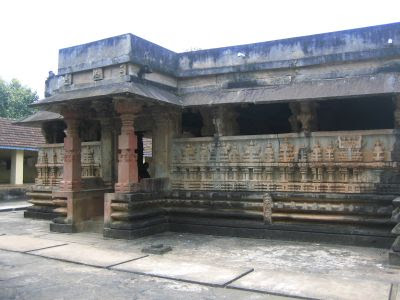 Temple complex looks like a big house from outside. Once entered, the beauty of the stone carvings is amazing. The Temple is built in Hoysala, Dravida, Kadamba and Vijayanagar style. The Temple complex consists of 3 Temples – Rameshwara, Veerabhadreshwara and Parvathi Temples. Overall, Temple is popularly known as Rameshwara Temple. 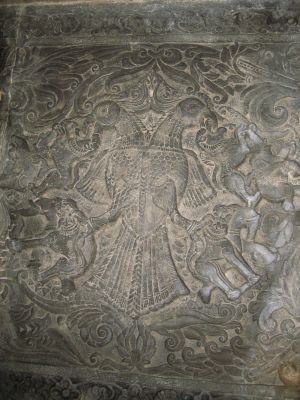 How to reach Keladi:

From BH road bus stop at Sagar, take the road towards Soraba. Shortly after crossing a railway line, there is road towards left that takes to Keladi. Travel for 7 kms to reach Keladi. The Temple complex is at the right side of the road.