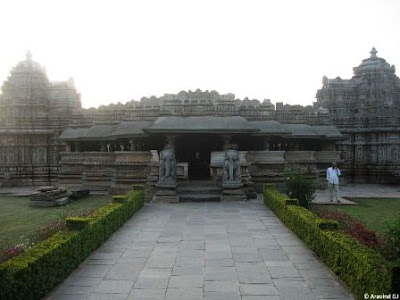 It was another not so visited place in our Hoysala trip. Though quite a number of people have heard about Belavadi and in spite of being just 10kms from Halebidu, Belavadi is not frequented by tourists. 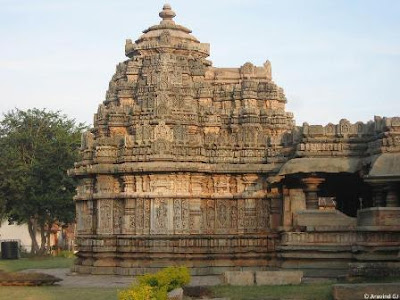 Belavadi is 29 kms from Chikmagalur on the Chikmagalur Javagal highway. The main attraction in Belavadi is the Veera Narayana Temple built in 1200 AD by Hoysala Veera Ballala II. 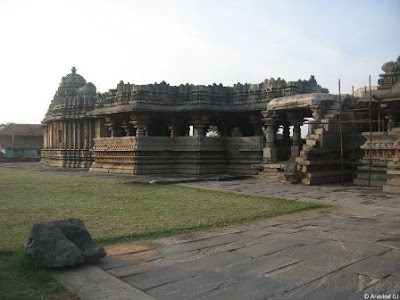 The Temple is completely surrounded by the village. ASI has done a good work in keeping the Temple separated from the village houses. There were no visitors at the time we went to the Temple. The lone priest of the Temple was indifferent to our presence. I wanted to get some information about the Temple and details of the architecture but the priest did not show any interest. Generally priests at remote places are friendly and try to explain things but here the attitude of the priest was strange. He seemed to be a man of ego. I then stopped bothering about him and started to explore the Temple. 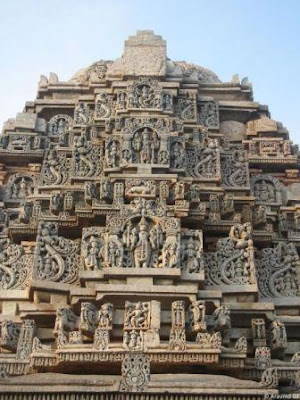 It is a Trikuta Temple with three towers. The Temple is quite huge. There is an open hall which is very spacious. The two shrines are on either side of the hall and a central shrine at the end of the hall. Though the sculptures are not as intricate as the ones in Belur and Halebid, it is the architecture of the Temple which differentiates from others. 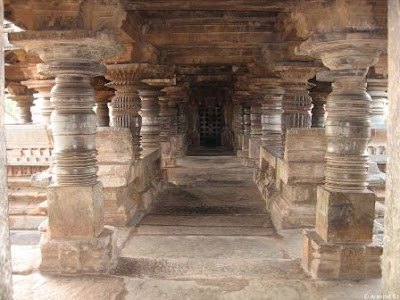 More photos of the Belavadi can be seen here.