15th November 2008
Halebidu was once the capital of Hoysala Empire. It was called Dwarasamudra (Entrance from Ocean) during those days mainly because of a huge lake. Early 14th century saw an attack from the rulers from Delhi who sacked the city and damaged the Temples. It marked the end of Hoysala Empire and Dwarasamudra turned into Halebidu (old village). 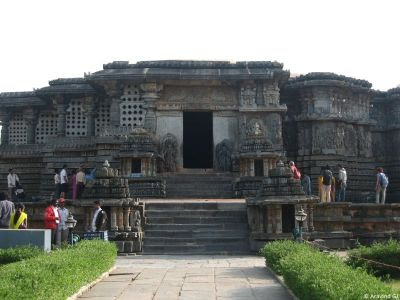 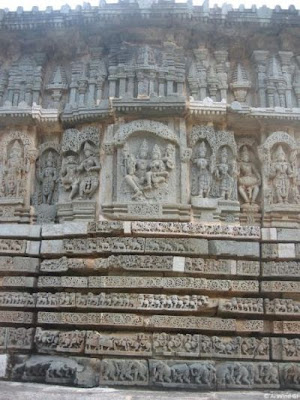 This Temple has two huge statues of Nandi (Bull). 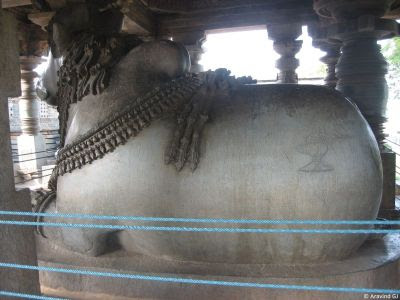 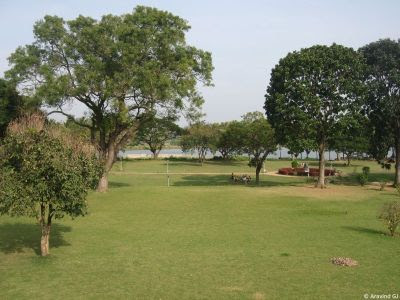 This Temple attracts lots of tourists across the world. When we went there was lot of children who came for educational visit. The whole place was filled with sounds of those people. 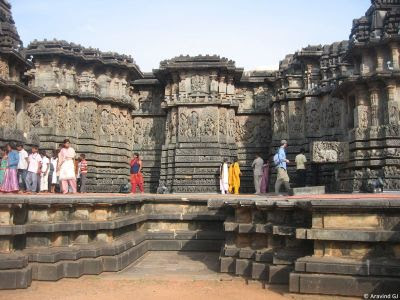 Most people return back after visiting this Temple. But there are two more Temples which are worth visiting.
Jain Basadis
Half a km from Hoysaleshwara Temple is the complex that houses three Basadis. The Parshvanatha Basadi was built by Boppadeva in 1133AD during the reign of Vishnuvardhana. There is an 18ft tall Parshvanatha theerthankara statue inside the Basadi. 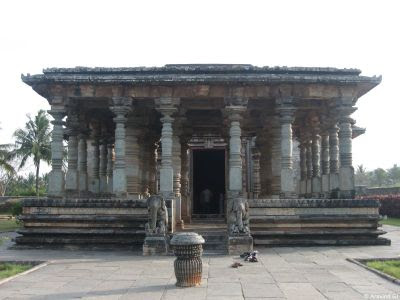 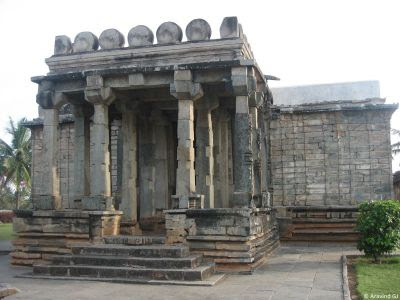 The Adinatha Basadi is built during 12th century AD. In addition to the sculpture of Adinatha, there is an image of Saraswati in the vestibule.
There is also a 20ft mahastamba and a well in the complex. 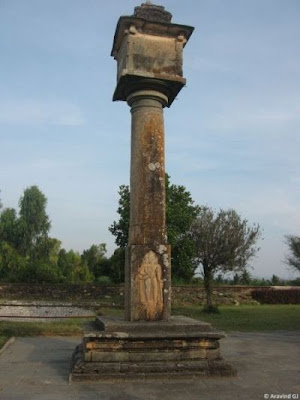 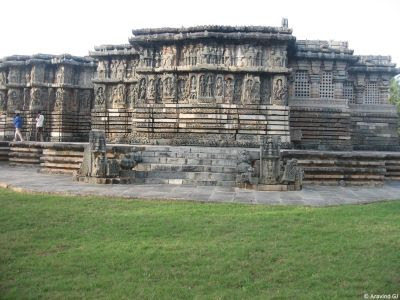 I could not visit Pushpagiri hill which has the Mallikarjuna Temple. It was once a Jain Basadi. It is 3 kms from Halebidu.
More photos of the trip can be viewed here.