16 November 2008
This was a bit of an odd man out in my tour of Hoysala Temples. This fort was added in the itinerary to break the monotonous visit of temples. 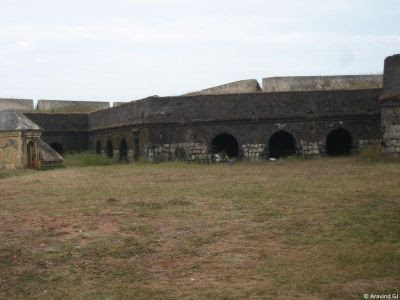 Manjarabad fort is in Donigal on NH 48, 7 km from Sakleshpur. Donigal is a famous spot with Sakleshpur railway track trekkers and Lorry drivers. There is nothing here but couple of hotels next to the highway serving snacks and drinks. 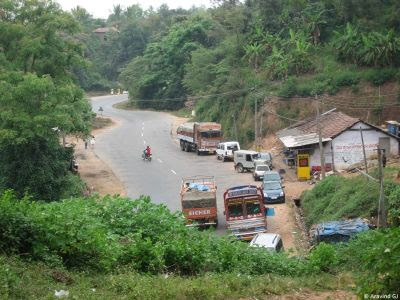 We parked our vehicle next to the Hotel and asked the hotel guy for directions. Walking on a foot path for 5 minutes would lead to the steps of the fort. It was a pleasant day and the surrounding was filled with lot of flowers and chirping of birds. 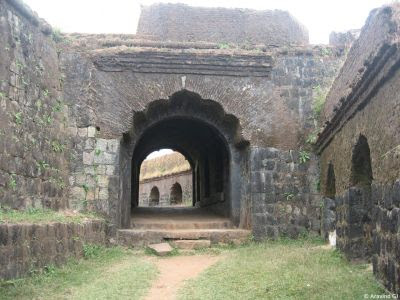 The caretaker of the fort volunteered to guide us about the fort. It was appreciated as we knew very less about the fort. This fort was built was Tippu Sultan. The work was started in 1785 and ended in 1792. It is a star shaped fort (Here is the Wikimapia view where you can see the star shape of the fort). It was constructed mainly for defense and to store the ammunitions. During those days Tippu was at loggerheads with British. So, to stop them from attacking from Mangalore side, he constructed the fort. It is on a strategic location and the soldiers in the fort could see the army coming from Mangalore. 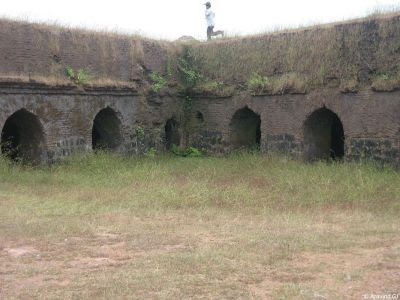 There are many chambers in the fort, few of them used to house the horses and some were used by the soldiers as kitchen and bathroom. There is also a tunnel in the fort. Guide told us that it would lead to Srigangapatna, the capital of Tippu at that time. Hard to believe but he told that couple of decades ago people went some half a km inside the tunnel but could not continue further due to less Oxygen levels. Since it was used to dump dead bodies, the tunnel was closed and now what we can see and go is just a few steps in the tunnel. 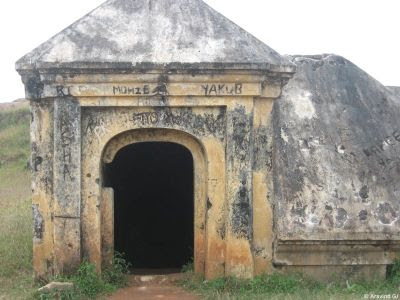 Tippu died in 1799 during the war with British in Srirangapatna. Shortly later British took over the fort and destroyed a part of it. Some parts of the fort is being renovated now. 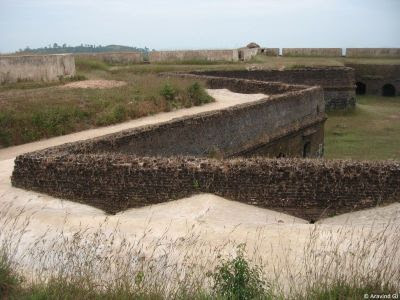 It is being said since the fort was covered in the mist (”Manju” in Kannada) for most of the time, it was named as Manjarabad fort. The other logic which would sound music to secular (??) people is that Tippu was not in a good shape at that time and had given some offerings to Lord Manjunatha in Dharmasthala. So, he decided to name the fort as Manjarabad. I knew the first version and the second one was told by the guide. 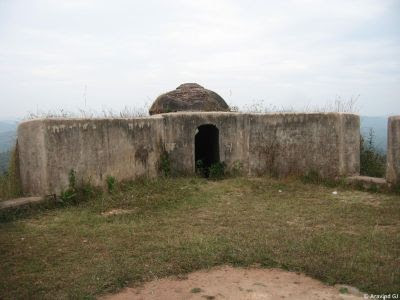 Of late this fort is also famous with movie people. Few scenes of Kannada blockbuster “Mungaru Male” was shot here. (The scene where Ganesh carrying heroine to climb to Punya Peetha!!) 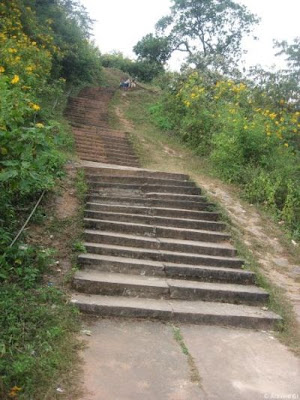 This is a nice stopover spot for people traveling between Bangalore and Mangalore. This is the only place in Shiradi ghat road where you can see the panoramic view of Western Ghats. 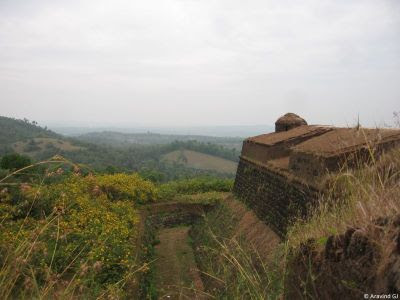 More photos of the fort can be seen here.