11 January 2009
This was my first trip to Andra Pradesh in recent years!! My earlier trip to Andra Pradesh before was to Tirupathi 20 years ago. I feel that Andra Pradesh has a general impression of being a hot and dry state. And there is no Western Ghats in Andra Pradesh!!
Lepakshi is about 120kms from Bengaluru. The route is through Devanahalli and Chikkaballapur on NH 7. After crossing into Andra Pradesh state is Kodikonda village. Take a left turn near the RTO check post here and travel for another 14 km to reach Lepakshi. 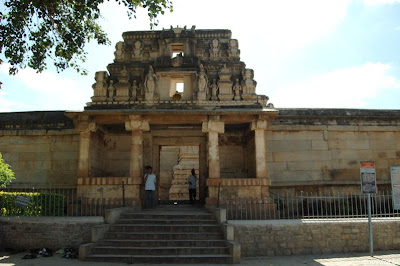 It is a 6 lane road from Hebbal to Devanahalli. The much hyped “international” standard road to the new airport did not look so. What I saw was series of traffic signals and road humps!! No doubt, the road is wide but definitely not a well planned one.
Lepakshi is famous for Veerabhadra Temple built during Vijayanagara period by Verupanna, a local chieftain under Vijayanagar kings. Achyuta Raya was ruling Vijayanagar at that time. 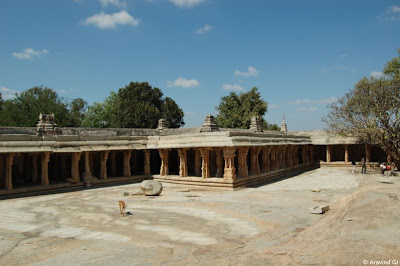 As we entered the Temple, we found a guide who volunteered to explain about the Temple in Kannada. The similarity of the Temple to the ones in Hampi is striking. 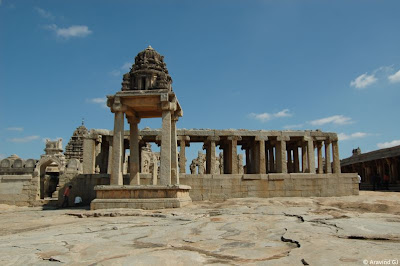 The main highlight of this Temple is the painting on the roof. Few of the paintings are still in good shape. 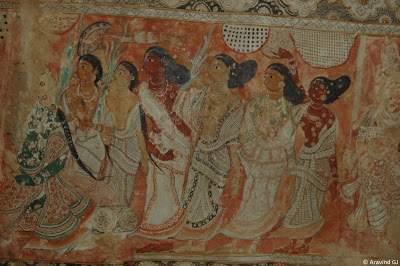 The Natya shala of the Temple consists of many pillars decorated with the sculptures of musicians and dancers. 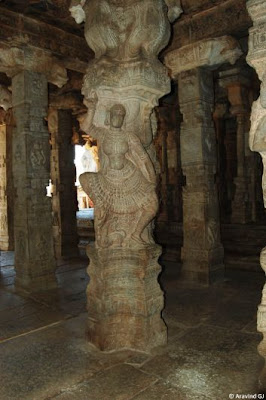 There is a Shivalinga with seven headed cobra which is also quite unique. 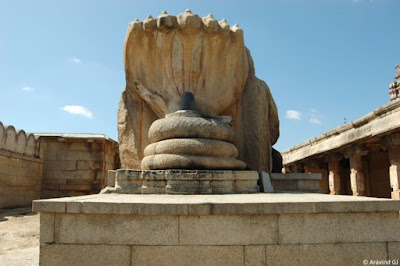 A pillar at Natya Shala is in an unbalanced state. Surprising part is that has not collapsed for more than century. 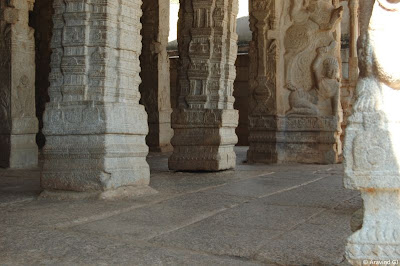 The “Kalyana Mantapa” which consists of several carved pillars is unfinished. 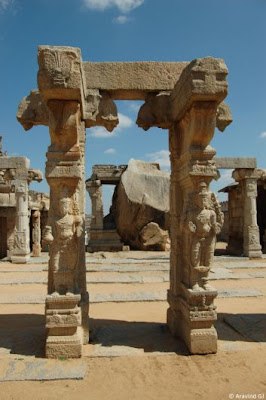 The pillars here look similar to music pillars at Hampi. But these pillars do not produce any music!! 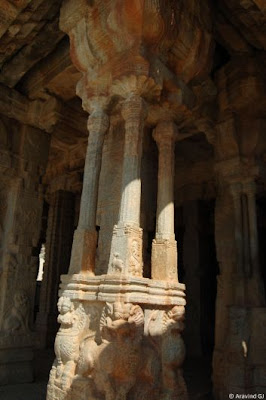 The huge Nandi statue at the entrance of the village is said to be the biggest in India. 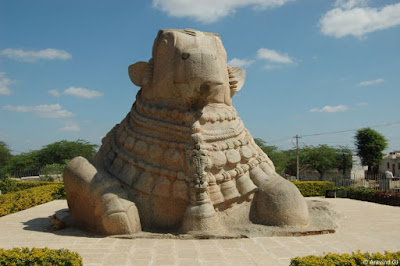 Food is a problem in Lepakshi. There are no decent hotels there. We had our lunch at APTDC hotel in Kodikonda. It was OK. The other options are the hotels in Chikkaballapur.
More photos of Lepakshi can be seen here.