The boredom caused by the city Bengaluru was severe. My like minded friends Krishna and Girish were also feeling the same. This resulted in making a plan to head out to Western Ghats. There were lot of options and this resulted in confusion about the place to go. Finally we decided on a place which we never went, fully packed with different activities like driving (for me!!), photography, trekking and the luxury of a Home Stay. 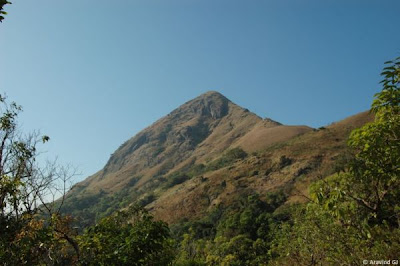 The place we went was Jenukallu in Hassan district. I called up the owner of the Home stay and made necessary arrangements for the stay.
We drove from Bengaluru on Saturday morning and at 12 in the noon, we were at the Home Stay. It cannot be called as a Home Stay in strict terms. It looks like the original owners of the estate got fed up with the peaceful atmosphere of the area they stayed for generations and decided to sell the land to some investor. It would have facilitated their movement to the happening city of Bengaluru. The people who brought the estate currently stay in city while the house is converted into a Home Stay. 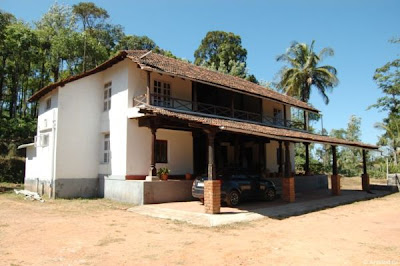 The cook of the Home stay arrived just after we reached the place. It meant that the lunch would be delayed, but we were least bothered. Since there were no other people expected to stay on that weekend, whole estate was at our disposal!!
We spent some time in bird photography. The sunbirds in the garden provided some good photo shots. Krishna was jealous when he saw a male sunbird flirting with two female birds!! 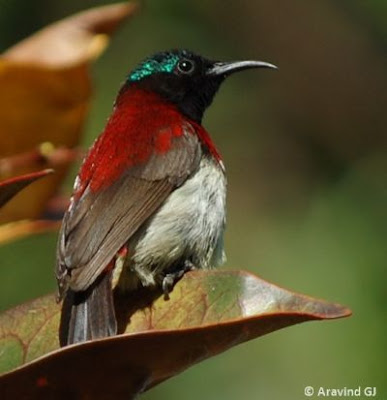 We took some rest after a nice lunch and then ventured out to explore the locality. We visited Betta Byraveshwara Temple which was near the estate. This Temple is in a serene location on a hill top. It looks like the road is constructed newly to the Temple. I was flabbergasted upon seeing a brand new sulabh sauchalaya (Toilet) next to the Temple!! It was too much for a Temple located in a remote location. But anyway, the Temple is quite old and provides some nice view of the surrounding places. 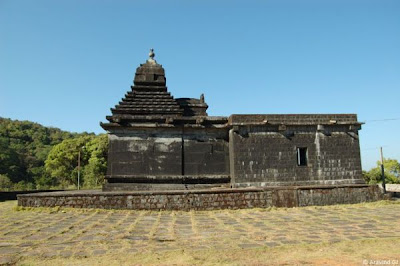 We then climbed a small hill to get a full view of the place. The Jenukallu gudda and digallu peak were the prominent ones. Our plan was to climb them the next day. It looked like a simple task of walking on the ridge from one peak to another!! 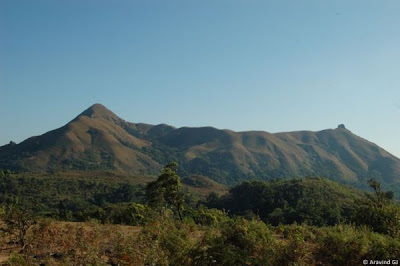 We spent some time just watching those peaks and lazed at a small pond next to the Temple. After sunset, we visited the nearby town just to have a feel of it. The entire area seemed to be very peaceful and original!! 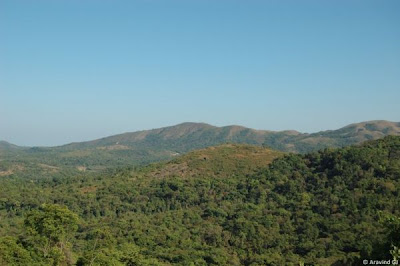 Since we had nothing else to do, we talked and talked till we felt it was time to sleep!!
Next day started with early a breakfast and then we set out to trek to Jenukallu Gudda. Raghu, who works at the estate, was assigned as a guide to us. Initial part of the trek was in coffee estate followed by the forest. The climb was gradual and walk was casual. After trekking for about 45 minutes, we were at the grasslands. The prominent peaks of the area, Amedikallu and Ettina Bhuja were now visible. 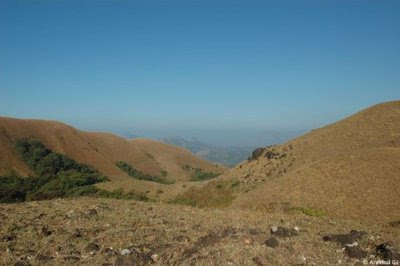 In another 15 minutes, we were at the base of the peak. The views got better and better as we climbed up and we did not spare a single opportunity to click a photo. 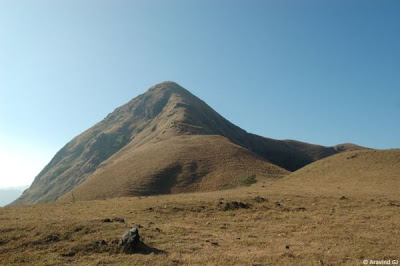 The final stretch was steep. It was bit tricky at couple of places where we had to navigate narrow path through the rocks with vertical fall on one side. This part would pose a challenge for the trekkers climbing during monsoon. 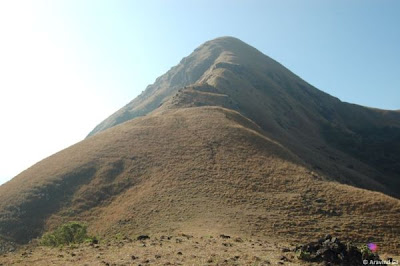 Soon, we were at the peak. We were surprised to hear from Raghu that we were the fastest group to reach the peak till that day!!!! It was about 75 minutes walk for us and we could have still made it even quickly had we not stopped for photos. 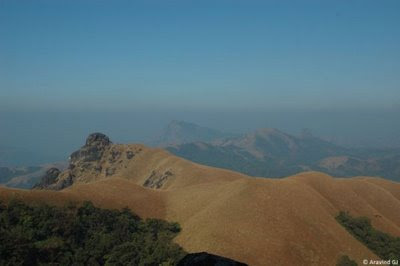 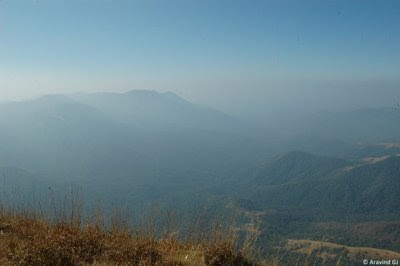 What we thought of a simple walk from Jenukallu gudda to Digallu was not so. We had to climb up and down many valleys to reach that. Since Digallu was at a lower altitude, we decided to give it a miss and started the downward journey. Since we had plenty of time to spare, we walked slowly enjoying the beauty of the nature. There were quite a lot of butterflies which we were able to shoot with our cameras. 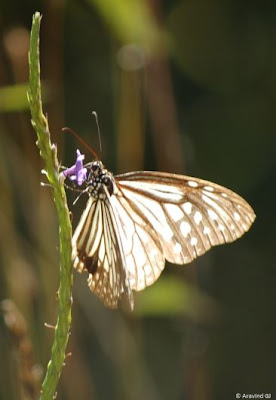 Upon reaching the estate, we spent some time in shooting a parakeet which was next to its nest. After a heavy lunch, we started our return journey. 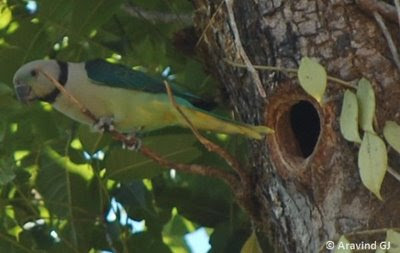 It was a nice experience which will be remembered for long!!
Note:
When tried to book the home stay, we got this site http://www.malenaduhomestay.com/. We were shocked to see the atrocious prices listed for the homestays on the website (Now, they have reduced but still expensive!!). It is just a marketing/broker website with intension to grab as much money as possible. I then got the phone number of the owners of the estate and called them directly. The rates they mentioned were much very less and got a good deal. The owners were very flexible with our plans. 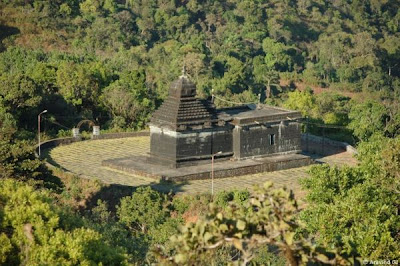