21-23 February 2009
The long weekend was meant for the family trip. It was quite a time since we went to the coastal side. So, we decided to hit the coast. The next question we had was whether to head to east or west. I had heard about the great roads of GQ (Golden Quadrilateral) and ECR(East Coast Road). And Mahabalipuram is a prime spot in east coast!! 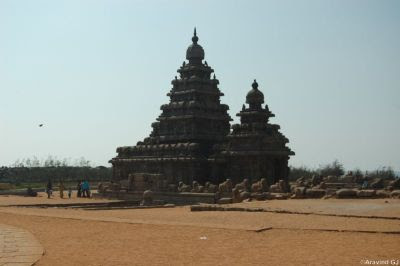 About Mahabalipuram
Mahabalipuram is about 60kms from Chennai on the east coast road. It was the port city of Pallavas during 7th – 9th century. The rock cut monuments constructed by Pallavas dominate the area. 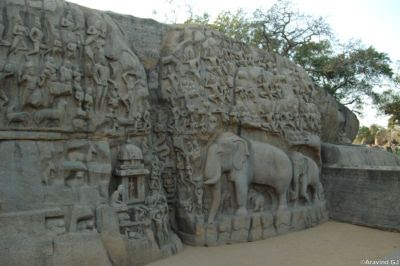 The journey
The route we took was Bengaluru->Hosur->Krishnagiri->Kanchipuram->Chengalpet->Mahabalipuram. The road till Kanchipuram was simply great and the distance from Hosur to Kanchipuram(240km) was covered in two hours. Crossing Kanchipuram took nearly 30 minutes. The road further was good but due to heavy lorry traffic, the journey was slow.
We stayed at Hotel Mammalla heritage at the heart of the town.

Monument complex
The main attraction in Mahabalipuram is the monument complex. The first place we visited was Arjuna’s penance, a huge open air bas-relief. Also known as Descent of Ganga, it depicts Bhagiratha (or Arjuna!!) performing Tapas. 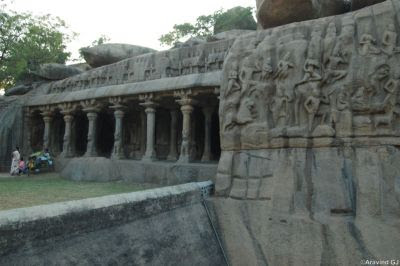 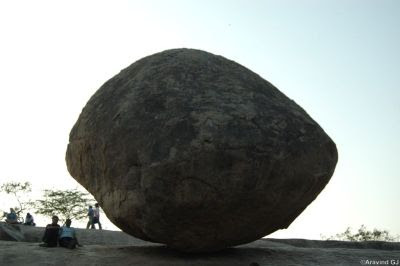 The other monuments that we visited on that day were Varaha cave, Raaya Gopura and Trimurthi cave. 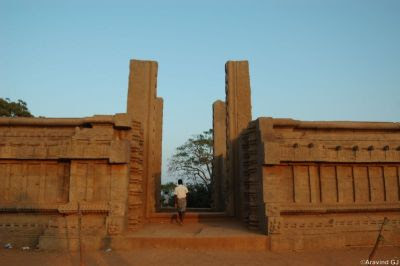 Beach
The Mahabalipuram was a disappointment. Crowded with weekend visitors, it was not a pleasant place to enjoy. My daughter who happy stood in the waves last time was not enthusiastic in entering the sea. Instead she felt happy in playing with the sands. Since the shore was not clean, I did not feel like getting into the sea and just sat watching the activities on the beach. 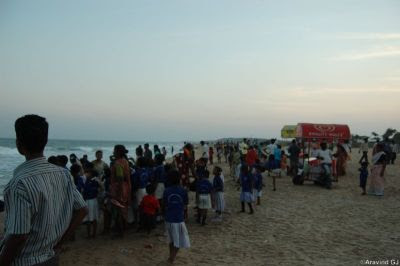 Shore Temple
Next day started with a visit to the shore Temple. The hot and humid climate made my daughter very uncomfortable and started complaining (crying!!) about it. Even my wife was not very happy with roaming under hot sun. They sat under a tree while I went into the shore Temple. The temple has been damaged a lot, mainly because of the time and the salty air. A group of school children were creating havoc by climbing everywhere on the Temple. 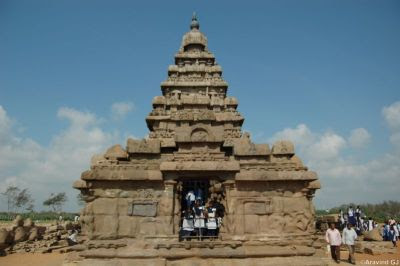 Five Rathas
The next place of interest was “Five Rathas”. My wife and daughter could not tolerate the hot sun; they decide to return to the Hotel. 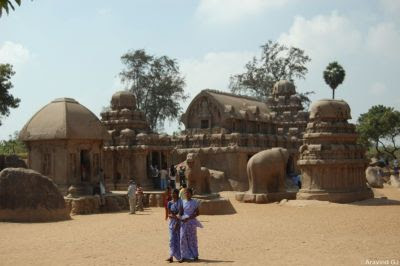 The “Five Rathas” are the rock Temples in a sandy area. The five Rathas are Drupadhi Ratha, Arjuna Ratha, Nakula-Sahadeva Ratha, Bheema Ratha and Dharmaraaya Ratha. All these Rathas were built from a single monolith rock. A lion and Elephant sculpture also stand along with these five Rathas. 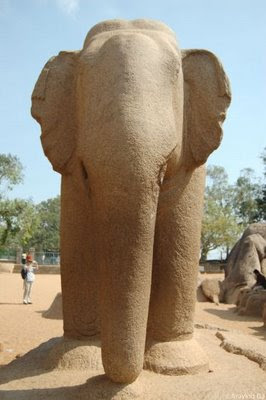 Second visit to monument complex
I had not visited all monuments in the monument complex on previous evening. So, I made a visit to see the remaining ones like Mahishasura Mardhini cave and Temple, Ramanuja Mantapa and finally the light house. 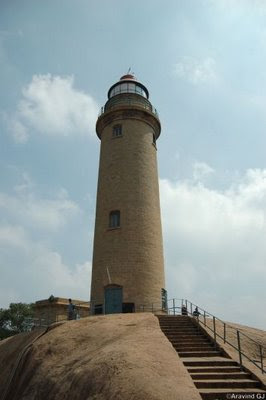 Tiger cave
I had decided to go on ECR drive on the evening. Five km from Mahabalipuram, next to ECR was Tiger cave. This monument area was converted to a picnic spot by people. I felt sick when a big family was jumping and rolling on the monuments. The watchman was least bothered. 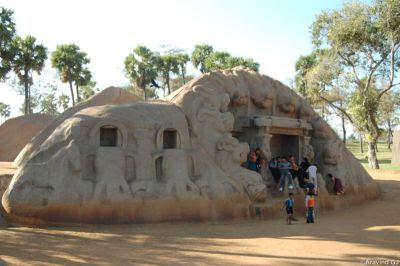 Crocodile Bank
It is a park that houses several crocodile species. A good spot to understand about the reptiles. This park also has few species of snakes. 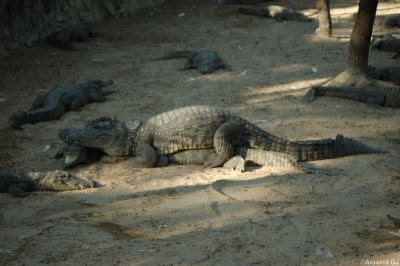 Muttukadu back waters
The day was ended with a boat ride on the backwaters. We then came back to Mahabalipuram and just roamed around the town. 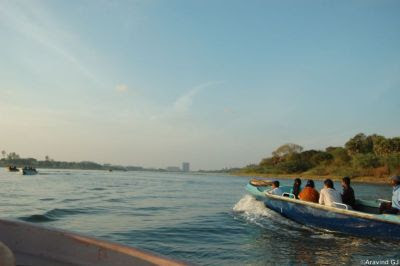 Return journey
We saw the Pidari Ratha and Valian Kuttai Ratha on the outskirts of Mahabalipuram on Monday morning and started our return journey to Bengaluru. 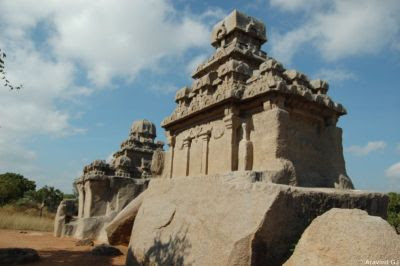 More photos of Mahabalipuram can be seen here.