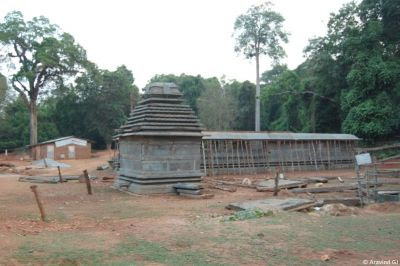 It happens many times that we are not aware of the places that are very near to us. One such place was Sri Uma Maheshwara Temple at Hosagunda. It was near to my native place, but only came to know about it through an article from Rajesh Naik. So, I made a point to visit the place during my recent visit to my native place. 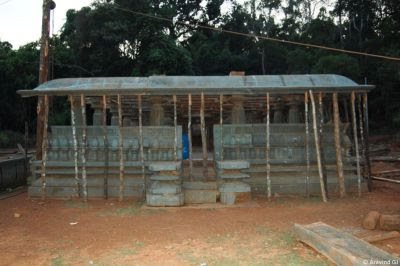 It was already getting dark when I took the deviation to Hosagunda from the main road. Two km on the mud road will directly take to the Temple. 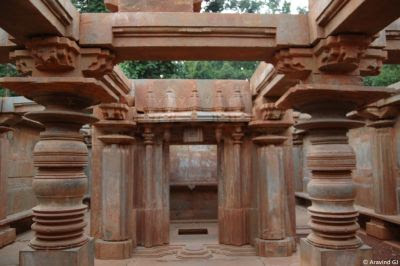 According to History, Hosagunda was the capital of Shanthara Kings from 11th century to 14th century. It was at that time Sri Uma Maheshwara Temple was constructed. But after the end of Shanthara dynasty Hosagunda was reduced to ruins and the forest took over the Temple. And for the next 600 years, the Temple was completely hidden from the outside world by the forest. 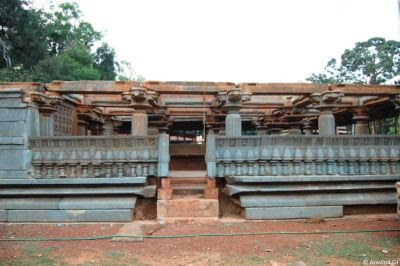 Very less people were aware of this Temple and from 1995 efforts started to restore the Temple to its glorious past. Now, Dharmastala Manjunathershwara trust has taken the responsibility of renovating the Temple and Ramachandrapura Math is conducting the religious rituals. 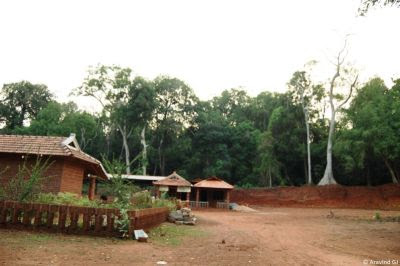 The priest explained the history and the ongoing activities in the Temple. He showed me the photographs of the Temple when it was covered by forest. I could not get a full view of the Temple as the renovation work was ongoing. 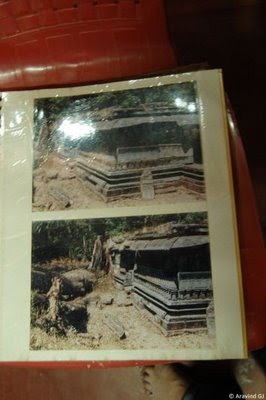 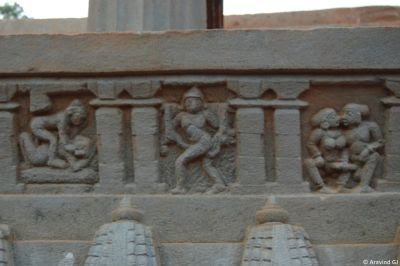 Hosagunda is surrounded by dense forests and efforts are made to declare it as devara kaadu. 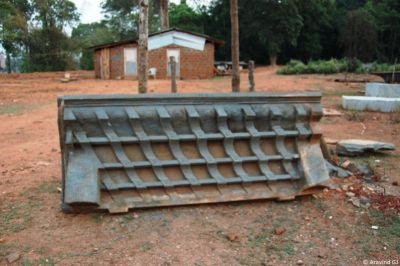 As the priest was explaining the various development activities on the pipe line, we have to see the effects once the Temple is renovated. It will take a year for that. 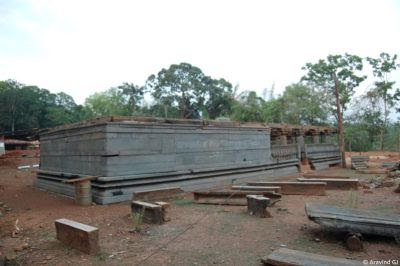 More pictures of Hosagunda can be found here.