13th June 2009
I, Krishna and Subbu started at the wrong time to climb Madhugiri fort. It was a hot afternoon and we had just finished our lunch. With climb devoid of shade and sun beating mercilessly, it was an arduous task. But we decided to push our limits and climb as much as possible. 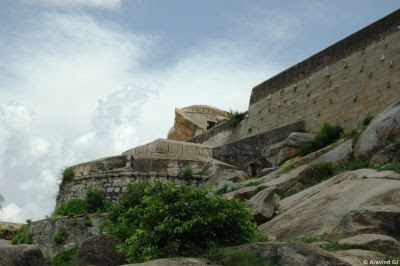 The initial stretch looks easy with the steps constructed are still somewhat intact. Within five minutes of climb, we could view the entire Madhugiri town. The fort was not maintained at all. The only “renovation” activity was painting few portions of the fort with limestone. Because of shabby work, the portion of the fort looks artificial. 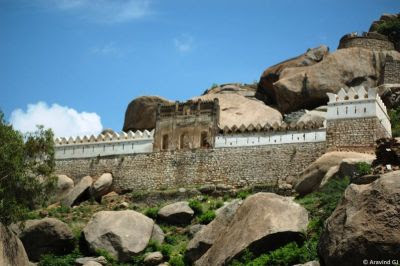 The first part of the climb took us to a Kalyani. It might be used as a source of water during the prime time of the fort. A watch tower provides a nice view of the town. It is an amazing piece of construction which looks like an extension of the rock. 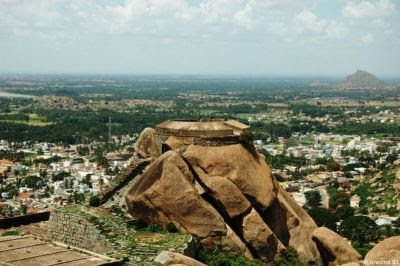 The next part of the climb was on steep rocks. Ledges were carved on the rocks but the iron railings constructed to support climbing was missing. Any place with shade ensured a long pit stop. The climb was too much for us. 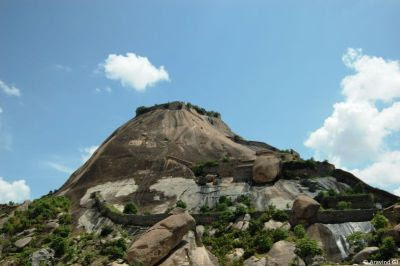 Finally, we reached the last stage of the climb. It was almost perpendicular and seemed very risky. We also had to cross a point where water was oozing out. It was bit slippery and it formed a nice excuse for us to turn back!! A teenage couple who has climbed to the top got down in front of us. Even this could not kick up our spirits!!!! Anyway, we had covered enough to fill our memories. 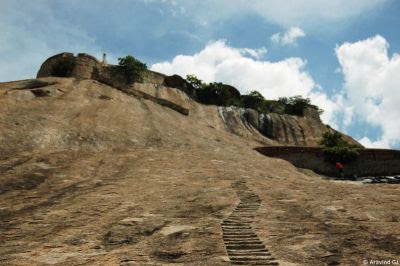 An ideal time to climb this hill is early morning or evenings. 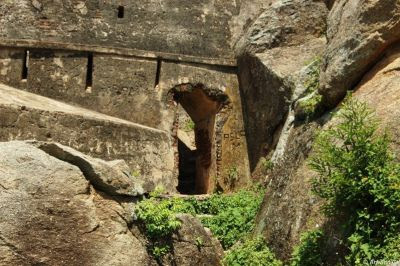 History:
While climbing, we didn’t care much about the history of the fort. There was very less information about it and all I got was that it was started in Ganga period but due to several reasons it was not completed. Later during Vijayanagar rule, Raja Heera Gowda who was a local feudal completed the fort. After the fall of Vijaynagar Empire, the control of the fort changed hands many times. Hyder Ali, Tippu Sultans, Mysore kings and British had all ruled the fort. 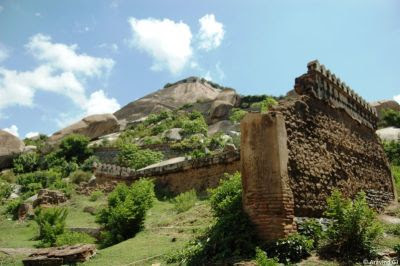