18th April 2009
Banavasi, a small town near Sirsi was once the capital city of Kadamba rulers who were known to be the first royal dynasty in Karnataka. Established in 345 AD, they ruled the areas around Banavasi for nearly 200 years. Later, they were reduced as the feudal lords under the Chalukyas and Rastrakutas for another 500 years. 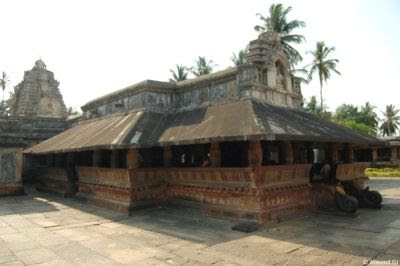 It was during Kadamba rule that Kannada was first used as an administrative language. Origins of Kannada language also point to the time of their rule. 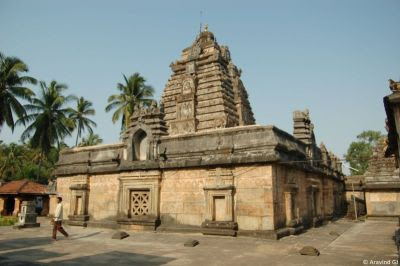 Coming back to Banavasi, though its history dates back to few thousand years, it is mainly known for Madhukeshwara Temple built during 9th century. 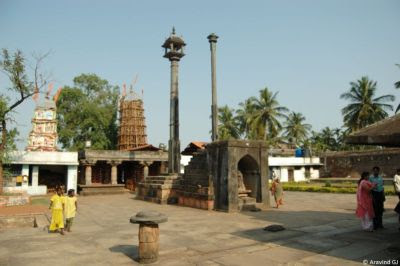 The Temple itself was renovated and new structures were added by later dynasties. Hence it forms a mixture of Kadamba, Chalukya and Hoysala architecture. 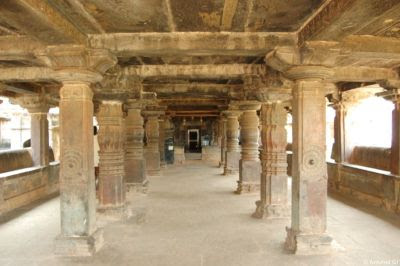 The Sankalpa Mantapa in the front is said to be added by the Chalukyas. The Nritya mantapa was constructed during Hoysala rule. 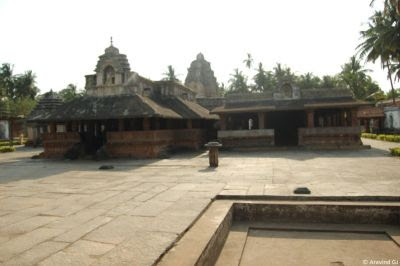 Like in all older Temples, there is a big Nandi statue. The deity of the Temple is a honey coloured Linga and is worshipped daily. So, in addition to the history lovers, it attracts a lot of religious people. 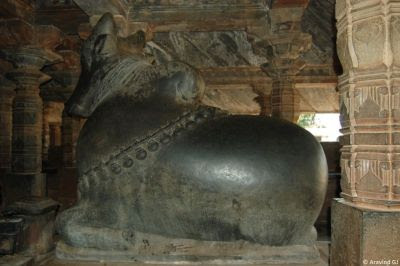 An elephant statue at the entrance greets the visitors. 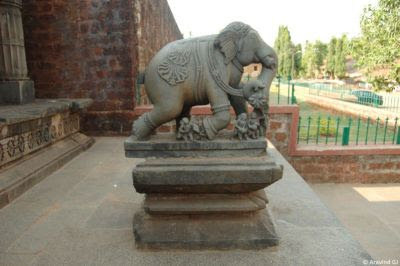 Karnataka Government organizes the cultural festival “Kadambotsava” in Banavasi every year. I think it is held in December. 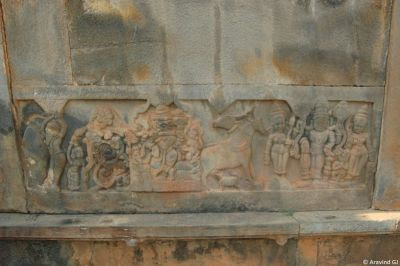 There is also a museum in Banavasi that is supposed to be good. But when i went there, for some unknown reasons it was closed.

More photos of Banavasi can be seen here.