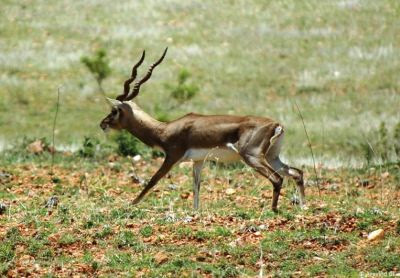 Maidenahalli, a small remote village would have been an unheard village like many others in India. But thanks to the omnipresent Blackbucks in that area, its name draws attention among nature lovers. Though it is near to Bengaluru, its remoteness and lack of facilities make it a rather unfamiliar destination among urban people.

Krishna who had been to this place earlier was looking forward for a second visit. Joined him were I and Subbu. Though there are several diversions all along the route, I had nothing to bother as Krishna still remembered the route!! 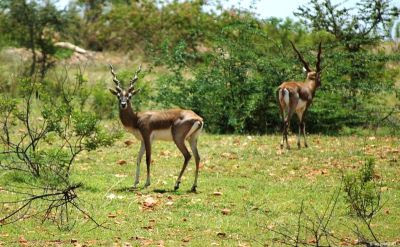 The change in the road conditions was palpable. A NICE road led to GQ, a diversion to State Highway, and then a district road followed by a village road which finally ended in a Kaccha road. There were numerous diversions, no boards anywhere and no people to ask at many places. 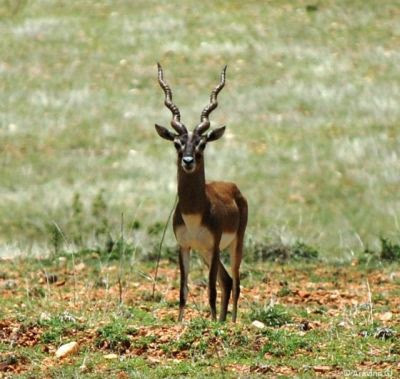 The entry to the Blackbuck reserve was sudden. I was wondering as we were in middle of the cultivated lands and villages, the sanctuary appeared from nowhere. There was a sudden change in the geography and a Blackbuck was visible immediately. We went further and parked our car and waited silently. There were blackbucks everywhere though they never dared to come near us. Resting under the shade to escape the heat, they were “hit” by our cameras. We felt the zoom of the camera was insufficient. 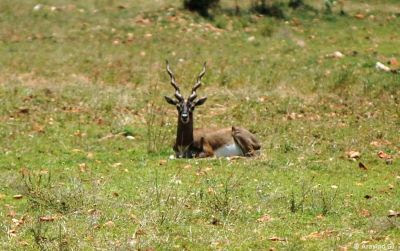 We enjoyed full freedom as there was no one in the area. There was a newly built forest guest house but thankfully it was empty!! A couple of view points provided a bird’s eye view of the area. 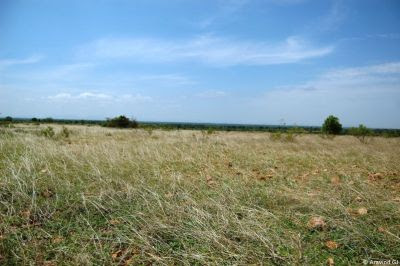 There are about a thousand blackbucks in the reserved area of about 300 acres. We ourselves saw a hundred of them. It looks like they are taken care by the surrounding villages. That alone can explain the prosperity of black bucks in this area. I hope there are no “Salman Khans” in the area!! 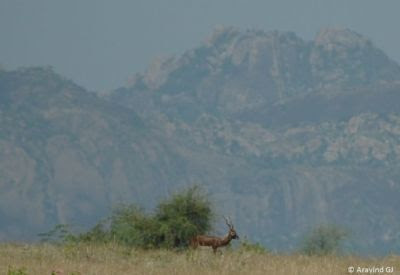 Let this place remains the same for the years to come. Long live Maidenahalli blackbucks!!