17 May 2009
Melukote is a small town about 140 km from Bengaluru. The route is Bengaluru->Mandya->Melukote. Ideal time to visit the place is during early mornings or evenings.
History of Melukote
The 12th century was the time of great rivalries between Shaiva and Vaishnava sects in South India. Vaishnavas were persecuted by the Cholas, who were the rulers of Tamilnadu at that time. Sri Ramanujacharya, the leading preacher of Vaishvism had to escape from Chola rule. He was allowed to live in exile at Melukote by then Hoysala ruler Vishuvardhana. Influenced by Sri Ramanujacharya, Vishuvardhana who was Jain converted to Vaishnavism.

During 14th century, defeat of Hoysala Kings against Muslim forces saw the destruction of Melukote. The town was plundered by the invaders. It was later restored during Vijayanagar rule.
The trip
We (I, my wife and daughter) started from Bengaluru at 12 noon. Since we had decided to visit Melukote in the evening, there was no hurry to reach the destination. Lunch was on the way at a newly opened “Kamath Upachar”. After Mandya, a diversion to the right leads to Melukote. The roads were good all the way till Melukote. 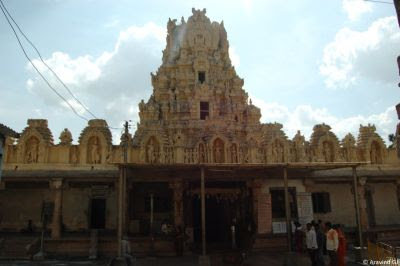 We first went to Cheluvanarayana Swamy Temple. It was closed but it didn’t stop us from exploring the Temple from outside. 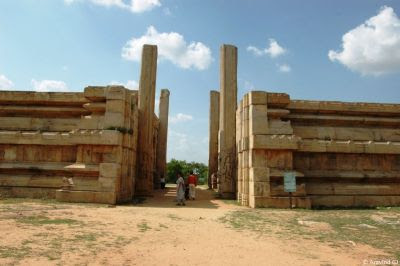 The main attraction in Melukote is Raaya Gopura. It is one monument where innumerable number of movies has been shot. We climbed up the steps to see a panoramic view of Melukote and surrounding areas. There is also a Sanskrit institute nearby. 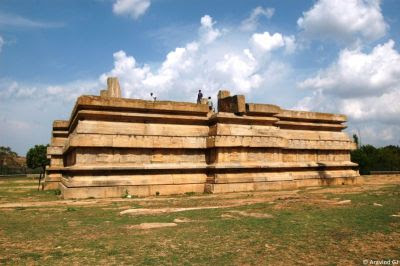 Dhanuskoti, which is at one end of Melukote is said to have significance with Ramayana. One needs to hike for half a km here. The views are simply great. 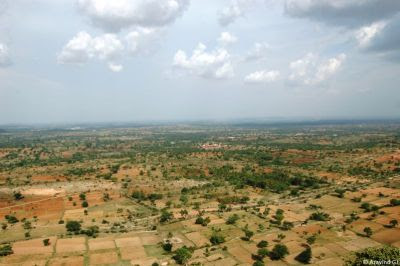 Akka Tangi kola is just next to the Raaya Gopura and Sanskrit institute. It is said to be constructed by two daughters of the king. Even though they are next to each other, one of the ponds looks dirty. There is some strange story associated with it. 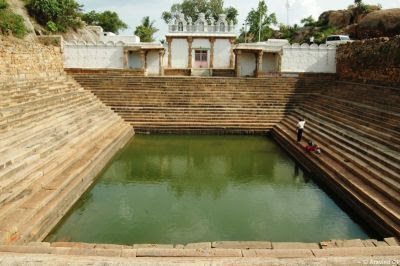 The view of Yoga Narasimha Swamy Temple dominates Melukote. It is one top of a hillock. Vehicles can go halfway and rest of the journey has to be covered by steps that are well maintained. It is a nice place to visit. 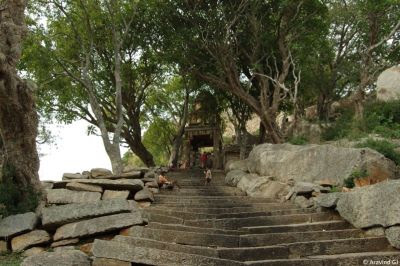 The main Kalyani in Melukote is huge and supplies water to the town. It is another landmark for the movie shooting. It was a relaxing experience to just sit at the Kalyani. 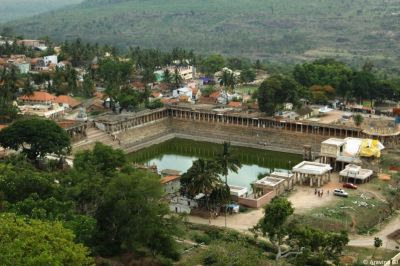 For people interested in Pujas, the opening times of the Temple in the evening are:
Cheluvanarayana Swamy Temple: 4 PM
Yoga Narasimha Swamy Temple: 5:30 PM 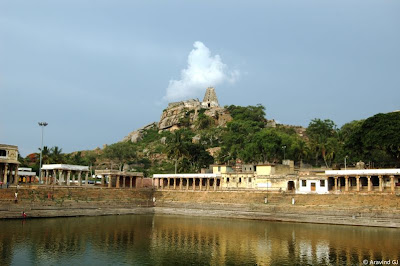 Last but not the least is Melukote Puliyogre and one must not miss it. It is very tasty!! 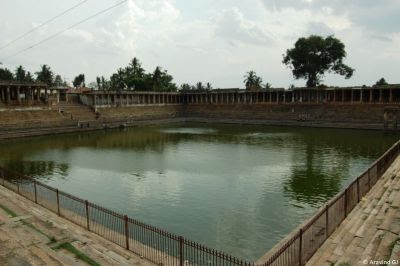 More photos of Melukote can be seen here.