13th-15th August 2009
I was at Kabini last month for an outbound learning program organized by our Company. The stay was at Orange County resorts on the backwaters of Kabini reservoir.
Kabini River (or Kapila) originates in Kerala, enters into Karnataka at Nagarahole National park and finally joins River Kaveri at T Narasipur. A dam was built across the river near HD Kote for irrigational purpose in 1974. This act resulted in submerging huge tracts of forests in Nagarahole. Incidentally Nagarahole was declared as a National forest in the same year!! About half of the reservoir is inside the forest while the other half is surrounded by civilization. 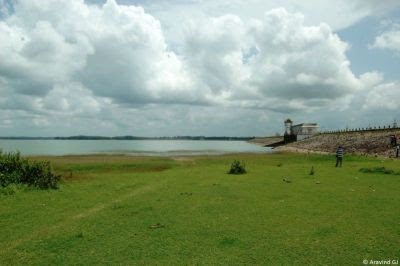 The reservoir also brought a change in the life of wild animals in a different way. During the months of summer, when most of the water sources go dry, animals throng to the backwaters of Kabini, the only place left with water and greenery. The southern part of Nagarahole then forms the largest congregation of Asiatic wild elephants in the world. It is not uncommon to find some 200-250 elephants in that area during that time!! This show of pachyderms lasts during the summer months of March to May. With the advent of monsoons the animals would have a large area to graze and then they spread out.
The resort that we stayed was luxurious as promised. The cottages were spread out and each room had either a Jacuzzi or private pool. Needless to say, we were pampered!! Being next to the backwaters adds to the beauty of the place. 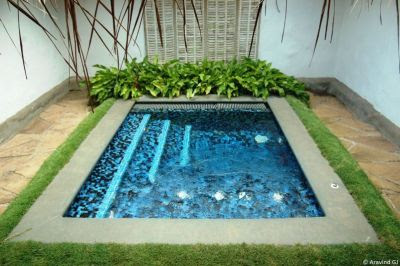 On the first day, few of us set out for wildlife safari. The jungle lies on the opposite shore of backwaters, and we were taken by a boat to the other end where an open top Jeep was waiting for us. During boat ride, we saw fishermen catching a big fish. 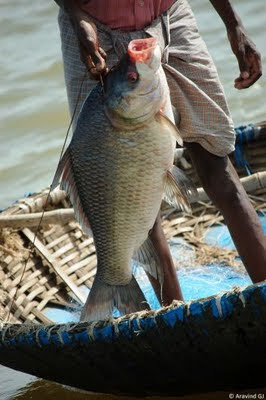 I must tell a crazy thing that happened. At the entrance of the National park, I was told that I need to pay extra money as I carried an SLR camera. That was in addition to camera fees. I had heard of extra charges for video camera and also for foreigners (which I feel is ridiculous) but this was new to me. The explanation given was even crazier. Since I had an SLR camera, I may take professional pictures and make money out of it!! And the forest department wants to have a share of it!! I was aghast on hearing this explanation. When will our Government guys improve?? They were worried about the money I make from pictures and I was equally struggling to get some decent pictures!!!! 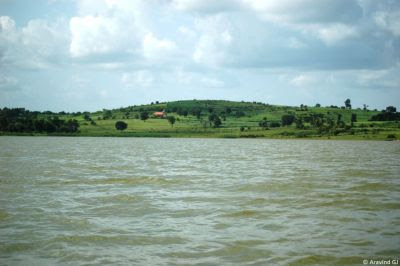 Let us now come back to Safari. We saw lot of spotted deer and few wild boars. Kabini has a great variety of birds which often gets unnoticed in Safari as most people focus on carnivores. 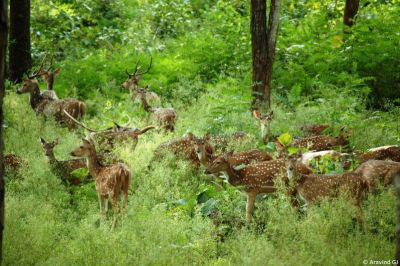 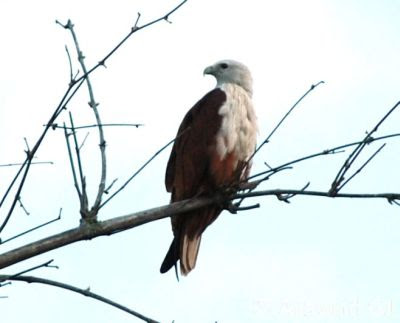 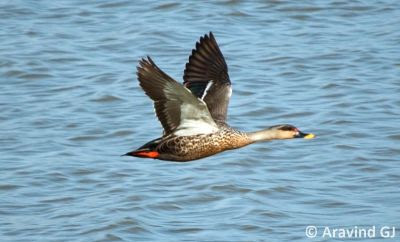 The highlight of the safari was an Elephant family. I was happy to see a tusker in the group. We spent nearly 20 minutes in watching those giant creatures. 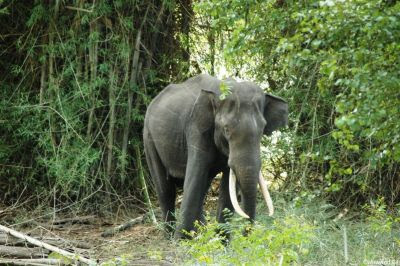 I am still waiting for the sight of a tiger in wild.
Resorts:
For people wanting to visit Kabini, stay options are limited. The cheapest option is to stay in forest guest house at Sunkadakatte but I doubt whether it will be given to non Government people. Mysore is a nearby town but then forest department does not conduct the safari on its own. So, the option boils down to few resorts.
Orange County is the most expensive option and likely the most luxurious one. It is definitely out of reach for middle class people unless sponsored by corporate. The service is top class and the ambience is great. The cottages look traditional from outside but completely modern from inside!! In spite of paying so much, you need to shell out extra for wildlife/boat safari, Elephant ride etc. Since they have limited slots for Jungle safari, one has to book in advance. 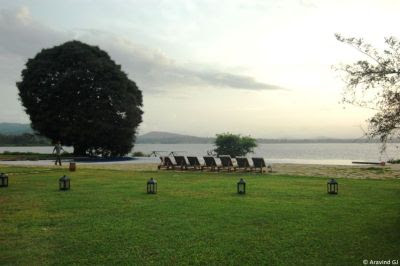 The other resort that I visited was Kabini River lodge. It was 4 years ago. People have an impression that Jungle lodge is expensive. But the fact is that it is the cheapest of all the resorts in Kabini!! The resort has been rated as one of the top five Jungle resorts in the world. Unless you have visited Orange county kind of resorts, you will find the jungle lodge as luxurious!! It has no Jacuzzi or swimming pools, but it is oriented towards wild. Wildlife Safari, boat ride, coracle and Elephant safari are all included in the price. They have very close links with forest department and hence there is no chance of missing a safari. The best thing is that one happens to meet a lot of wildlife enthusiasts and the discussion with them is always interesting!!
There are few other resorts like Cicada, bison and Riverwoods. 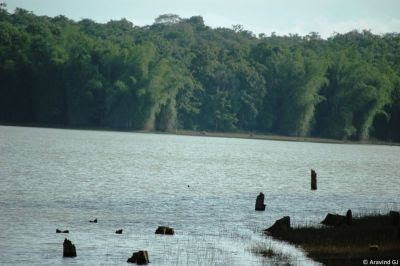