29th-30th August 2009
The southern part of Kodagu district always amazed me. One reason was that it was less frequented by people when compared to the towns like Madikeri and the other was the forests that were still remaining amidst the coffee estates. So, when my wife asked to take her to some place in western ghat, I place I through was Kabbe. 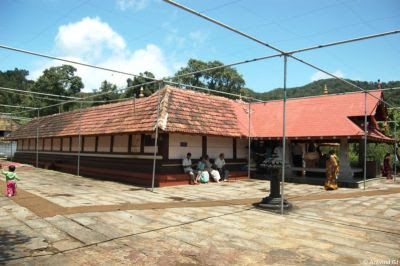 Our trip started with a visit to Padi Igutappa Temple at Kakkabe. Kakkabe is 20 km from Virajpet town. This is the most sacred Temple for Kodava people. One can see people in Kodava traditional attire at this Temple. I was told that it would be nice to visit during Huttari festival. Later, I also came to know that the lunch served at the Temple was superb!! I rued myself for missing this important information!! 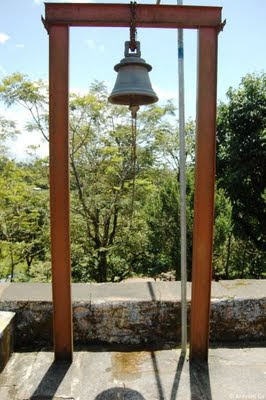 The place we stayed was Kabbe holidays, near the village of Chelavara. It is a place of several waterfalls. The home stay is at the back drop of Balliyatra falls. 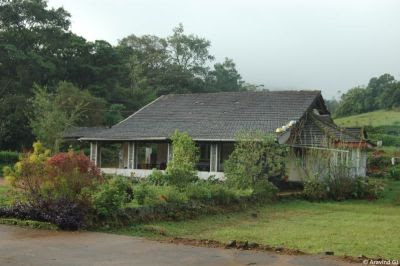 We were greeted by the couple Dilip and Vidya Chengappa who owns estate. My daughter immediately liked this place and was running everywhere with joy!!
Lunch was with Dilip and Vidya. I and my wife very much liked the Kodava traditional food that was served. It was supposed to be a relaxed trip, there was nothing to hurry. My plan was to visit Kabbe hills in evening. Since the weather was completely misty, Dilip suggested visiting Kabbe hills on the morning of next day. We then visited Chelava falls. Since it was difficult to get down the falls with the kid, Dilip took us to a place where my daughter can safely play in the water. 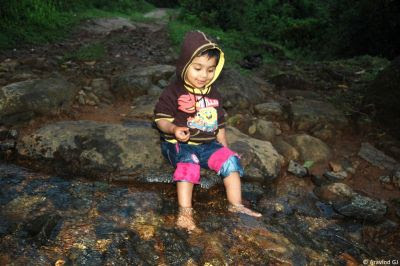 My daughter was excited to play in the water. After some time, it started to rain and we had to return back. But my daughter refused to come out of water and we had to lift her forcefully!!
On the next day, I got up early at 6AM and started towards the Kabbe hills. My wife and daughter did not want to get up from their sleep. So, I went alone. 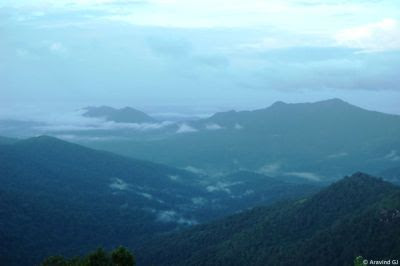 The first 15 minutes was through the houses and estates. Later part of the journey was through the forests and grasslands. As I climbed higher, the views of the surrounding areas became clearer. Shorter, I was at the Kabbe hills. The end of the Jeep track marks the Kabbe hill. The view from the hill was spectacular. The endless stretch of forests at the Kerala side was a scene to watch. The beauty was compounded several times by the hanging clouds. There was a complete silence and I being alone enjoyed the solitude. 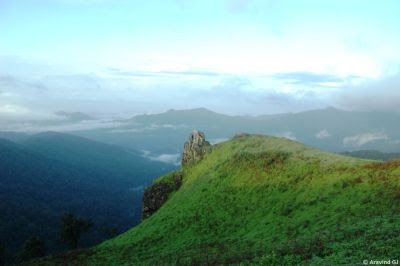 I decided to climb an adjacent hill that looked taller as I had ample time at my disposal. But then there was a sudden change in the atmosphere. The entire area was engulfed in mist and the visibility was very less. I did not like the prospect of getting lost in the mist. So, I hastened backwards to reach the Jeep track and then back to the estate. Even if I was late by few minutes to reach the Kabbe hills, I would have missed the panoramic views. 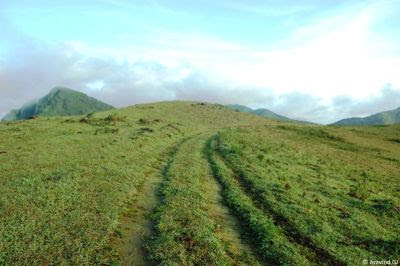