30th August 2009
The first time I saw this place was during January 2005. It was while trekking to Tadiyandamol peak. The Palace was being renovated during that time. 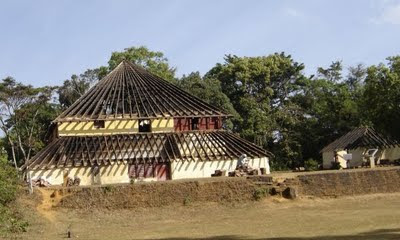 Having seen Mysore Palace, I must say that I was not impressed by the simple look of Nalknad Palace. So much so when I stayed at a home stay in front of the palace last year, I never bothered to give a visit to that place.

That was last year. I then happened to read a novel “Chikka Veera Rajendra” written by Masti Venkatesh Ayengar. It was a very good novel and I need not vouch for it as it has won a Jnanapith award. The novel depicts the happenings during the last year of “Chikka Veera Rajendra”, the last king of Kodagu. Nalknad Palace is mentioned several times in the novel and the last king of Kodagu was caught by British in this Palace. This novel stirred up my interest on this Palace.

So, when I happened to visit Kakkabe, I made sure that I see Nalknad Palace. 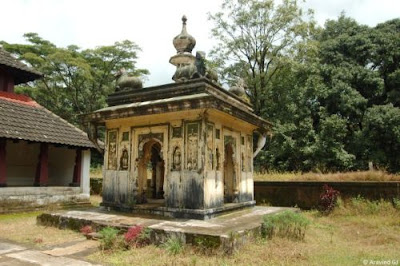 This Palace was built by the Kodagu ruler Dodda veera Rajendra in 1792 AD specifically as a hiding place in case of any attacks to his kingdom at Madikeri. The last ruler of Kodagu Chikka Veera Rajendra took refuge in this Palace before surrendering to British in 1834 AD.

The guard of the Palace volunteered himself to guide us. He was a nice guy and had some knowledge about the place. Originally, the Palace had thatched roof now replaced by Mangalore tiles. 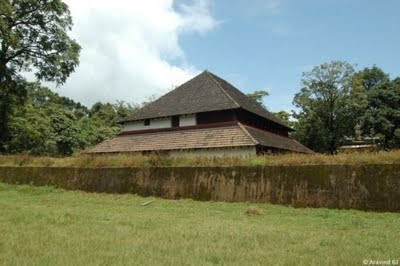 I was surprised to see the paintings in a very good shape on the roof of the Durbaar hall. I was wrong!! The guard told that the paintings were done by film crew for shooting few years ago. Those were the days when the Palace was guarded. 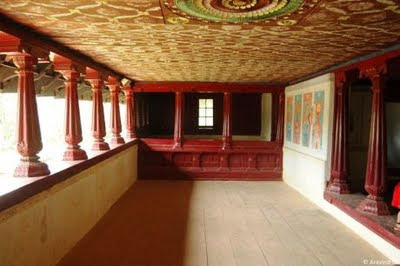 The guard also showed us the place where the king had taken refuge. A very narrow dark passage well suited for hiding.

A nice place to see if one is interested in Kodagu history. 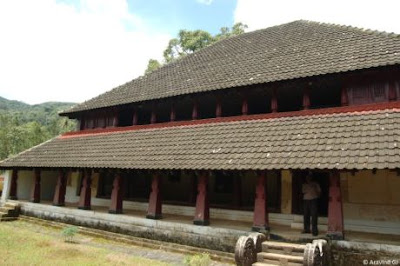