19th September 2009
Pavagada is known for infamous reasons. Few decades ago, it had a reputation of being the home of wolves that used to carry children. But it was long ago and remained as mystery. Naxals, who are far more dangerous, have also given a bad name to this place.
Information about an old fort in the town of Pavagada made us (I, Aishwarya and Krishna) to visit the place.
The route we took was Bengaluru->Dabaspet->Madhugiri->Pavagada. On the way, few snaps were taken of the sun flowers near Madhugiri. 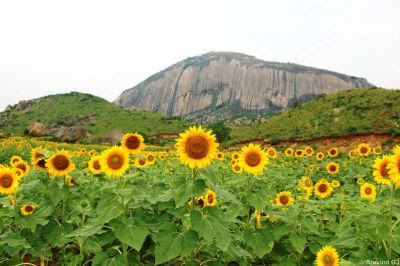 Pavagada is joined to Karnataka through a narrow chicken’s neck. People traveling from Bengaluru have to cross over to Andra Pradesh to reach Pavagada. Road is ok in Karnataka side and the counter part in Andra is very good with no road humps. I am now convinced that the roads in Karnataka are either filled with pot holes or road humps.
As we entered Pavagada, we could see a big crowd at the Shani Temple. I then came to know that this Temple is quite famous and attracts devotees from far places.
To reach the base of the hill, we had to pass through some narrow lanes. As the car could not go through these lanes, we decided to park the vehicle and started walking. The place was very filthy and Krishna being very conscious about cleanliness was complaining about the foul smell. I had no issue as I had a running nose!! 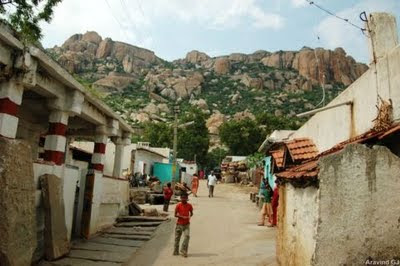 We left the dirty place to enter into the base of the fort. The climb was quite easy with steps constructed everywhere. It was surprising to see the fort in a better condition though it was not maintained at all. 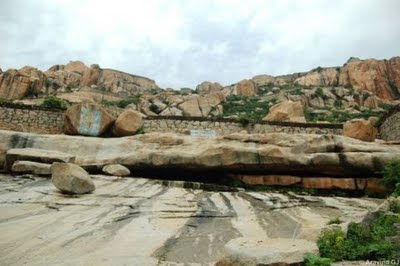 Entry to each stage of the fort has a giant door. 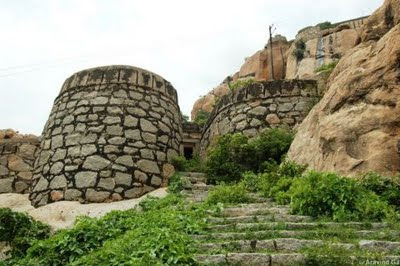 In the midway, there is a small Hanuman Temple. 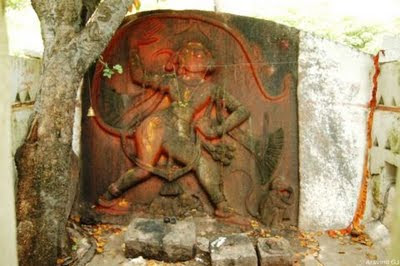 A Kalyani is at the upper reaches of the fort which might have the main water source for the fort. 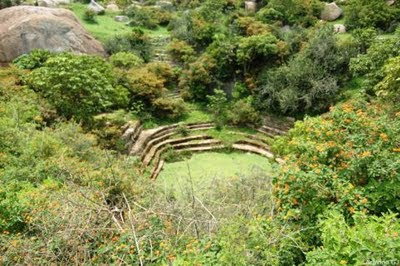 It took us about 50 minutes to reach the top of the fort. As expected, the views from the top were simply great. 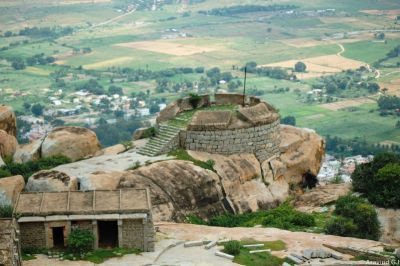 There was also a small tunnel which enters into a room. Again it was surprising that it was in a good condition. It might have been used as a hiding place or ammunition storage. 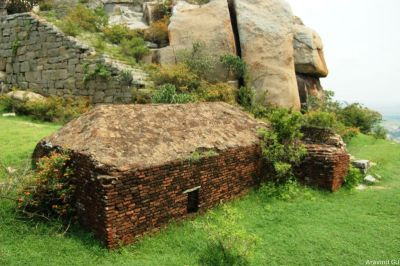 A building at the top resembles a mosque. It might have been built during the times of Hyder Ali. 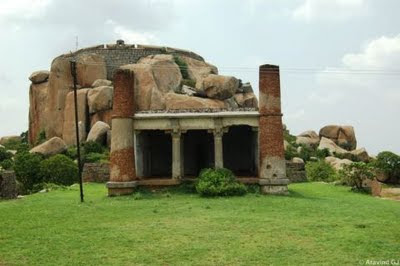 The fort has lot of space on the top and one can leisurely explore different parts of the fort. 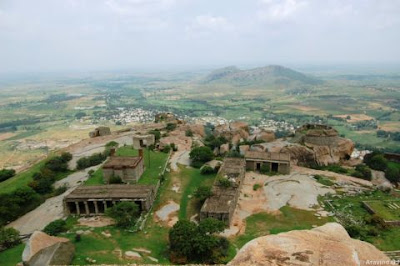 The descent was faster and it took less than 30 minutes to get down. 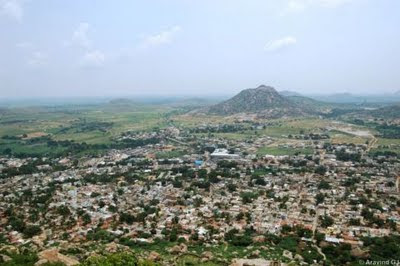 Pavagada is a very backward town with minimal facilities. We could not find any good hotels and had to content with some bad lunch at a local hotel.
Historically, this fort was built during Vijaynagar times. It was also a place where a major war broke out between Tippu Sultan and British. 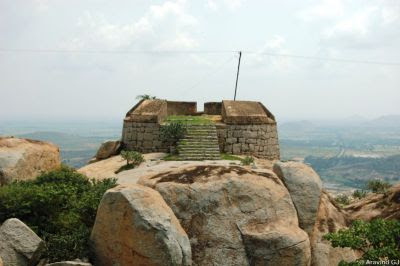 Trivial:
· The first time I heard about Pavagada was during my childhood while traveling from Kumta to Siddapur on Badala ghat. Most of the sign boards pointed to Pavagada. I could not think of a connection between Pavagada and a distant ghat road of Badala!!
· On return journey, as we re-entered Karnataka, a stone wall indicated that we are entering “Mysore state”!!