23-24th October 2009
Our trip to Madhya Pradesh started from Indore. Our original plan was to proceed to Mandu, but we had to stay in Indore as we reached late in the evening. Our halt was at Hotel President in RNT Marg at the center of the city.
We started at 8AM from Indore on a taxi. It took about 2 hours to reach Mandu. As we entered Mandu, we could see ruins everywhere. Mandu is said to be the second largest ruined town in India after Hampi. Driver stopped at a view point at the beginning of Mandu to take some snaps. We then directly checked into the Hotel (Malwa Resort). 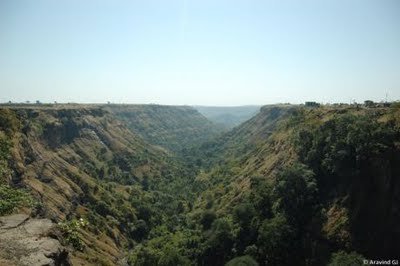 Without wasting any time, we proceeded for sight seeing. As suggested from the Hotel Manager, we started from Jahaz Mahal complex at the center of Mandu village. Here, we met with the guide Devendra Yadav and made a deal for the entire day.

The guide first gave the history of Mandu. “Though the history of Mandu goes back to 6th century, its existence can be taken from 10th century. It was ruled by Paramara kings and the name of the town was Mandhavgarh. In 1305 AD Khiljis defeated Paramaras and took control of the Malwa region. The name of the town was changed from Shadiabad. For next few centuries, it was under the control of Afghan rulers. Akbar captured the town during 16th century and finally by Marathas in 18th century. It can be said that the city went into ruins after the end of Akbar’s rule. Most of the monuments belong to Afghan rulers built on top of demolished Hindu structures”.
We started with Hindola Mahal. It was named so because of the sloping side walls. (Hindola means swing). Built during Ghiyatud-din during 15th century, it might have been used as an audience hall. 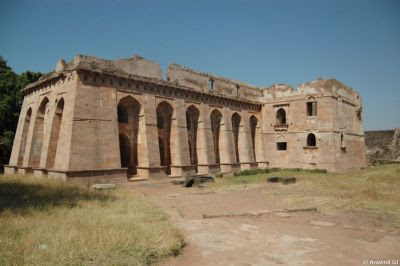 Guide also showed us the place which had geyser system and running hot water on pipes. Also, a pond where the queens were trained to jump during enemy attacks. While the enemy would think that the queens have committed suicide there was a passage under the water to escape outside!! 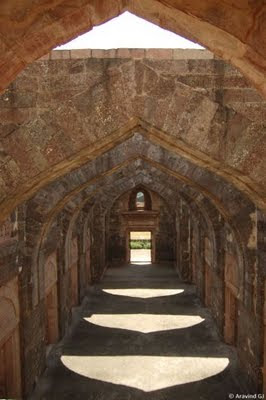 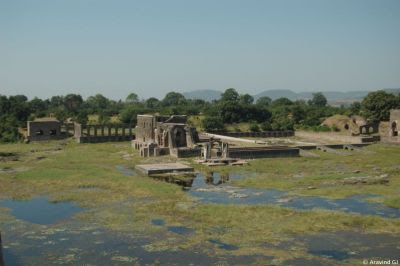 The most beautiful monument was Jahaz Mahal. It was named so as it looked like a ship standing between the two ponds. 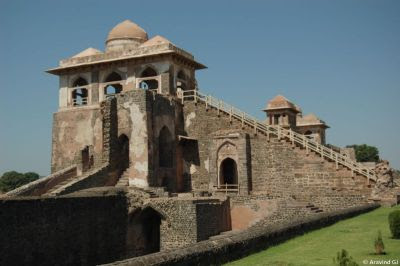 Our next visit was to Jami Masjid. 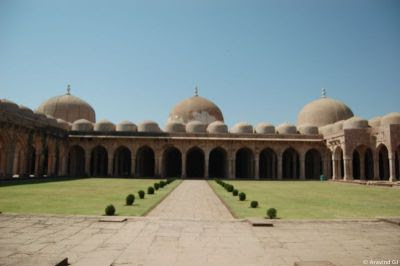 Adjacent to Jami Masjid was Hosang Shah’s tomb. Guide mentioned that Taj Mahal architects were inspired by this structure. 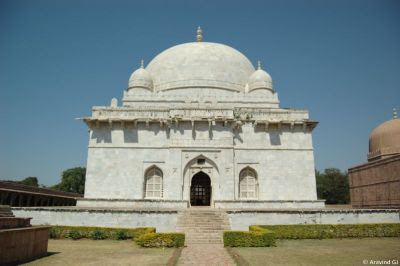 Ashrafi Mahal was our next monument. Most of it is in complete ruins now, but once upon a time it was a seven storey tower. 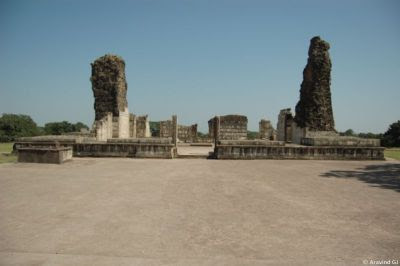 By this time we were quite tired and decided to have lunch and break for an hour.
Post lunch, we set for the Rupmati Pavilion. A story about Rupmati (From Wikipedia)
“
Rani Rupmati, also spelt Roopmati, was a Hindu Rajput singer of Malwa. Sultan Baz Bahadur and Roopmati fell in love with each other and were married according to muslim and hindu rites.
Adham Khan was prompted to conquer Mandu partly due to Rupmati's beauty. When Adham Khan marched on the fort Baz Bahadur met him with his small force and was defeated, roopmati poisoned herself. Thus ending the magical love story which was steeped in music, poetry, romance, war and death.”

It is said that Rupmati always wanted to see the Narmada River. In order to fulfill her wish Baz Bahadur constructed this pavilion in 48 hours at ones of the highest points of Mandu. 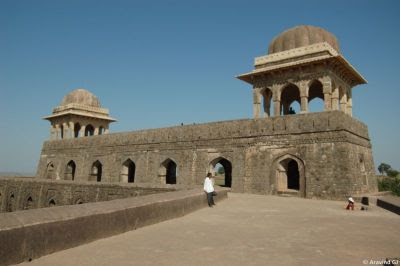 From the top of Rupmati Pavilion, one can see several Mandu ruins and large plain areas. 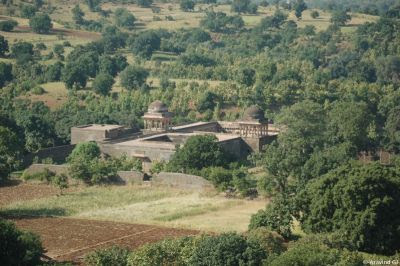 Baz Bahadur Palace. It was also the place where music concerts were held. 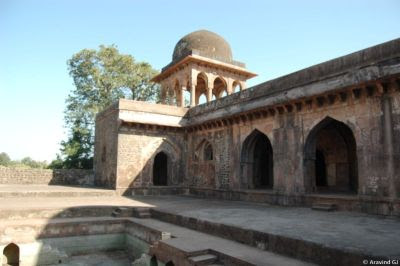 At echo point, guide explained how voice messages were transferred from Mandu to Dhar (now a district headquarters 30 km from Mandu). Since, many of the structures are in ruins; we can only hear an echo.
Then our guide took us to Nilakanth Palace. Originally a Temple, it was changed to guest house by Akbar. Later, Marathas reconverted it back to Temple. One can still see the Persian inscriptions in the Temple. 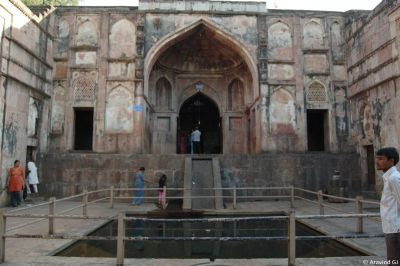 By this time, we had completed the important monuments. While my wife and kid started playing in the resort garden, I gave a quick visit to Dai-Ka-Mahal complex that was near our hotel. The area looked very secluded. 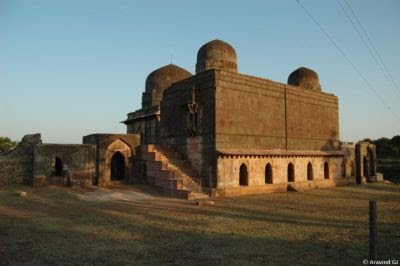 Guide had told about the sunset point, but we missed at as we misestimated the sunset time. We were there at 6PM but sun had already set by that time.
There is nothing to be done in Mandu after sunset. We just relaxed at the lake near out hotel. 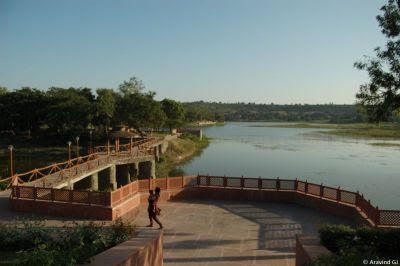 Thus ended our first destination in MP. The next day promised to be hectic!!