30th September 2009
Syntheri rock is a 300ft granite monolith where the Kaneri River gushes below the rock causing crevices at the bottom providing stunning views. The place is about 30 km from Kulgi Nature camp in Dandeli. 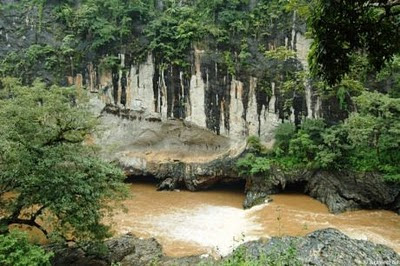 After our Nagajhari waterfalls trek, we (I, Krishna, Subbu and Saravana) made an attempt to visit this place in the evening. Due to heavy rains, it got dark even before we reached half way. We had to postpone our plans by a day. 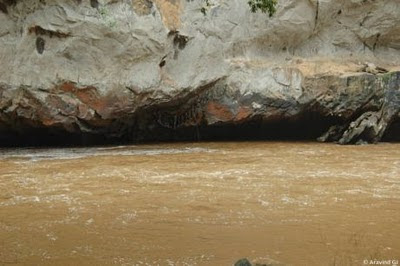 The drive to the place itself was amazing. Smooth and narrow road cutting through the forest covered with fog was an experience by itself. 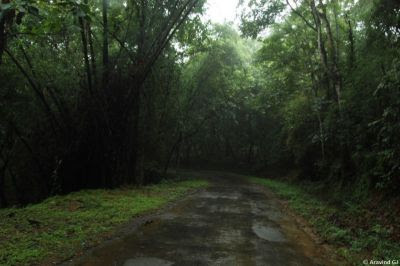 The last two km to Syntheri rock was on a mud road. One has to stop at the start of the mud road to get permission from forest department. A couple of minute’s job will be completed in a jiffy. 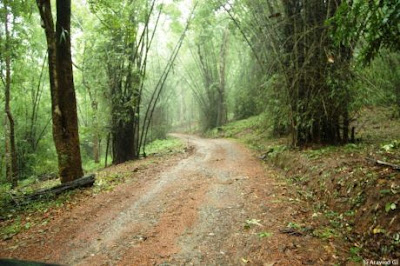 The view points erected provides a nice view of the rocks. The steps are constructed to get down into Kaneri River. Getting into the river is almost impossible in monsoon. While the Kaneri river itself looks scary here, there are instances where people who got into water never turned up again. 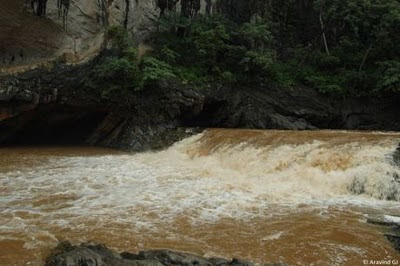 A small Hanuman statue on the rock shows that there are brave hearts who dared to cross the river. I don’t know how they crossed that ferocious river, but I feel that it can be done only during summer months when the water level goes down. 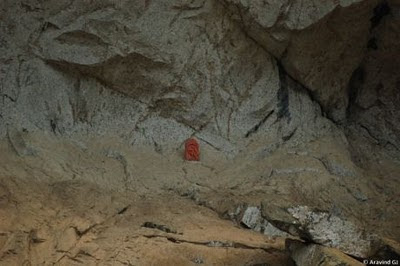 The trip to Syntheri rock would have been a serious affair but for a hep looking guy wanting to get photographed in various positions. A poor chap who had accompanied him was busy taking snaps of his companion. We might have spent an hour at the place but his photography sessions were still ongoing even when we were returning back!! 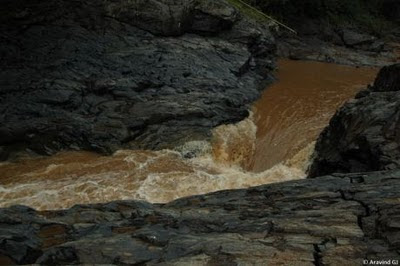