At last, the elevated highway connecting silk board junction to Electronic city was opened last Friday giving a sigh of relief for the daily commuters to E-city. Few years ago, it was a nightmare to travel on that road. There were many cartoons that were circulating those days. Few of them are (downloaded from internet and my mail box) 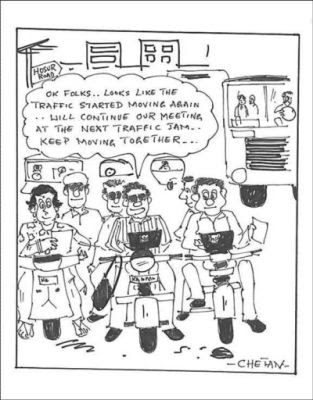 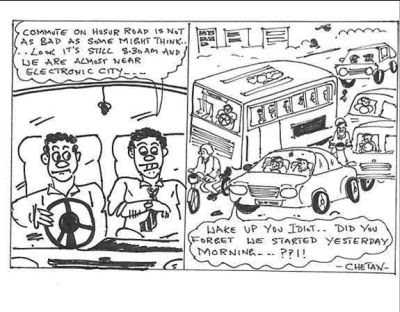 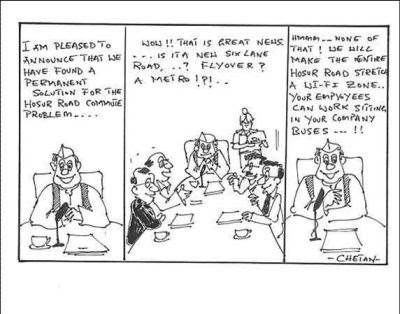 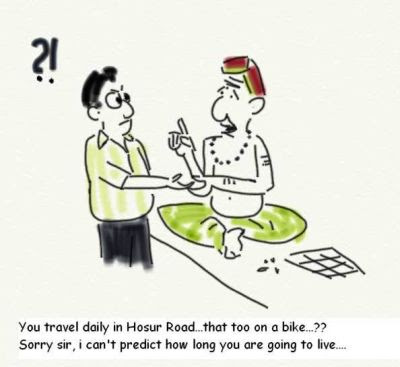 I and Krishna happened to go on this road today. While Krishna enjoyed the driving, I took a few snaps. The whole drive of about 9 km took less than 7 minutes!! There were times when it took more than an hour to cover this stretch. 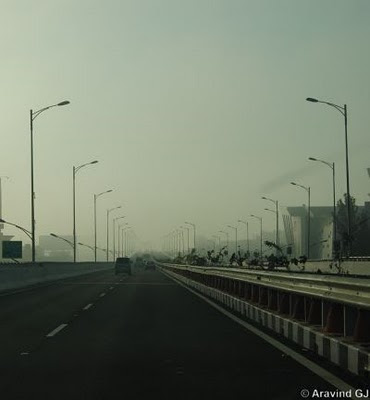 As an “Inauguration offer”, toll is not levied for two weeks. I hope that the toll collection mechanism would be efficient. Else, crossing the toll point itself might become a bottle neck. 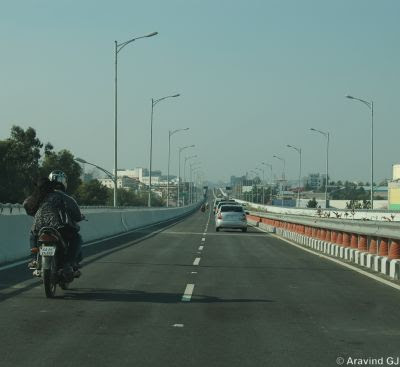 I feel that allowing two wheelers on such a high speed road is not a good idea. The four wheel guys would give a hard time for two wheel drivers. Though the top speed was limited to 80km/hr, it was not seriously followed.
Anyway, opening of the elevated road is a positive development for Bengaluru city.