26th December 2009
When Nelliampathy trip was planned, Palakkad was also included in the itinerary. The two reasons were:
· To get a break from the long journey from Nelliampathy to Bengaluru.
· Palakkad fort and Malampuzha gardens. 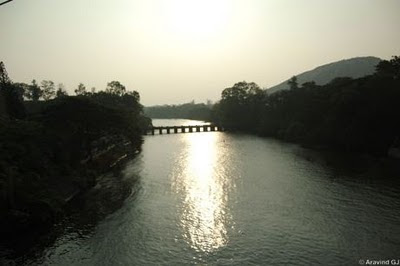 Palakkad is located in the area called as “Palakkad gap”. The Western Ghats that run from Gujarat to Kerala along the west coast form a gap here. Being the only break in the Ghats, this stretch forms an important route for vehicles that ply from Tamil Nadu to Kerala.

Palakkad looks “different” from other parts of Kerala by having a large number of “pure veg” restaurants!! The Tamil influence might be the cause for it. 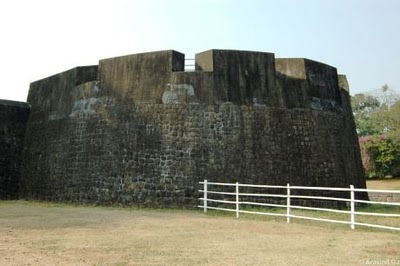 Situated in the heart of the town, this fort was built by Haider Ali. The fort is well maintained with nice gardens around it. It houses a Hanuman Temple and a Jail!! 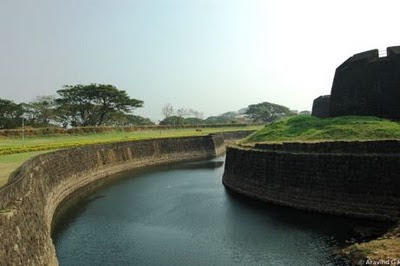 Malampuzha gardens
Malampuzha dam and the garden at the foothills of the Western Ghats is a major tourist spot. It is about 14 km from Palakkad. 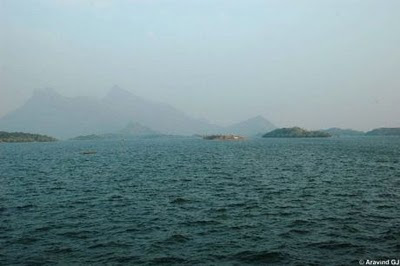 The major attraction here is a rope way built across the garden. A km long ropeway takes about 20 minutes. People have to embark and disembark from the ropeway on the move, an action that can be performed by everybody as it moves very slow!! 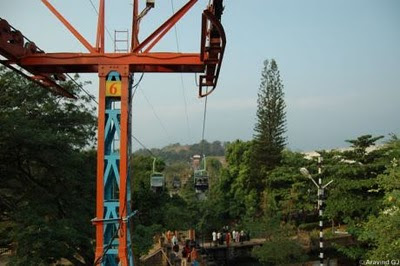 Nevertheless, it was an enthralling experience for me, my wife and my daughter. She remembered everything that was in the garden and wanted to go to each place after we got down from the ropeway!! It was her day out. 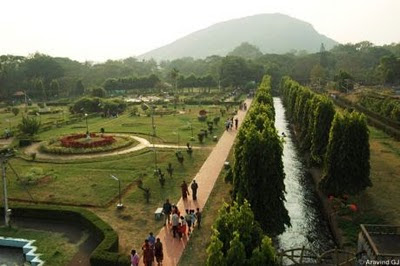 A major attraction in the garden is a huge Yakshi sculpture. 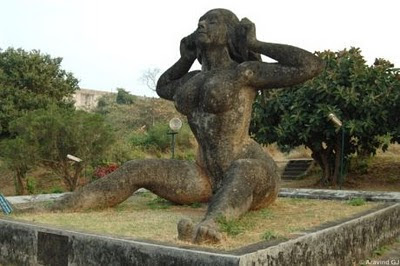 A nice place especially for kids!! 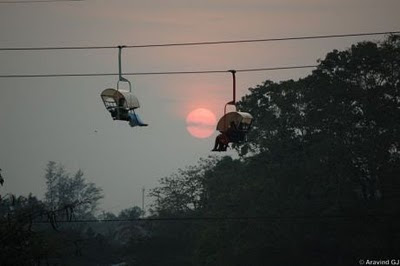