Hong Kong as a city consists of three main logical area.
· Lantau Island – the least populated of all areas has the airport and some tourist places like Big Buddha and Disneyland.
· Kowloon – The peninsula area physically connected to mainland China.
· Hong Kong Island – This is place that has the major landmarks (I mean the “big buildings”) of Hong Kong. 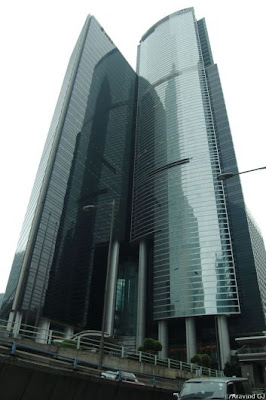 Though Hong Kong is merged to China, but China has a policy of “One country, two systems”. So, one has to pass through immigration process to gain an entry into Hong Kong (even from China).

One of the tourist attractions in Hong Kong is the peak. Situated in the Hong Kong Island, one can see the entire landscape of Hong Kong. There is a peak tram that takes people from the base to the top of the hill. 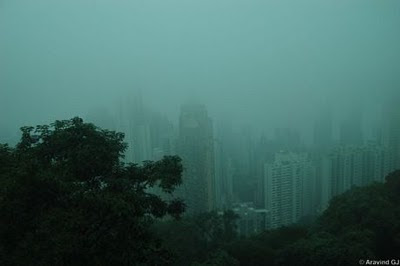 But on the day I visited the peak, cloudy weather played spoilsport. After spending few minutes on the top, I got down to the base. 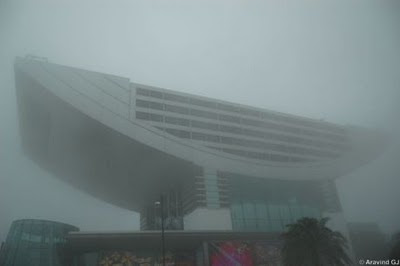 The other attraction was the Hong Kong Island view from Kowloon area (Tsim Sha Shui). I took a ferry to cross over to peninsula. 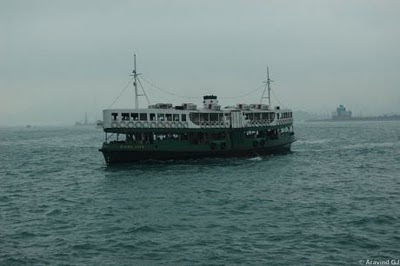 From here, one can see the landscape of the Hong Kong Island. 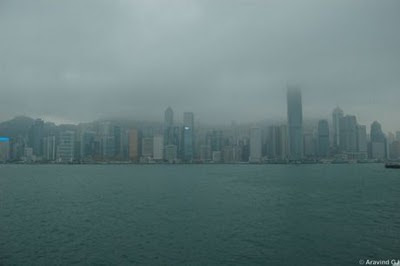 I perambulated in the area for some time before I decided to head back to Hotel. 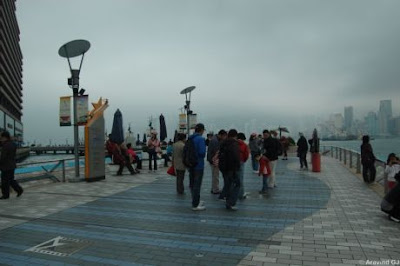 I was there again in the night for the light show. Taking a photo without a tripod was tricky. The rains made the matters even more difficult. 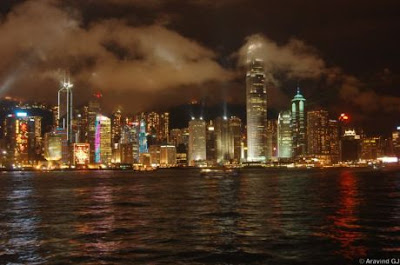 More photos of Hong Kong can be seen here.