The first trip of this year was to the fort town of Chitradurga. Even though it is 200 km from Bengaluru, it can be easily done in a day thanks to the good roads. It was a family trip with my wife, mother and daughter.

The journey started early in the morning and at 10AM we were in front of the fort. The first expression that I had when entered into the fort was it was “huge”. It may be the biggest fort in Karnataka. Also, a well maintained one with steps constructed at many places, directions marked at several places in the fort and beautiful parks. 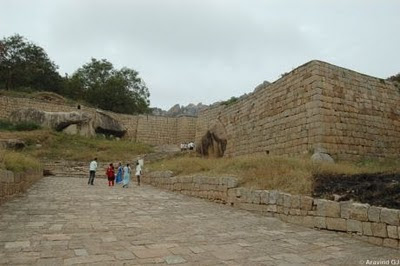 It was my daughter’s day out. She happily started climbing the steps and kept her enthusiasm at high level throughout the trip. 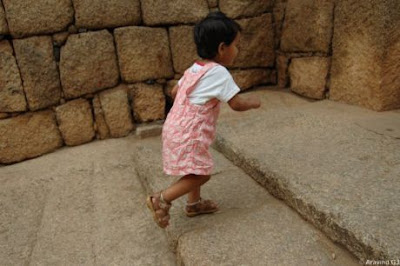 Monkey man
One of the attractions in the fort is the actions performed by “monkey man”. While the tourists held their breath in tension, he quickly does the act of climbing in a jiffy. He does it everyday. And he does not do it for money!! Many people tried to give him money but he staunchly refused. 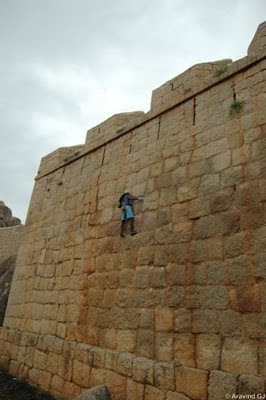 Other places
We reach the mid point of the fort where the path splits into three. One takes through Akka Tangi honda (a pool) to Onake Obavana kindi. It was here the great lady “Obavva” fought with the enemy soldier single handedly using a masse. Surprising part was how human beings could enter through such a small hole. 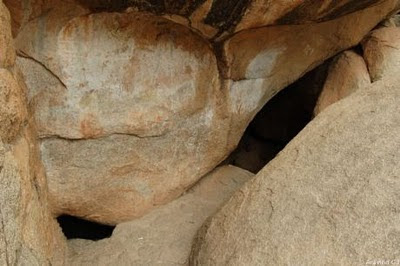 While others rested at Akka Tangi pond, I climbed up to see Gopala Swamy Temple. The pond by the same name looks good from the Temple. 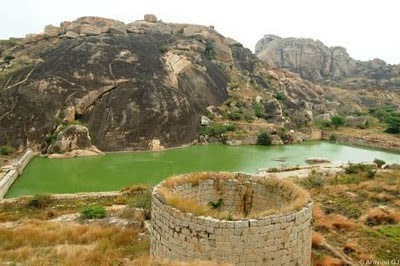 The Hidimeshwara Temple is at a nice location with some good views of the fort. 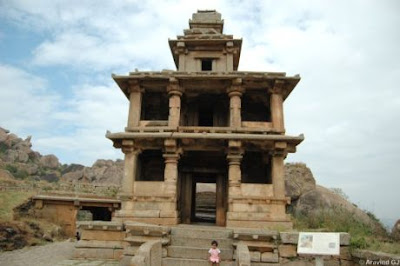 The Muruga Math has some good “landmarks” of the fort. 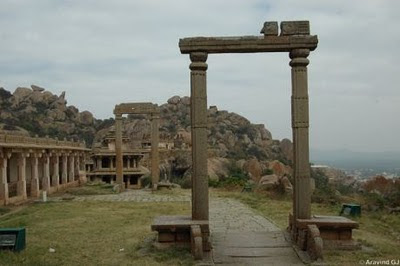 We did not feel much tired as it was a cloudy day. Else, it will be a tough task to climb the fort.

Chandravalli
We spent some four hours in the fort. After having lunch at a hotel, we went to Chandravalli, three km from Chitradurga. I was not sure what to expect there but there was a surprise. There was a lake which was stunningly beautiful. What a silent place!! It was so cool that I would have spent the rest of the day just sitting next to the lake. 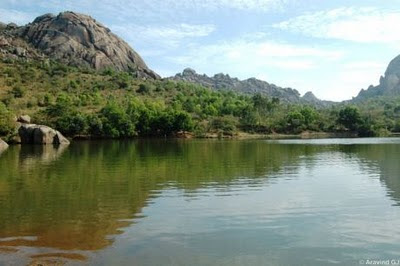 There is also a Temple and a cave near the lake which can be visited.

Jogimatti
It is a forested area 10 km from Chitradurga. One can see the windmills on the road to Jogimatti. There is a view point but forest department permission is required to visit it. 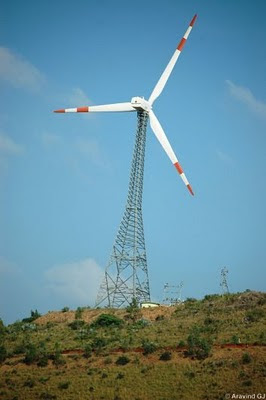 A small zoo is a good place especially for kids. My daughter was excited to see many animals live there. Till then she had seen them only in the books. 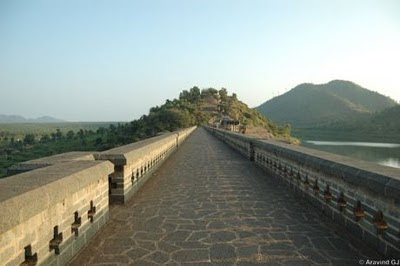 It is one of the few dams in Karnataka where public is allowed to enter. A very nice place to spend the evening. There is also a garden near the dam. 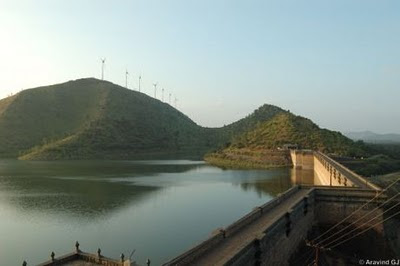 A day that was nicely spent!!

The photos of this trip can be viewed here.