30th September 2009
These twin dams are built across the Kali River by KPCL for generating electricity.

It was during our Western Ghat trip that we visited these dams. 37 km from Karwar is a small town of Kadra. The township is constructed for employees of KPCL. The road here splits into three. While two roads lead up the Western Ghats, the third road goes to Kodasalli dam.

Kadra dam is just next to the road. One is allowed to take snaps from outside the gate. Entry into the dam is not allowed. This dam also provides water to nearby Kaiga Atomic plant. 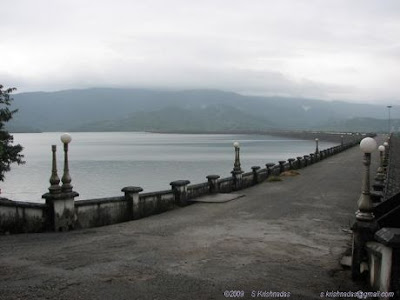 Kodasalli dam is 37 km from Kadra. The drive is best, I must say. The winding road passes alongside the backwaters of Kadra reservoir with dense forests on the other side. The road is smooth and absolutely no traffic. The only vehicle we say during our to and fro journey was a KPCL bus!! 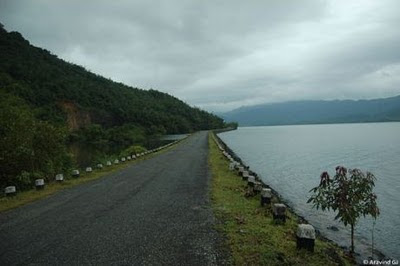 While one can take snaps of Kadra dam from outside, there is no such opportunity in Kodasalli. Few km from Kodasalli, the boards mentioning about private vehicles not being allowed further greets the visitors!! The people at check-post do not entertain tourists. We were allowed inside as a local person was with us!! But his sphere of influence was not enough to take us to the top of the dam. But since no one watching us, we managed to go to the front of the dam. 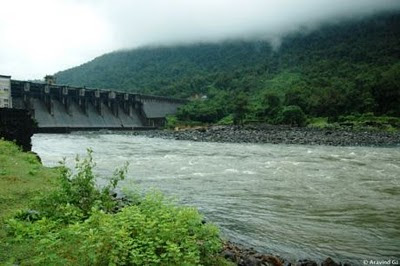 These two dams were constructed two decades ago. It caused large scale destruction of forests. While dense evergreen forests were submerged by backwaters, the high tension wires from power stations cut through the thick forests that many people never dared to enter. 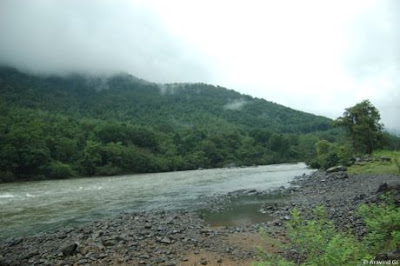 Many villagers were submerged and people are fighting for compensation till date. KPCL claims to generate 270MW of power from these dams but reality may be different.

Kali River is the most abused River in India. There are now six major dams across Kali River. A nuclear plant and paper mill along its shores adds to the pressure of eco system. All this within a distance of 100km!! Also, few dams built by KPCL are generating very less electricity than expected.

In spite of all this, KPCL is ready to build more dams in the remaining free stretch of Kali. Only the opposition from environmentalists is preventing them to complete the destruction of Kali River.