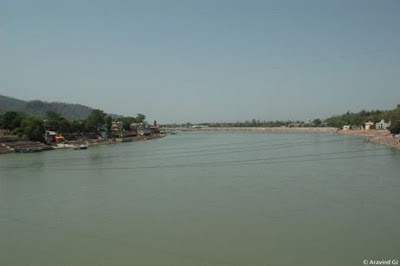 The first place that we were going to see in our trip was the religious town of Hrishikesh. Having started from Delhi at 10PM, we were supposed to reach Hrishikesh by five in the morning. The distance was about 230km. But due to massive traffic jams on the highway, we were delayed by couple of hours.
We had only few hours at Hrishikesh before proceeding up the hills. Without wasting any time, we set out to see the town.
Hrishikesh is at the base of the Shivalik Mountains. Its here the River Ganga enters into the plains having covered its journey in Himalayas. 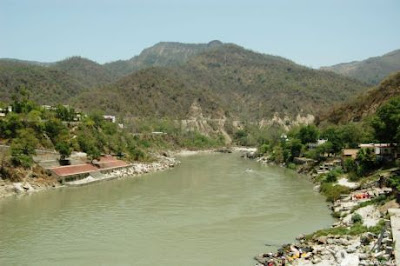 Hrishikesh is known for its suspension bridges Ram and Lakshman Jhula constructed across Ganga River. We first visited Ram Jhula at the center of the town. This was built in 1980s. I was seeing the Ganga River for the first time and I was exited. The river was flowing full even during the peak summer month (Thanks to the melting ice in the Himalayas). Crossing the River over the bridge was fun. 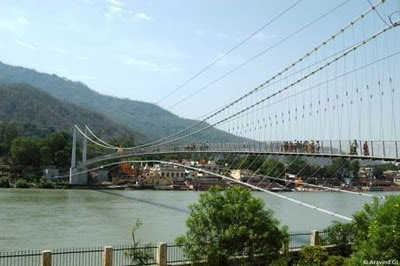 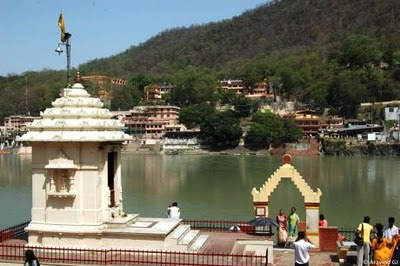 After Temple visit, my Mother and others went on for shopping “Rudraksh” and other gems. I decided to spend some time at the ghat at Ganga River. The place was clean and surprisingly empty. 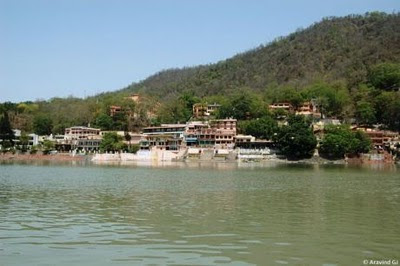 It was a hot day with temperature hovering at 40C. Having never exposed such harsh weather, it was unbearable for a person like me. But I didn’t care!! The ice cold water was refreshing. The river till Hrishikesh has not passed through any industrial town and hence was clean. 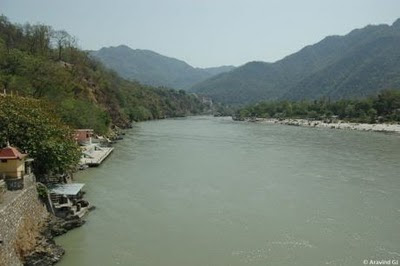 The peaceful conditions led me into introspection mode. Wondering what makes this river such a holy water throughout India. It is not ranked among the biggest river in the world. Many rivers originate in Himalayas but none of them enjoy the “holy” status. I might find the answer sometime later. 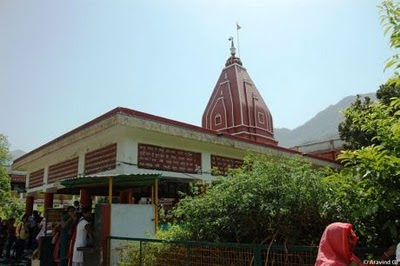 By the time I was out of my introspection mode, people had finished shopping. The next destination was Lakshman Jhula which was about 3 km away. This is an older bridge. The bridge was originally built by jute ropes but was later replaced by iron one in 1939. It is said that Lakshman crossed the river at this place. 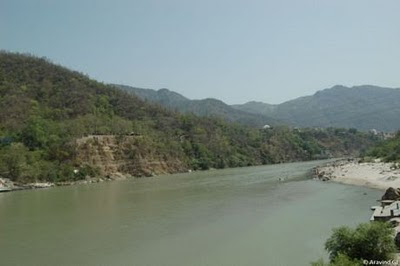 We would be seeing in the coming days that the places we visit are more linked to the events and people of Mahabharata than Ramayana. Laksman Jhula is one of the exceptions.
Other things to do: 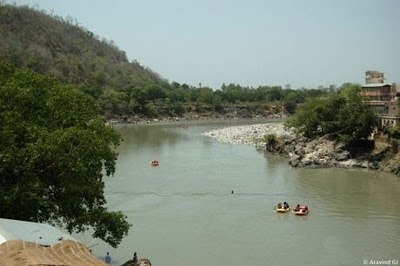 Rafting in Hrishikesh is said to be one of the most exciting experience. Having very little time to spare in Hrishikesh, I could not go for it but definitely it is one of the things I would like to try out in future.