17th May 2010
This day was expected to be a relaxed one as we just needed to travel from Barkot to UttarKashi. It could be covered in 6 hours. 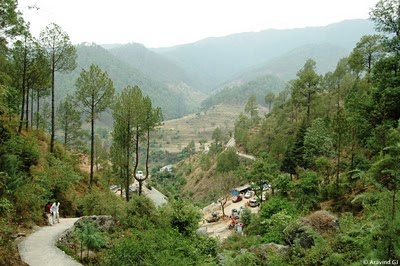 The journey from Barkot was pleasant. The smooth road passing through the pine forests, houses seen on hills and deep valleys. The path was never straight and we were going up and down the hills. 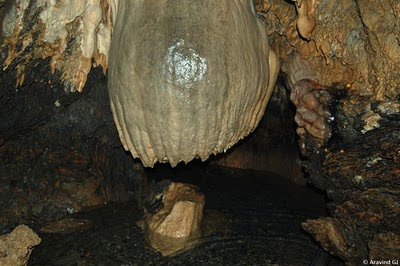 Prakateshwar cave is between Barkot and UttarKashi. Found a decade ago, this is a natural cave is formed by limestone. I can say that it is very similar to Ulavi caves. While Ulavi caves are situated amidst forest, Prakateshwar is almost next to the road. The cave has attained religious significance due to the limestone formations resembling Shiva Linga. 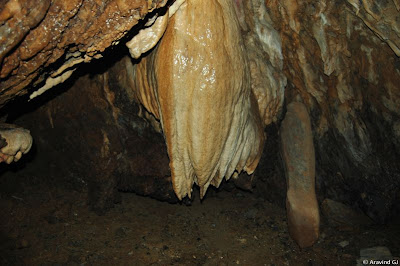 We had to climb some 100 steps to reach the entrance of the cave. Crawling down the cave will lead to an area where we can stand and look at the formations. Cold water flows in the cave creating a small pool; the water then is used as sacred water. 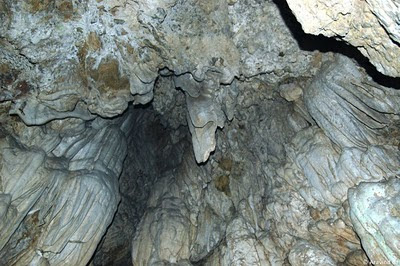 We reached UttarKashi at 3PM.

UttarKashi is the headquarters of the district bearing the same name. It is famous for Nehru Mountaineering Institute. Also, the town is a gateway for people going to Gangothri. 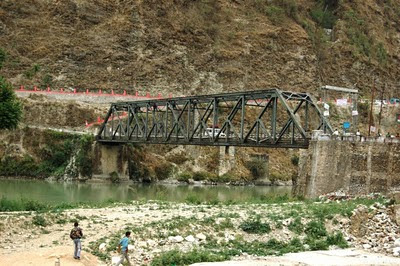 Our place of stay was in front of Bhagirathi River. (River Ganga is called Bhagirathi until it joins Alakananda River at Devaprayag). 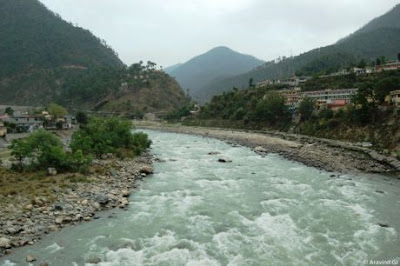 At evening, after a visit to Kashi Vishwanath Temple, we went to Ganga River ghat. After sunset, arthi is performed to Ganga River. Though it is not comparable to the grandeur of Ganga Arthi at Haridwar, the arthi at UttarKashi has its own charm. 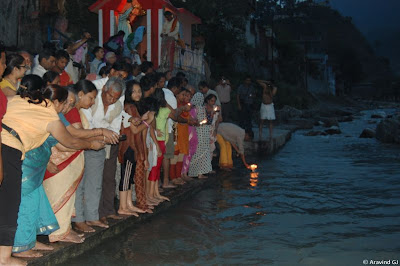 We roamed around the town for few hours before dinner and hit the beds early. Next day was expected to be long!!