22nd-23rd May 2010
About Badrinath:
Badrinath, on the banks of Alakananda River is a sacred pilgrimage town for Vaishnavites. Situated at the height of about 11,000 ft ASL, Badrinath is reachable by vehicles and has all modern facilities. Badrinath attracts lot of tourists because of relative ease of approach compared to other char dhams. 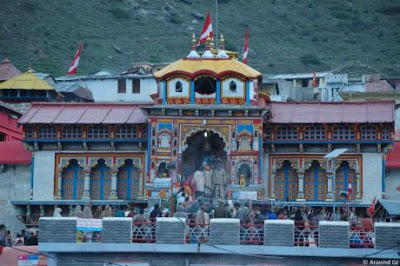 Our journey
When we started at 4AM in the morning from Sitapur, little did we know that it we would be spending next 17 hours in the bus.
I dozed off as soon as I sat on the seat. I could sleep peacefully as I could “sense” that there was a traffic jam with people speaking, sound horns from vehicles and all.
The shock was when I got up at 8 in the morning. We were still in Sitapur!! The bus had just moved 500mtr. This was beyond by imagination and I was terribly frustrated.
The road from Joshimath to Badrinath is narrow and traffic is allowed only one way. Threre is a gate system when vehicles are allowed only at some pre defined intervals. The gate would close at 6PM and we had to reach Joshimath before six.
That looked impossible with the current traffic situation.
Even through the bus started moving, the pace was very slow. It was only after 20km from Sitapur, the traffic eased.
The normal route from Kedarnath is to go to Rudraprayag and then take the road going along Alakananda River to Badrinath. It was here the organizer’s “local knowledge” helped. There was a short cut passing through Ukimath, chopta and Gopeshwar which touched Chamoli on Rudraprayag-Badrinath route. The road was extremely narrow with steep ups and down but on the positive side this was the one least used by vehicles. 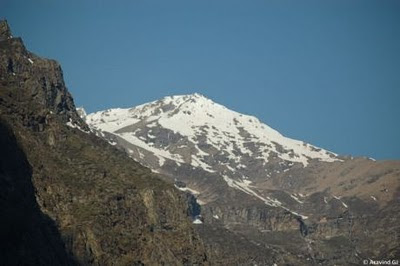 It was a good decision as the road was absolutely empty and scenic. Precious time was saved by taking that route. Before Gopeshwar, there was a small village where we had lunch. I can still “feel” that village. It was so peaceful and I could only imagine such places in my dreams!!

From Chamoli, the road passed along Alakanada River. The road was wide enough for two big vehicles to pass which ensured fast movement. Hence, we could make it to Joshimath before six in the evening.
Past Joshimath, the road continuously goes down to the level of Alakanada River. 25km before Badrinath is Govinda Ghat which is the starting point for Valley of Flowers and Hemkund Sahib Trek. 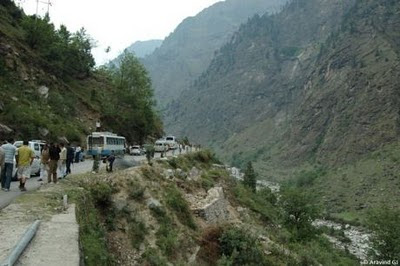 Couple of km past Govinaghat is Pandukeshwar. It was here King Pandu spent his final days and died because of a curse. Here, we had to wait for 30 minutes for the gate to open. The road after Pandukeshwar is extremely narrow and steep. Sun had already set when we left Pandukeshwar and we could feel the bus going up and up. 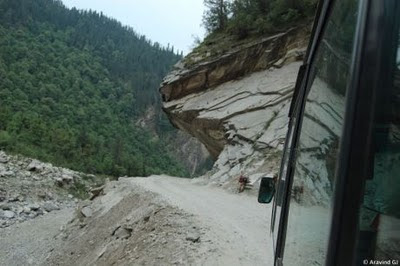 Badrinath is a big town with facilities like “Star hotels”. Our place of stay was “Paramarth Lokha” that was run by some Saints. It was a decent hotel with required facilities like hot water. 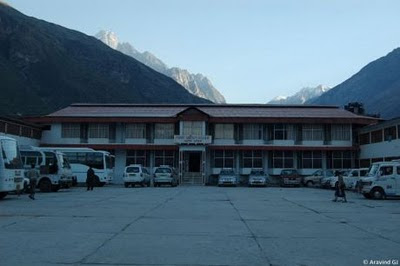 It was already nine in the night and there was nothing much to do.
The Temple opens at four in the morning. The options was either to get up early in the morning and have peaceful darshan or wake up late and wait for 4-5 hours in the queue. Logically, we choose the former. 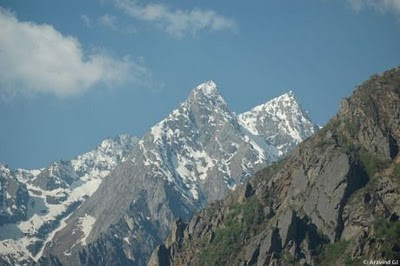 We had to wait for an hour in queue but again due to a disciplined approach followed by Temple authorities, we had a peaceful darshan.

There is also a hot water spring near Alakananda River. People normally take bath here as the water is believed to be sacred. Unfortunately people also use for brushing and make the area filthy. 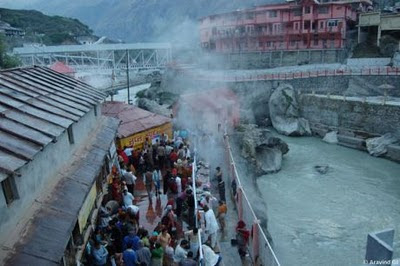 Badrinath is a place where people perform rituals to the souls of their expired parents. 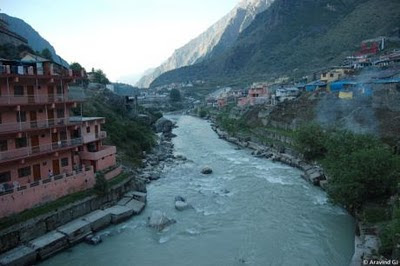 Badrinath is surrounded by Nara and Narayana mountain ranges. Nilakanth parvath which is renowned for its “beauty” is also visible. Unfortunately it was always covered by cloud during my stay in Badrinath. 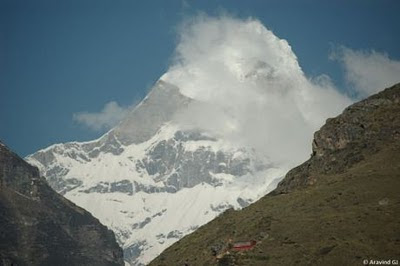 We also visited Mana, a small nearby village which also is known as the “last village” in India. More on that in the next post.
Our journey was coming to an end. All that was left was the return journey back. 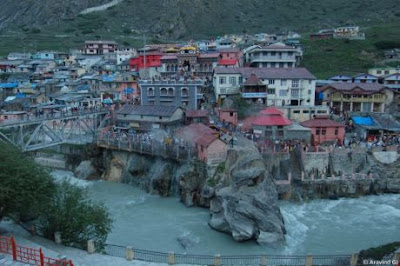 We had to wait till 4:30PM at Badrinath for the gate to open. It would have been a peaceful journey back but people at Pandukeshwar gate messed up the things and let few vehicles come from opposite side. It was hard to imagine two vehicles crossing each other in that narrow road. Added to the woes was a big bus that was broken down in middle of the road!! 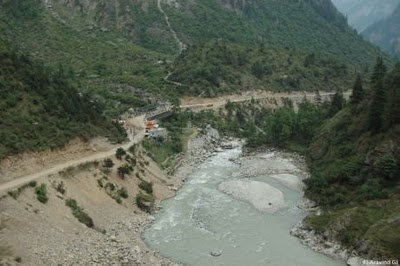 It was the last traffic jam of the trip!!!!
Others places near Badrinath:
There are many must to see places near Badrinath. But not all can be seen in a particular season.
· Valley of Flowers could be seen only during July-August.
· For snow skiing, Auli is the best place near Joshimath. It is only open during winter.
· Trek to Vasudhara falls is another option during summer.
· There is a trek route from Badrinath to Gangothri glaciers for which permission must be obtained from Army.