12-13 June 2010
Dubare is a place in Kodagu district is known for its Elephant camp. In fact, many Dassera Elephants are trained in this camp. Kaveri River flows next to the elephant camp and lot of tourists come to Dubare to play in the waters.
It would be a nice place for kids to enjoy. So, I and Sankara decided to visit this place with our families. We booked our stay at Jungle lodges.
Travel
The travel to Dubare was uneventful. Sankara’s car had a DVD player and kids were busy watching their favorite programs!!
We were welcomed by huge crowd at Dubare!! Not a great place to spend the weekend with such a large group of people, I thought. But luckily Jungle lodge was located at the other bank of the river completely isolated from the maddening crowd. 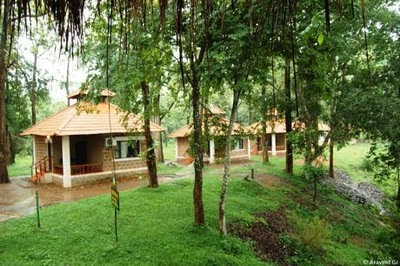 At Dubare
As rain was playing hide and seek game, we spent much of the time inside rooms. During times when rain gave some respite, we just walked along the river next to our room. 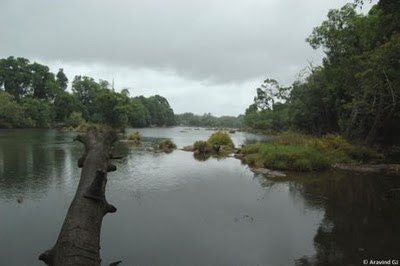 We went for the evening safari. We didn’t expect much from the safari as the forests in Dubare has very few animals. It was beginning of monsoon and the entire forest was filled with freshness which itself was an enchanting experience. 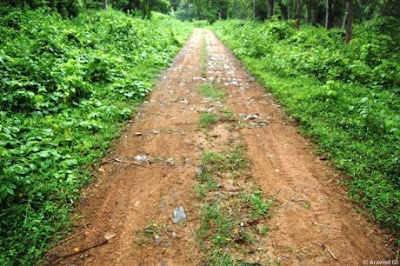 Interaction with elephants
This was the main highlight of Dubare. The visitors are allowed to interact very closely with the elephants in the camp. The mahouts clean the elephants and people can be involved in that activity. 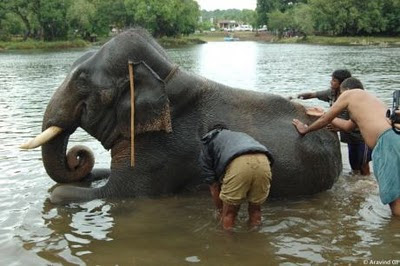 My daughter who was looking forward to see elephants lost her courage on seeing those giant creatures at “touching” distance. She preferred to sit at a corner and watch the exercise from a far distance!! 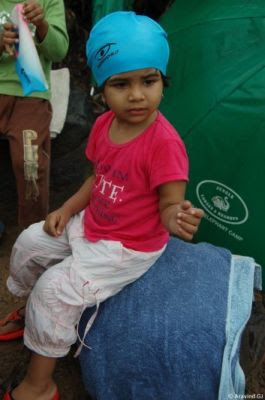 As people were happily scrubbing elephants, mahouts warned them to keep some distance from those jumbos. While sitting, they do not care about people near them. We may be crushed under their bodies!! 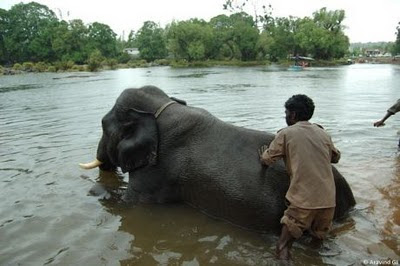 One mahout was yelling at some people who were playing lot of games with one elephants. It is not yet completely trained, he told!! 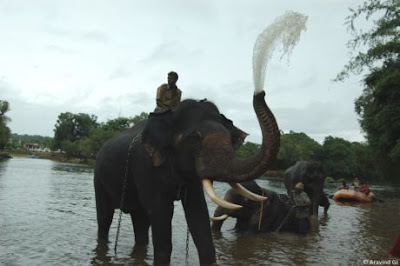 I was taking photo of one elephant that was splashing water. It then turned towards my direction and gives a nice shot!! I and my camera were drenched in water. Poor camera… it had suffered enough with my hands. Dubare is a nice place to spend a weekend, especially with kids. White water rafting can also be tried during monsoon months.
More photos of the trip can be seen here.