24th May 2010
“Prayag” is a word used for the confluence of two rivers. The word “Sangama” is also frequently used for the confluence of two rivers. (Triveni Sangama where Ganga joins Yamuna River)
The five prayags that are mentioned here comes on the way to Badrinath from Hrishikesh. It is the Alakananda River that joins other river in each of these places. One can see striking difference in the colors of these rivers at every Prayag. 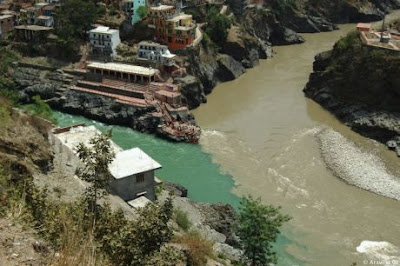 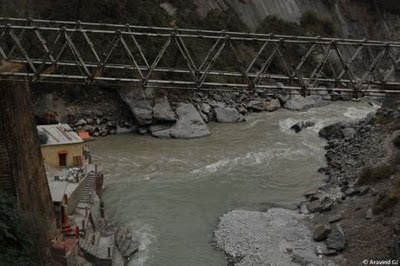 Nanda Prayag
After Vishnu Prayag, we cross the towns of Joshimath, Pipalkoti and continue further, the place where Nadakini River joins the Alakananda River is seen. It is called Nanda Prayag. 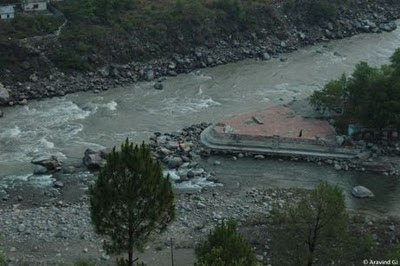 Karna Prayag
Ten km from Nanda Prayag is Karna Prayag. Here Alakananda River is joined by Pindari River. According to Mahabharatha, Karna got the “Kavacha Kundala” from sun here. 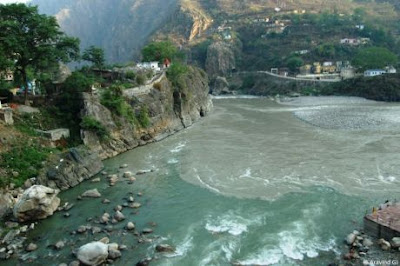 Rudraprayag
Rudra Prayag is a place where the roads to Badrinath and Kedarnath divert. It is an important confluence center where Alakananda River is joined by Mandakini River from Kedarnath. 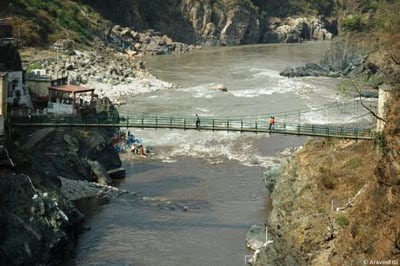 Rudraprayag is also known for an infamous man-eating leopard. Popularly known as the “Man eating leopard of Rudraprayag”, it created a reign of terror in the Garhwal area for eight years. Officially, it had eaten 128 people before being shot by Jim Corbett. Unofficial numbers rise to few hundreds. For details, refer to the book written by Jim Corbett (In Kannada, refer to the translation by renowned author Poorna Chandra Tejaswi). 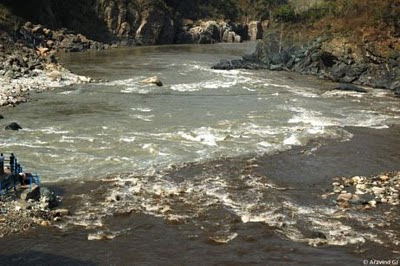 Devaprayag
It is here the Alakananda River joins Bhagirathi River from Gomukh. The River is then called as Ganga.