Haranahalli, a small village near Arasikere is known for Keshava and Someshwara Temples built during Hoysala period. It is very sad that these Temples are now in a bad shape due to negligence.

As I expected, the Temple was locked!! The priest usually comes to the Temple to conduct pooja and then locks the Temple. Locals directed us to a priest’s house. Since the priest was not available, another person came with the keys. 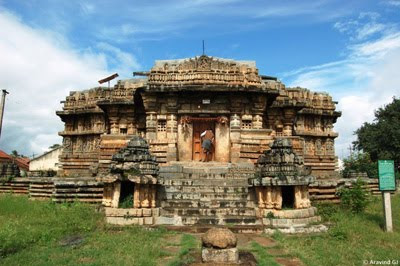 The person opened the outer gate, I was impressed with the star shaped Temple. The person who accompanied us was very silent. I tried to break to break the ice by asking a normal question like “When this Temple was built?” and the answer I got was “MLA came last week”. Bit surprised, I asked few more questions only to get completely irrelevant answers. He was deaf. 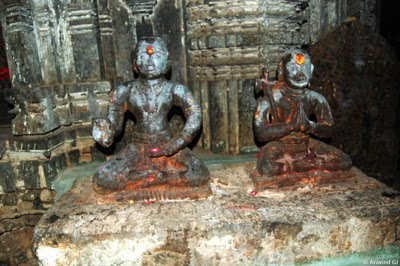 There was no power and it was very dark inside the Temple. The person explained few things about the idols inside the Temple. It looked like the authorities were more concerned on making the Temple religiously more popular rather than conserving historical things. 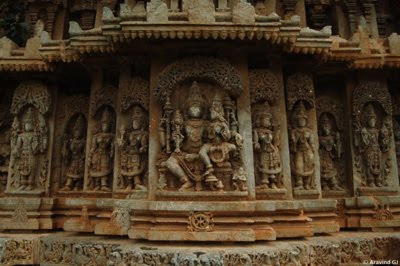 It is on the other side of the main road. The condition of this Temple is worse than Keshava Temple. The cows had a free run inside the compound. 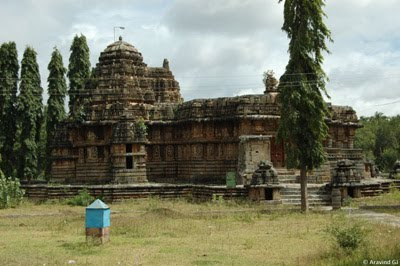 When the door was opened, the sound of the bats flapping their wings was irritating. It was an indication about the state of the Temple. 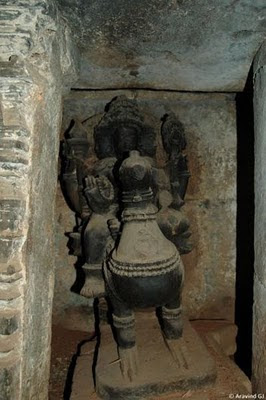 Small plants grew on the rocks of the Temple. 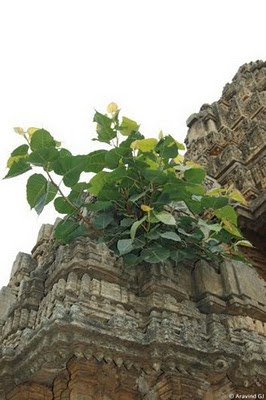 The only positive side was the compound which prevented encroachment of this Temple. I hope ASI takes complete control of these Temple and improves them.

From Bengaluru, go to Arasikere. Take the road towards Hassan. Haranahalli village is eight km from Arasikere. Both the Temples are very near to the main road.