24th - 26th December 2011
Barring the seven sisters, Gujarat was the state that I had not seen in India. The enormous tourist potential of the state was realized as I started to plan the trip. It was impossible to plan for everything given that nine days time I had during Christmas. Hence only the places those were “close to my heart” were included in the itinerary!! 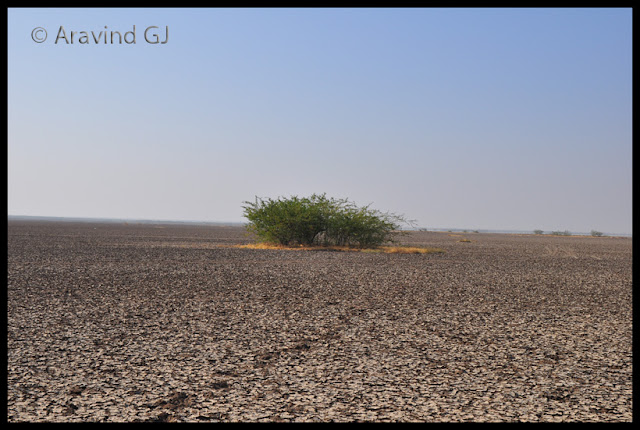 Travel to LRK (Little Rann of Kutch)
Our flight to Ahmedabad was delayed by nearly 1.5 hours. I was wondering whether our driver would vanish after waiting for so long. But luckily he was patiently waiting outside the airport. Our destination Zainabad at LRK was about 110km and I expected to cover in about 2 hours considering the good roads in Gujarat. Unnecessary delays creped in during our journey. We asked the driver to stop in a good hotel to have lunch. He stopped at a posh hotel who took a long time to serve food and also put a hole in the pocket!! Driver then stops to fill in the gas at the busiest fuel station. And finally both driver and the vehicle refused to go beyond 60km/hr!! But importantly it was a safe journey. We passed though the towns of Kalol, Kadi, Detroj and Dasada to reach the Desert Coursers camp at Zainabad. The sun was already at the horizon when we settled down in our rooms. 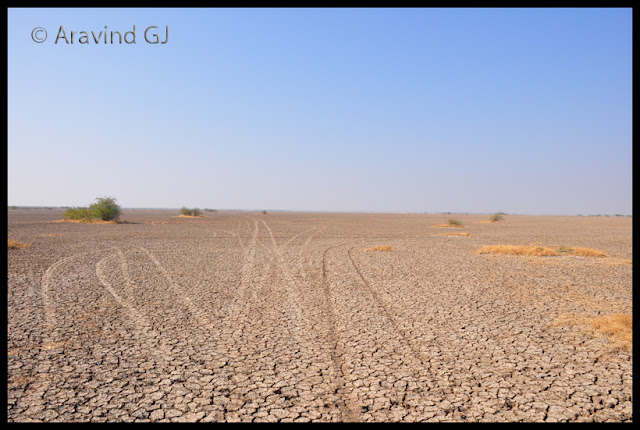 About LRK:
LRK is a salt marsh in the Kutch district of Gujarat. Spanning over a 4950 Sq km, it is also declared as a wildlife sanctuary. It is the only abode of Asiatic Wild Ass in India. Thanks to its lakes and marches, migratory birds come in huge numbers during winter. 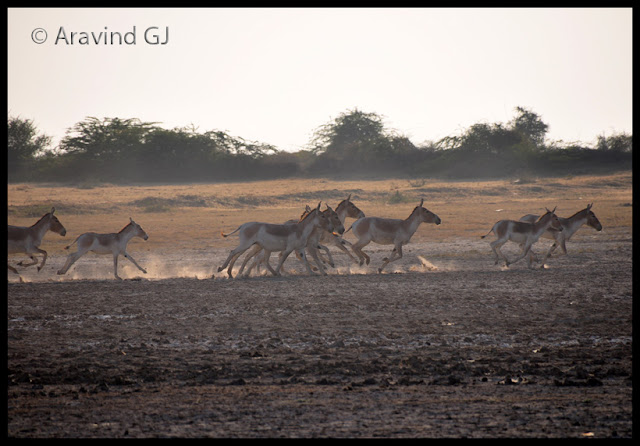 Our trip:
The best way to enjoy LRK is to go on Safaris. In the morning, we went to a lake full of Flamingos. Though numbered in several thousand photographing them was difficult as they were all concentrated in the middle of the lake. The zoom of my camera was insufficient for them. 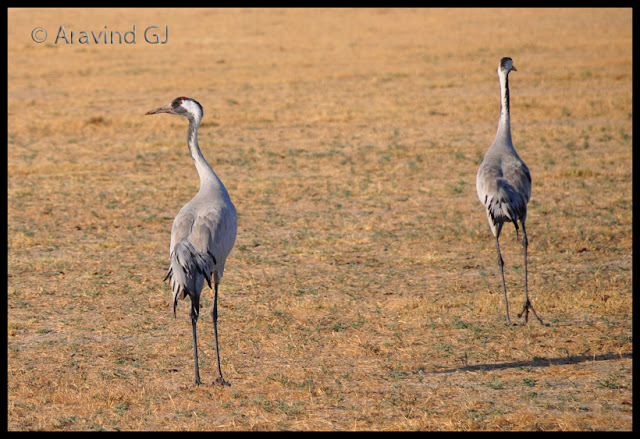 It is the landscape of LRK that mesmerizes everyone where plain marsh lands seen till the horizon. 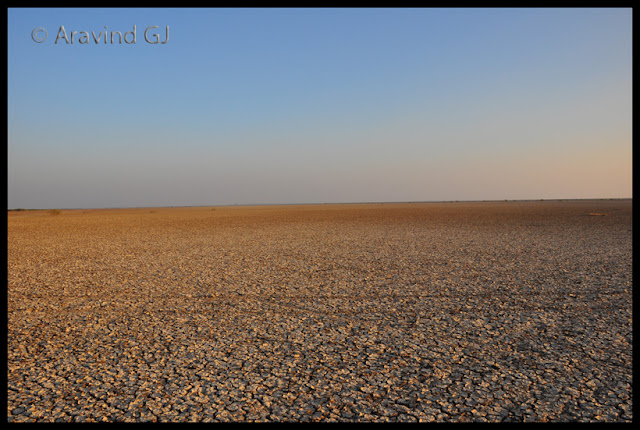 One cannot miss the Wild Ass. There are in huge number and easily seen. 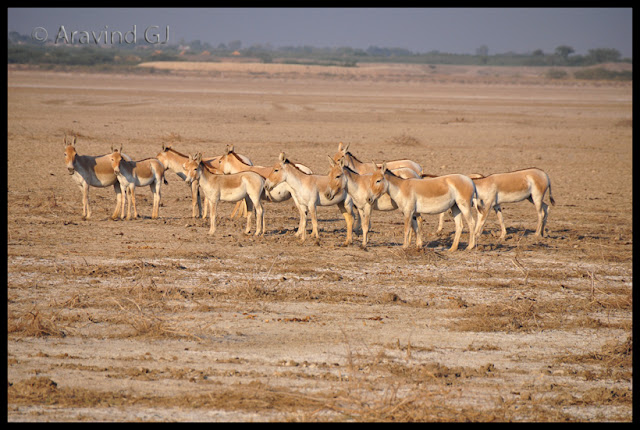 And so are the Nilgai. 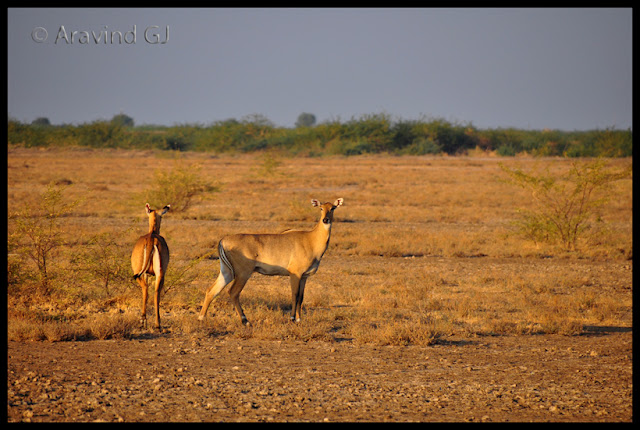 A black shouldered kite seen on the way to LRK. 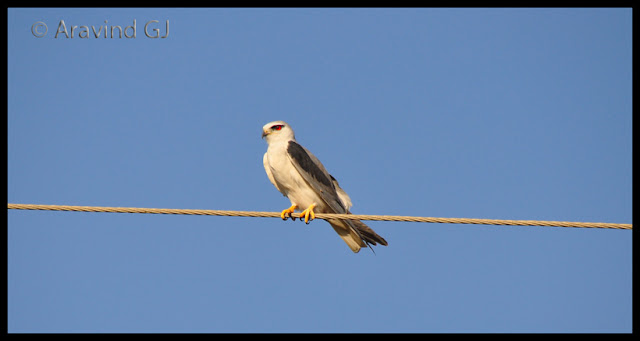 This part of Gujarat has “Kankrej” breed of cows. They are known for their big horns. 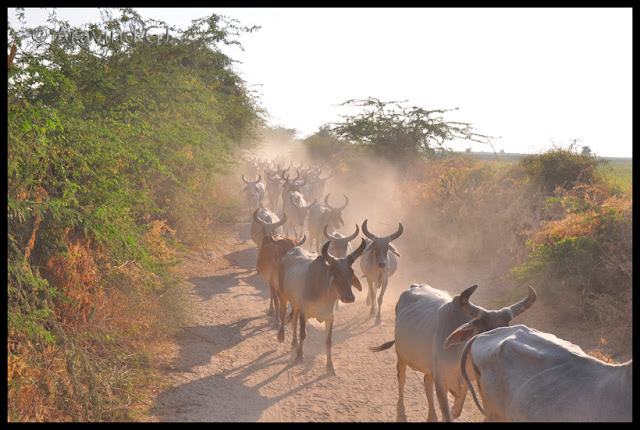 While I was photographing the landscape, my daughter silently slips into the grasses!! 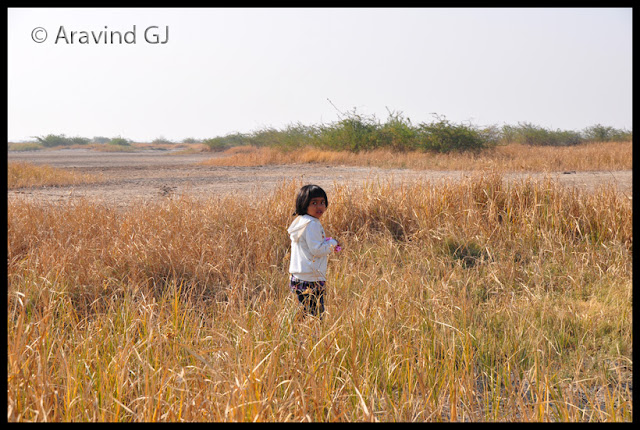 LRK is the place for salt panning activities. The salt water is fed into the artificially created ponds. The water evaporates leaving out the salt in the pond for harvesting. When we visited one of the fields, the last rays of light of setting sun was falling on these ponds. 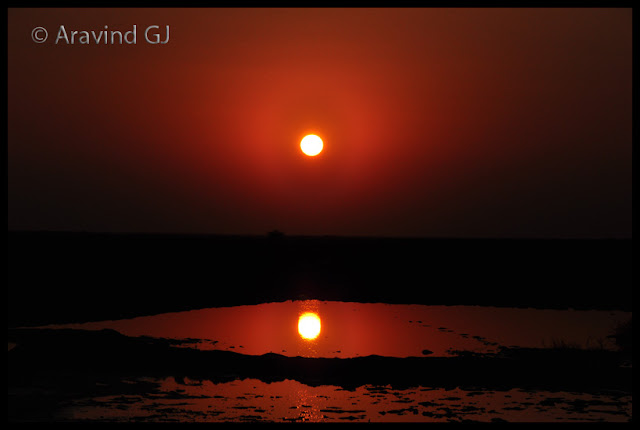