It was during our visit to MG waterfall, we came to know about the presence of another waterfall nearby. The information was provided by Rajesh Naik, though he had not seen the waterfall himself. 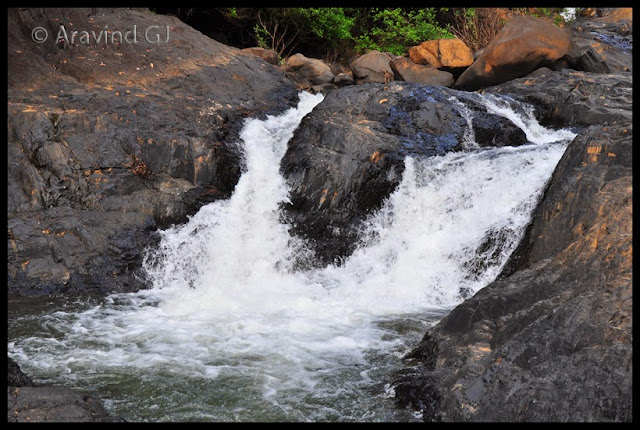 When I asked the tribal about the presence of the waterfall, my team mates looked worried. It was already 2:45PM and we were hungry. We still had to climb 700 feet up to find our car and then drive for more than an hour to reach ‘hotel’. Visibly tired after the trek to MG waterfall, they were not looking for another walk. 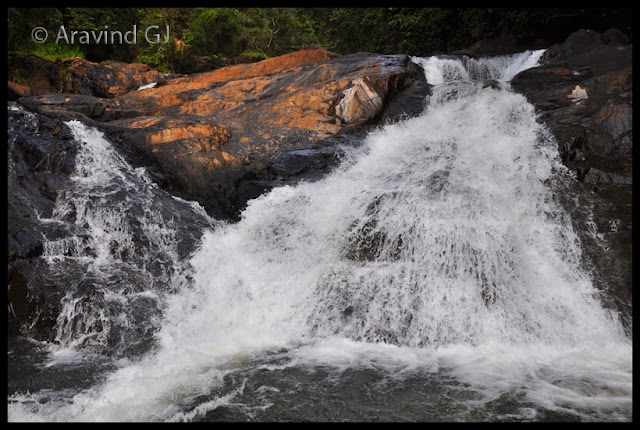 But the tribal guy mentioned that the waterfall was nearby and can be easily visited!! He also guided us for some distance to show us the path that led to Narayana Hegde’s house. When we reached the house to ask directions, they immediately invited us into their house to have some drinks and food!! Needless to say, we were overjoyed but did not show it in our face. While saying “no, no” to their request, we found ourselves settling in their house!! Tea and chakklis were served which we consumed quickly. They also showed us their house and were especially proud about generating hydro electricity themselves from a stream nearby. 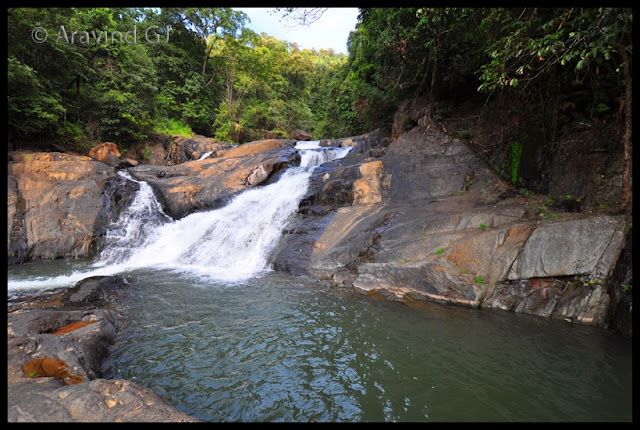 Vinaya, a younger member in the family guided us to the waterfall. It was an easy walk amidst rice fields. 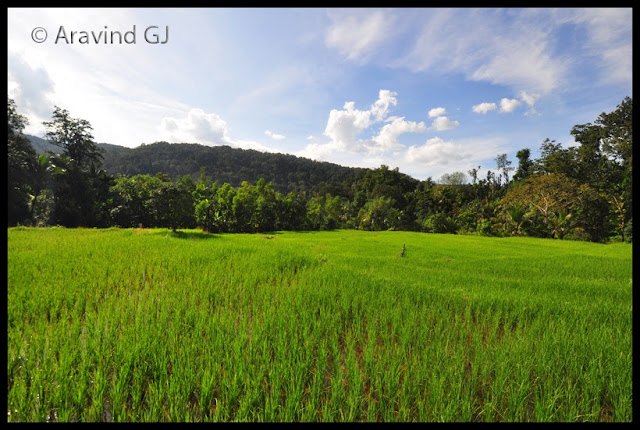 The waterfall is a series of small cascades some of which are greater than 20 feet. 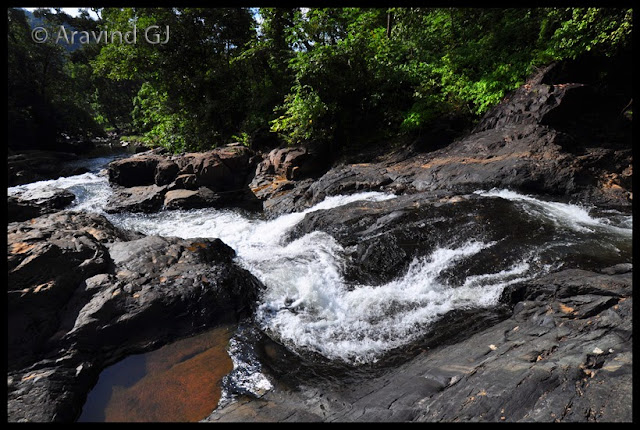 At the base of the highest fall is couple of pools.  It seems no one way able to find the depth of the pool. Though water looks inviting, it was not a safe place to get into it. 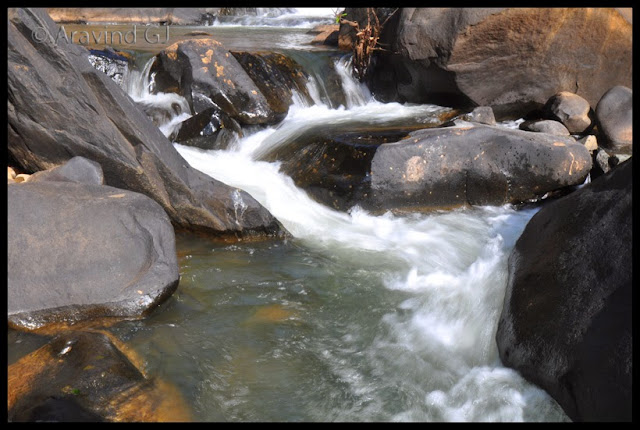 On our return, we were served with butter milk!! We were overwhelmed by their hospitality. It was good to meet such innocent and kind people. 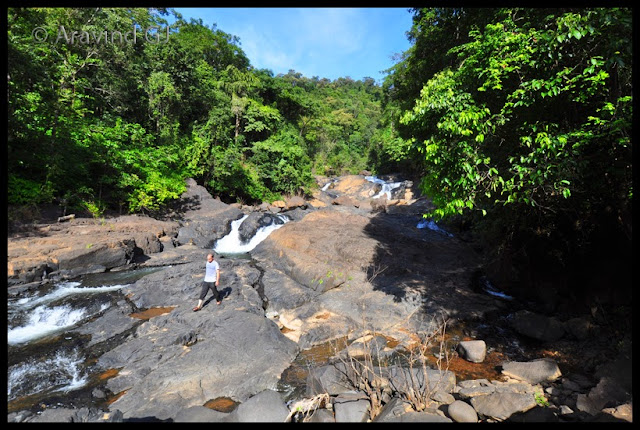 I had taken few photographs with their family and later posted them to their address. They were very happy and called on my mobile to express it!!