Jogfalls was in full flow again this year. This was the spate of the falls when my Uncle visited on 8th August. 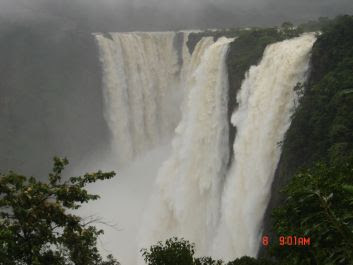 My first visit to the falls this year was on 12th August, while returning from Channekkal falls. There was a huge traffic jam for kilometers. I got down at a view point and took a few snaps. The water levels had already receded and the gush that was seen two days ago was not there. I could see more people than water and decided to return back. I had seen the falls in more peaceful days and with more water. 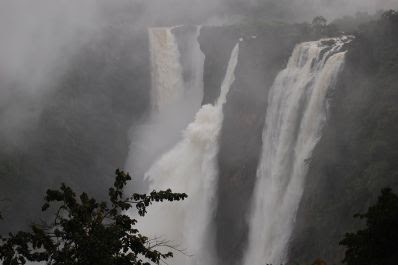 Sankara had come to my native place and I went with him to the falls again on 15th August. The falls was in its normal form. We went to the British Bungalow side, now more popularly known as “Mungaru male point”. What our tourism could not achieve has been done by the cinema. Earlier, very few people used to see the falls from British bungalow side. Now, almost everybody goes to the top of the falls. People were crazy and were trying to emulate all the actions done in Mungaru male. One lady was desperately searching for the place where “Devdaas” was cremated!! Too much!! 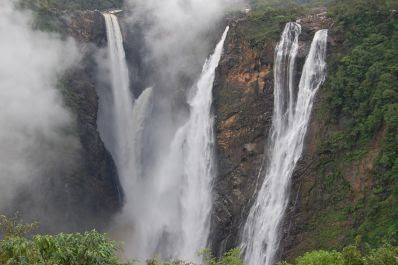 We then got down the falls. The view from the bottom was spectacular, but the huge number of people everywhere made me sick. I was feeling that I had come to a mall on a weekend. 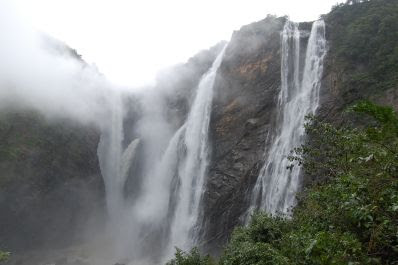 The view of the Sharavathi valley from a view point near the falls. 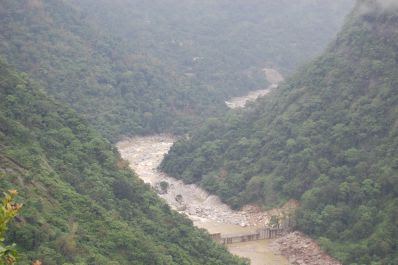 One more view of the Sharavathi valley from “Raja Kallu”, and very few people visit this point. Also, backwaters of Sharavathi tail rise can are seen. But when we went, the mist covered the entire area making everything from our view. 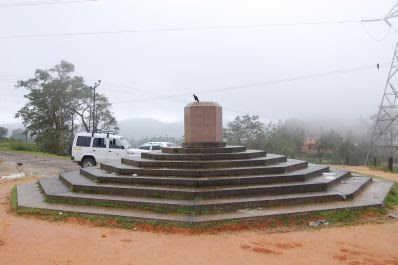 I attempted to get the “pass” for Linganamakki dam and AB site (Power station) but was denied. I have tried many times to get permission to visit these areas, but denied every time. Maybe, I have to go through "proper channels". 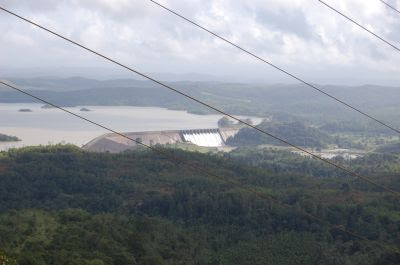