18th October 2008
While chatting with Sampath last week, he mentioned that he was planning an exploratory trek in Sharavathi valley covering few unknown falls. I was excited and immediately agreed to be part of the group for the trek. I was impressed with the way the earlier trek was conducted and was looking forward to trek with Sampath and his group.

Friday evening started on a bus to Sagar. The journey was quite comfortable. Our guide Narayana was waiting for us in Sagar. We then boarded a jeep, and after finishing our morning ablutions at a stream, reached the base point of the trek at 9AM. We had a heavy breakfast there and then started our trek.

Initial part of the trek was in thick forests. On the route, we spotted a green snake and a Wiper. Though, I was at the front I just passed next to it without even noticing it. Narayana and Panikiran spotted the wiper and started taking the snaps. Being afraid of snakes, I gave my camera to Narayana to take the snaps. 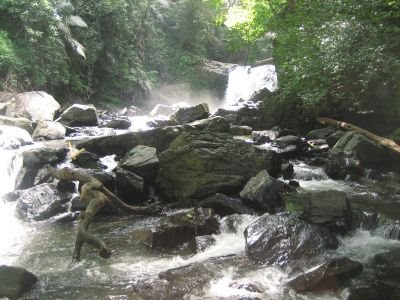 After walking for about an hour, we got down into the valley and as we entered the stream, the waterfall was visible. The view was simply amazing. The serenity of the place, the silence only to be broken by the sound of the falls, thick vegetation all around gave us a feeling that is hard to express. What adds to all is that the place is totally un-spoilt by any kind of human activities. Barring few locals and survey people, hardly anyone knows about this falls. The falls forms a very nice pool at the base. Narayana told that the depth was about 25 feet. 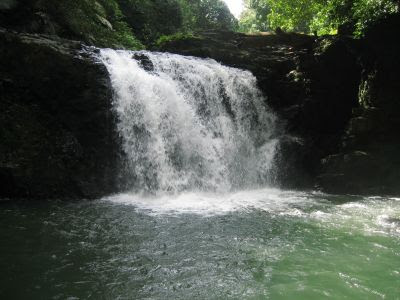 Even though we did not get into water, lot of time was spent at the falls. It was very difficult to leave such a place. Credit goes to Narayana and Halappa for finding this falls. A falls needs a name and the falls was named as Haadagere falls. Hope this place remains as is for many more years to come. 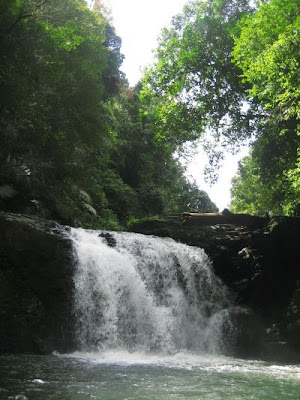 It was time for the next waterfalls and for that we needed to walk upstream. Since it was impossible to climb up the cliff at the Haadagere falls, we climbed up the valley and got down again just before the falls. Then started the long journey along the stream. Walking on the stream is extremely tricky. We had to jump the boulders and cross the stream many times. It was extremely slippery and I started falling down frequently. I then decided to remove my shoes and walk barefoot. It at least gave me some balance on slippery rocks. 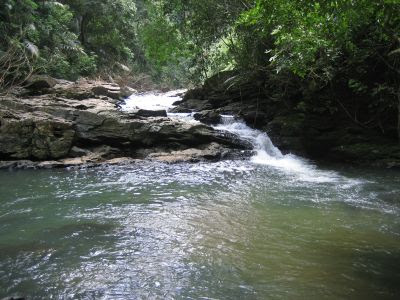 Forget monsoon, it would be very tough to walk on this stream even if it rains for sometime. The distance was just 3 kms but we were feeling that it was taking eternal time. 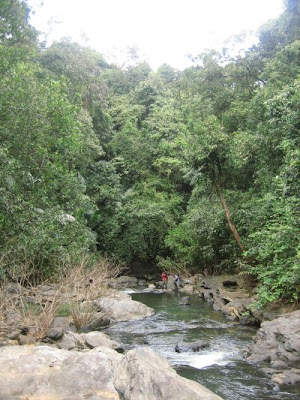 Narayana remembered of doing a survey on this route for KPCL during 80’s to build a dam here. Luckily, it never happened. 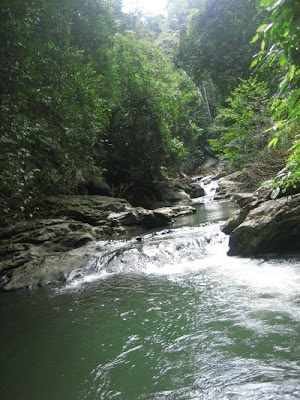 After nearly two hours, we reached a point where two streams joined. Another 30 minutes, we were at Vasughitti falls. It looked great and was totally different from the any other falls that I have seen. The stream falls on a huge rock to be split into two, thus forming an inverted Y. 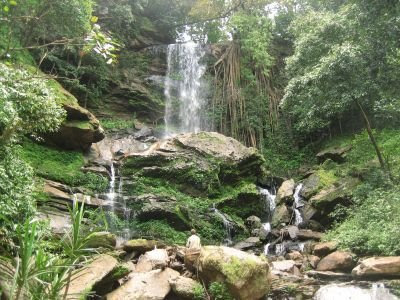 What made a big difference was a huge tree which had its roots all down the falls. It was surprising how this tree survived the fury of the stream for so long. The roots of the tree that had spread everywhere and the rocky terrain might be the reason for its survival. 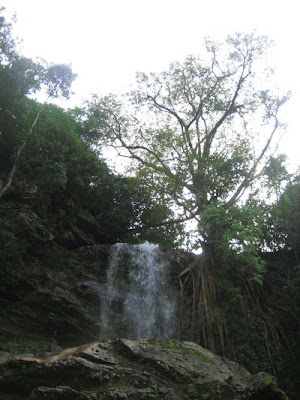 Narayanan and local chap Yogaraj climbed over the huge rock to get into middle of the falls while others enjoyed standing in front of the falls. The total height of the falls may be some 200ft. After having light snacks, we climbed up the valley that was very steep. It was a very tough climb albeit a short one. We had our late lunch at base point and then proceeded to our place of stay that arranged at a tribal house.

We knew that the next day would be quite long!! 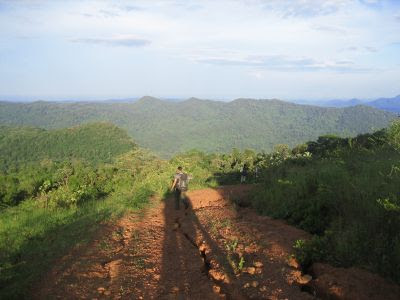