20,21 June 2009
Agumbe, popularly known as “Chirapungi of south” for receiving the highest rainfall in Karnataka also has some good waterfalls. My desire to visit those falls materialized couple of weeks ago with my friends Girish and Krishna joining me.
Our first visit was to Kudlu theertha. After traveling about 30 km on a van, we reached the starting point of the trek. The falls is a five km trek from that point. After crossing a narrow bridge over a stream, it was a three km walk on a good Jeep track surrounded by forests. A 30 minutes of walk, we reached an open area with nice view of the hills around. An unknown monsoon waterfall seen on a distant hill was amazing. A few houses also dotted the area. 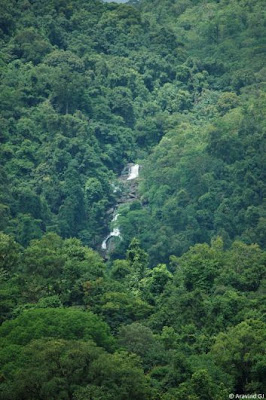 The next part of the trek was through a narrow path. Leech territory begins from that point. After crossing a stream, it was a continuous climb for another 30 minutes. The falls was then suddenly visible. 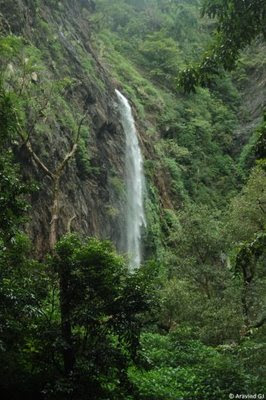 To reach the base of the falls, we had to walk on the stream for a short distance. Due to rains, the boulders were very slippery. We removed our shoes and walked barefoot. That would give a good control over rocks. But then our worries were of different kind. Broken bottles and glass pieces made us to walk with almost care. Beer bottles were plenty and not to say about plastics and other stuff. Vijay Mallya would have jumped with joy seeing this scene in middle of the forest:-( 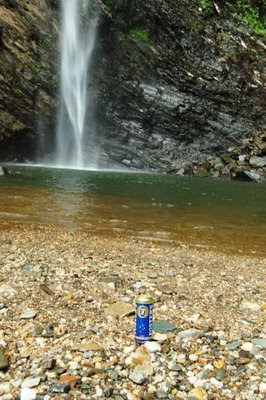 Locals blame Manipal crowd for the mess created. There is no problem if people drink in their rooms or confine themselves to pub. I don’t understand the logic behind coming to pristine forests just to create nuisance to environment and general public. 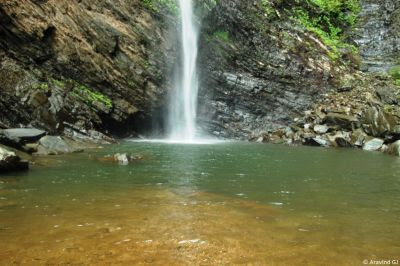 It looks like during summer months this falls may be a crowded place. Since monsoon had arrived the ‘crowds’ had vanished thanks to leeches. I firmly believe that leeches do help a lot in environment conservation, though in a very strange way!! 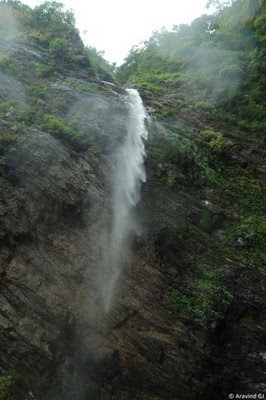 The falls forms a nice pool ideal for swimming. Surrounded by steep hills on three sides, we felt like we were inside a well. 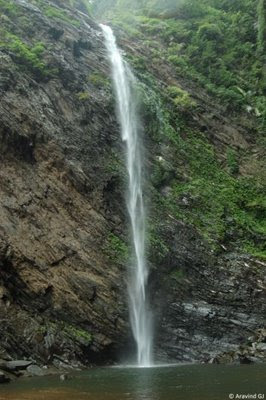 We came back to the place where the vehicle was parked and had our packed lunch next to the stream. I saw a poster displaying the photos of Naxals. Rewards were promised for the people who would provide information on those anti-social elements. I had not seen such a poster during recent times and clicked a snap only to find such posters at every bus stop!! 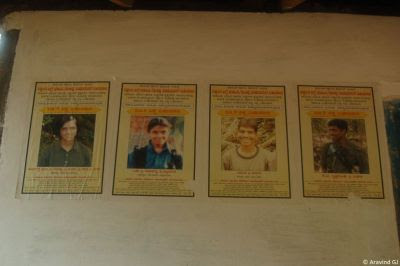 The next place of visit was Jomblu theertha. Here Seetha River flows through a series of rocks creating strong swirls and cascades. It looks like a miniature of Hogenakkal falls. What caught my attention was the serenity and peaceful atmosphere of the area. It looks like a paradise with white sands resembling beach. 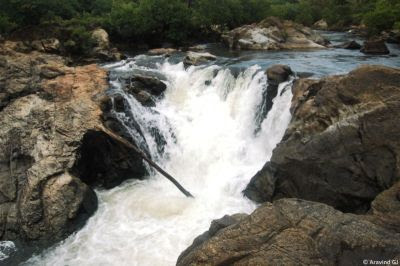 But here we found some evidences of immoral activities!! Also, the place might be crowded in the summer months and Sundays. 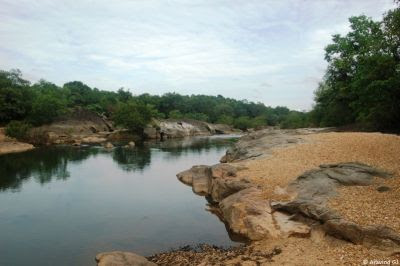 The day ended by taking some snaps at Agumbe sunset point. We then just roamed around Agumbe and killed time. 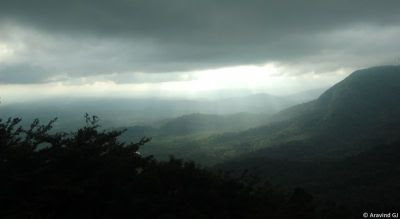 The next day started with a visit to Barkana falls. It is about 4 km walk from the main road. We walked non stop for 45 minutes to reach the falls. It is a view point where Barkana falls can be seen as a thin line from a long distance. Few years ago, I had been to top of that falls while trekking to Narasimha Parvatha. 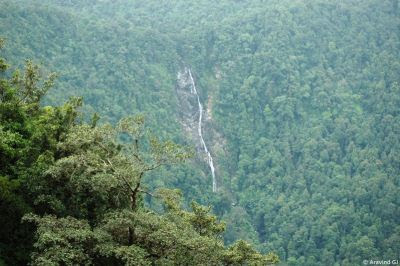 One can also go the bottom of the falls. It would need a full day but Girish who had been to the base of the falls earlier told it not worth the effort to go down. 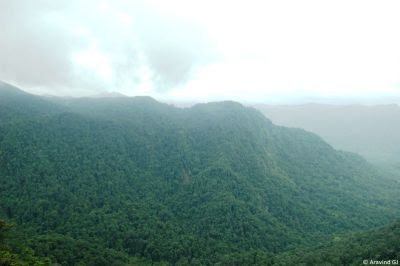 Another falls we visited was Jogi Gundi. It is difficult to locate the falls as the water drops from the side and cannot be fully seen. The pool formed by the stream is huge. 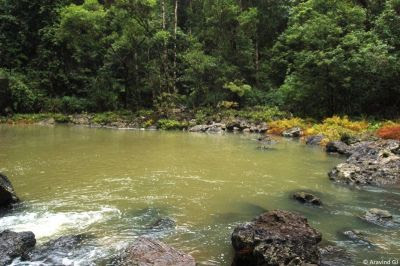 Post lunch, we went to the last falls of the trip, Onake Abbi. It is about 3.5km walk from the main road. The entire path is leech infested and we felt that we were walking on the leech bed!! We quickly covered the distance in 30 minutes. The forests were very dense and we had bypassed a few fallen trees. Concrete steps were constructed at the last point. That led directly to the stream. 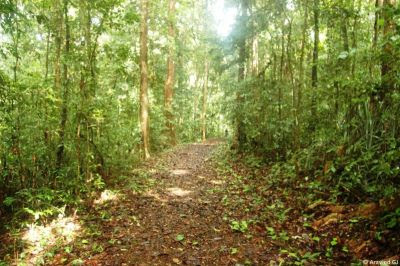 Actually, we were at the top of the falls. We had to go to the edge and lie down to see the falls. It was very scary and dangerous thing to do during rains. The rocks were very slippery but still I managed to go and take a snap!! 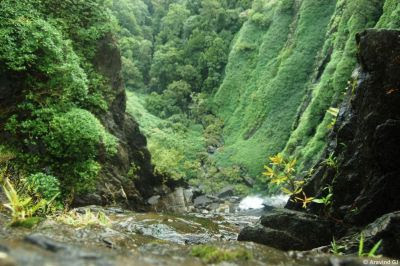 There is also a way to reach the bottom of the falls. I have decided to do that post monsoon.
More photos of the trip can be seen here.