October 31st - November 1st 2009
Continued from Bandhavgarh.
After Bandhavgarh, our next destination was Khajuraho. We hired a taxi as there were no direct buses or trains between these two places.

The distance was 250km. The route we took passed through the towns of Umaria, Amanganj and Panna. Panna Tiger reserve has now lost its shine after all its 24 tigers were poached early this year.

We reached Khajuraho afternoon and check into Hotel Payal. We were amazed by the number of five star hotels in that small little town. 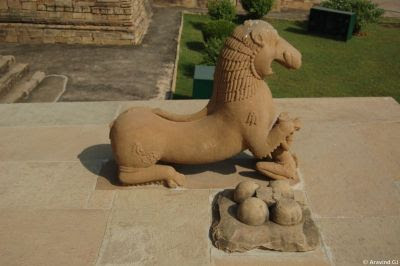 Evening, we headed towards the Western group of monuments for sound and light show. A one hour show gave the details of the history of the Temples of Khajuraho and its rulers. If one wants to take photographs of the light show, tripod is a must. I struggled a lot to take a decent photo. The show itself was quite good with some good light effects and voice of Amitabh Bachchan. 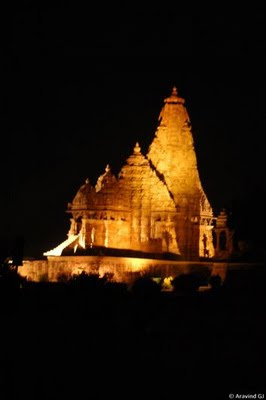 Next day morning, we were at the gates of Western Group of monuments. The most important Temples of Khajuraho are in this complex. 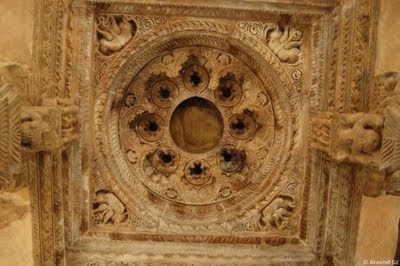 Architecture on the roof of a Temple 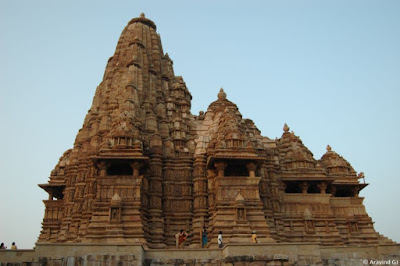 Side view of Khandariya Mahadeva Temple

We started with the visit to Lakshmana Temple. The Temple dedicated to Vishnu was built by the Chandela ruler Yashovarman between 930-950AD. Like all Khajuraho Temples, this temple stands on a high platform. 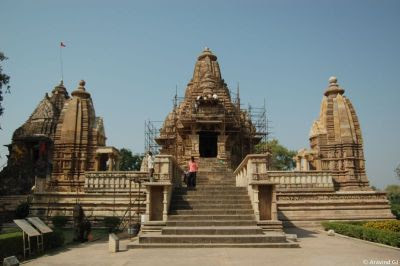 The nearby Varaha Temple was also built during the same time. It is a small Temple but has a colossal image of Varaha. Vishawanatha Temple is one of the magnificent Temples in the Western group. This was built after the Lakshmana Temple and architecturally more superior than its predecessor. 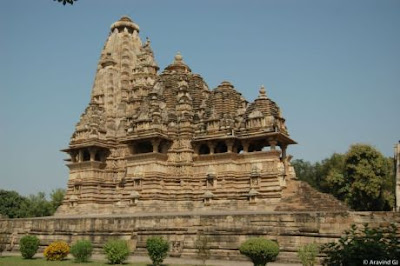 In front of Vishawanatha Temple, is a Nandi Temple with a huge statue of Nandi. 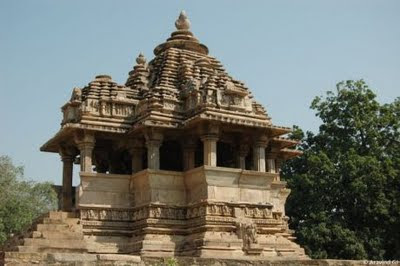 And there are Jagadambi Temple and Chitragupta Temple which resembles each other. 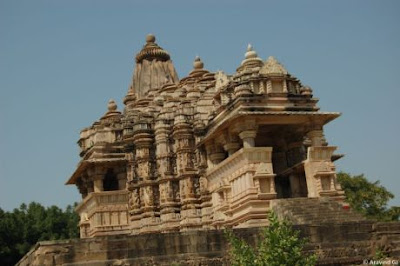 The largest and the loftiest monument in Khajuraho is Khandariya Mahadev Temple. It is said to be the pinnacle of North Indian Temple architecture. 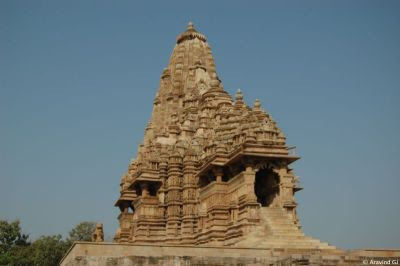 I am not writing the details about the Temples or its sculptures. There are available on the web and the information is too large to write here!! 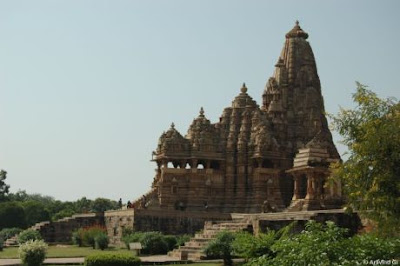 We were at Khandariya Mahadev Temple again the evening. Our guide had mentioned that the Temple gets a reddish tinge just before sunset. He was right!! 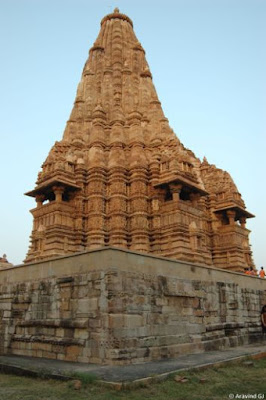