25th-26th October 2009
Continued from Omkareshwar
Ujjain is one of the ancient cities in India. It is also a major religious center with several Temples and home to one of the 12 jyothirlings.

We reached Ujjain at about 5PM. Our deal with the taxi was till Ujjain and we would on our own for the remaining days.

In the evening, we took an auto to Mahakaleshwar Temple which is also a jyothirlinga. The ancient Temple has a modern look.

The next day started with a visit to Kala Bhairava Temple. The Temple is situated on the outskirts of Ujjain. 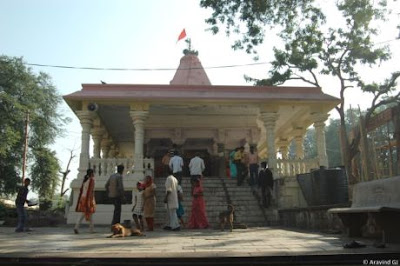 It is a Temple where alcohol is served as ‘theertha’ (sacred water)!! The pooja items will also contain a bottle. Half of the drink is given to the God, while rest is given as ‘theertha’!! 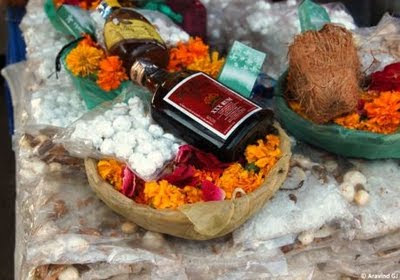 Sandipani Ashram was next in the list. This is the place where Lord Krishna was educated. The ashram was very serene. This is the only place in India which has a standing bull in front of a Temple. 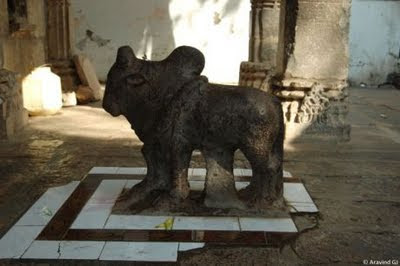 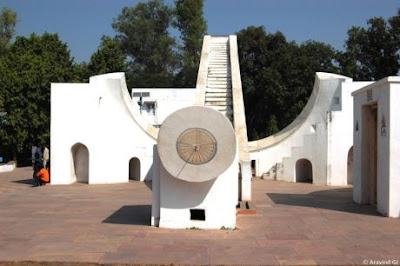 Ujjain has hundreds of Temple. Based on one’s interest and time, one can keep visiting them until he gets bored!!

After Lunch, we checked out of the Hotel and headed towards the railway station.