2nd November 2009
Continued from Eastern and Southern group of Temples, Khajuraho.
The last day in Khajuraho was dedicated to nature. Being near to Panna National park, there are few scenic locations near Khajuraho. 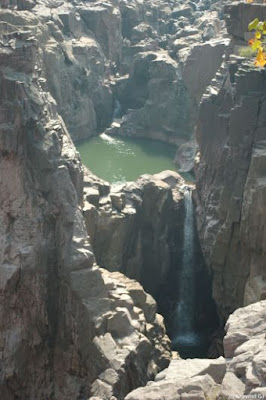 Raneh falls which is at a distance of 22km from Khajuraho is formed by Ken River (also called as Karnavathi). 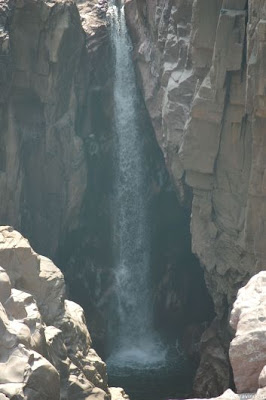 Ken River here flows through the rocky gorges providing some stunning views. The waterfalls and rocks look inviting but forest department has put up barricades after series of mishaps in that area. Now, each tourist group is provided with a guide who makes sure that people do not venture out of the designated path. 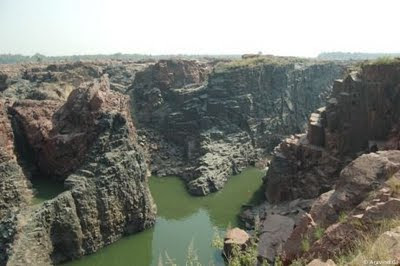 There is another falls higher than Raneh but only top portion is visible. 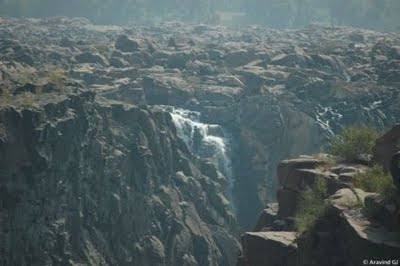 Another important place to visit is Ken Gharial which is at a distance of 6 km from Raneh falls. We spotted a Nilgai on the way. 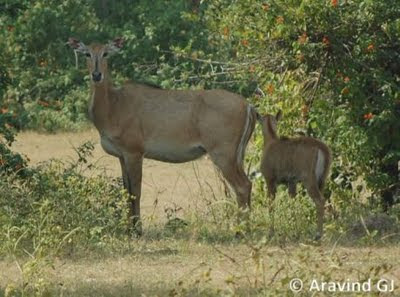 The Gharials (Alligators) were absent on that day which was disappointing. We took a boat ride on the river. I was shocked to see that the boat was leaking which kept the guide busy in fetching out the water. The boatman shocked us even more when he said that the boat had toppled on the previous day. But that was due to mischievous people who jumped into the crocodile infested river just to have fun. 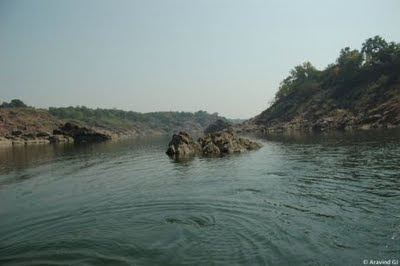 The group of black storks provided an opportunity to take some good snaps. 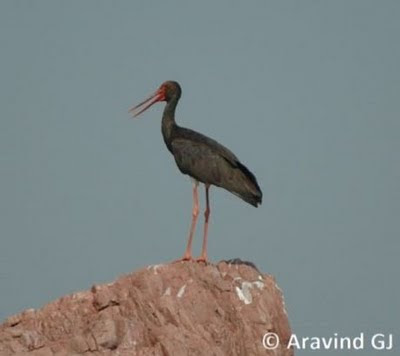 On the way back, we spotted a fox that appeared suddenly from nowhere. I also saw a huge lizard but could not take a photo. 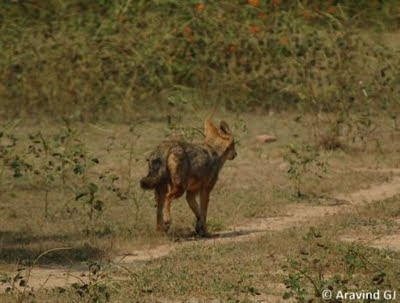 Pandav falls is 35 km from Khajuraho inside Panna National park. It does not have much water but the place looks great!! 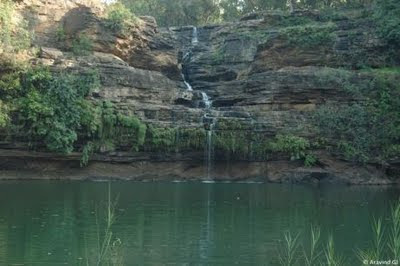 It is a must visit place for Khajuraho visitors. 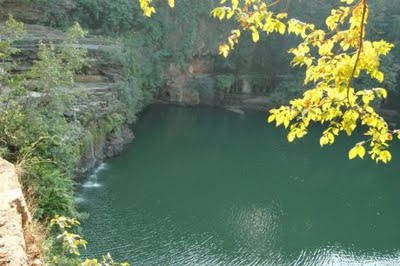 It was evening by the time we finished with these places and our MP journey was coming to an end. We headed towards the railway station to board the train for Delhi.

This brings an end to travelogue of one my best journeys.
The photos of the trip can be seen here.